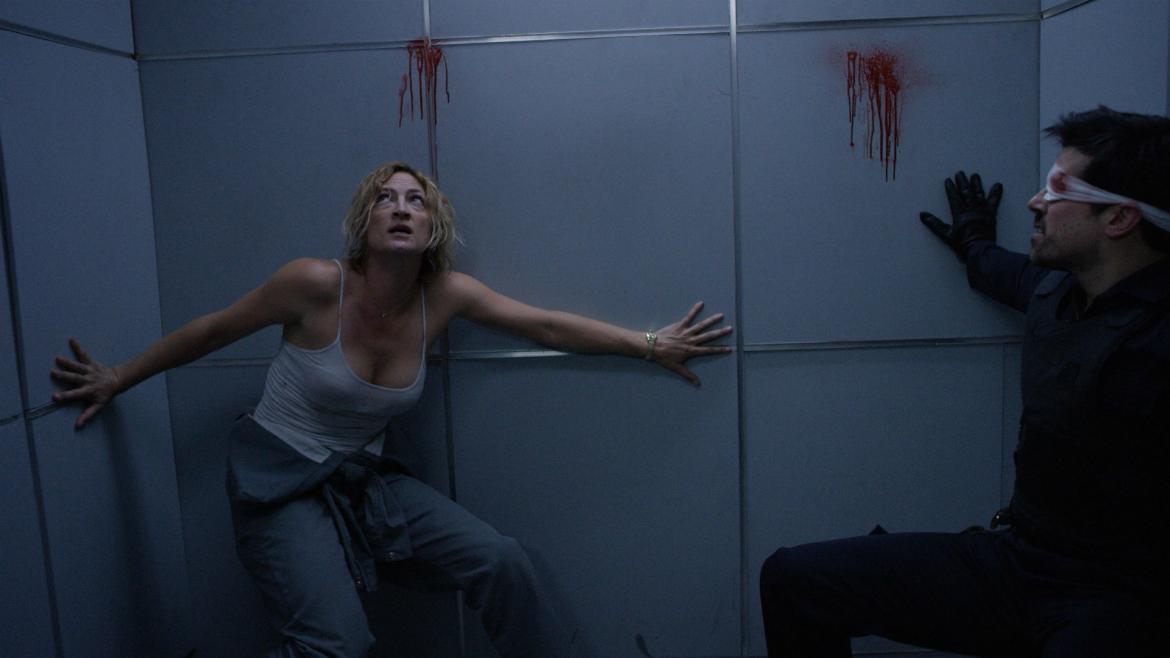 Paradox, a lackluster, low-budget sci-fi yarn, treats time travel the same way most beachgoers treat the ocean. Rather than diving right in, its main characters – the team of scientists who’ve cracked time’s code – dance around the edges first. However, slowly getting acclimated isn’t risk-free. The team decides to send one of its own, Jim (played by Adam Huss), forward in time by one measly hour. However, when Jim arrives, he essentially experiences the time-travel equivalent of stepping on a barely-submerged great white shark. He finds the rest of the team dead or dying and a masked killer on the loose, necessitating a much shorter trip than anyone anticipated.

There are two things about Paradox liable to catch the eye of movie fans absently scrolling through their streaming service offerings. The first is the presence of the normally charming Zoe Bell in a lead role. Bell plays Gale, one of the main scientists, who also happens to be nursing a secret. The second reason to stop is the time travel gimmick, which is usually good for some fun-if-incomprehensible shenanigans. Be forewarned, neither element lives up to its curb appeal.

For starters, Bell is wasted here. As an actress, her greatest features are her effervescent personality and her delightful Kiwi accent. Those are both buried six feet under as the unremarkable American scientist. Her presence in the part begins to feel even more alien as pieces of Gale’s backstory and characterization are revealed. Outside of letting her throw down in fisticuffs during the third act, the movie, confusingly, seems to refuse to play to her strengths.

As for the time travel gimmick, there’s little in Paradox that can’t be found in other, better movies. It borrows the masked tormentor angle from Timecrimes and features a criminal mastermind origin story reminiscent of Looper. There’s a damaged videotape subplot that feels very Event Horizon. Heck, many of the film’s character names come right from the Terminator universe. Having seen those other films renders the twists and turns of Paradox fairly predictable.

The low budget doesn’t help Paradox, especially during its climactic moments. In particular, the cheap-o lighting and digital effects used to bring the fiery elevator climax to life are flat-out brutal. Still, for much of its runtime, budgetary constraints are an afterthought compared to other, more persistent issues. The film lacks depth and creativity in its time-travel narrative and it longs for its character interactions to be smart and snappy, but in practice, they fall short of that mark. Potential viewers would be well-advised to resist the lures of Paradox, such as they are, and keep scrolling.