The Serpent and the Rainbow (Movie Review) 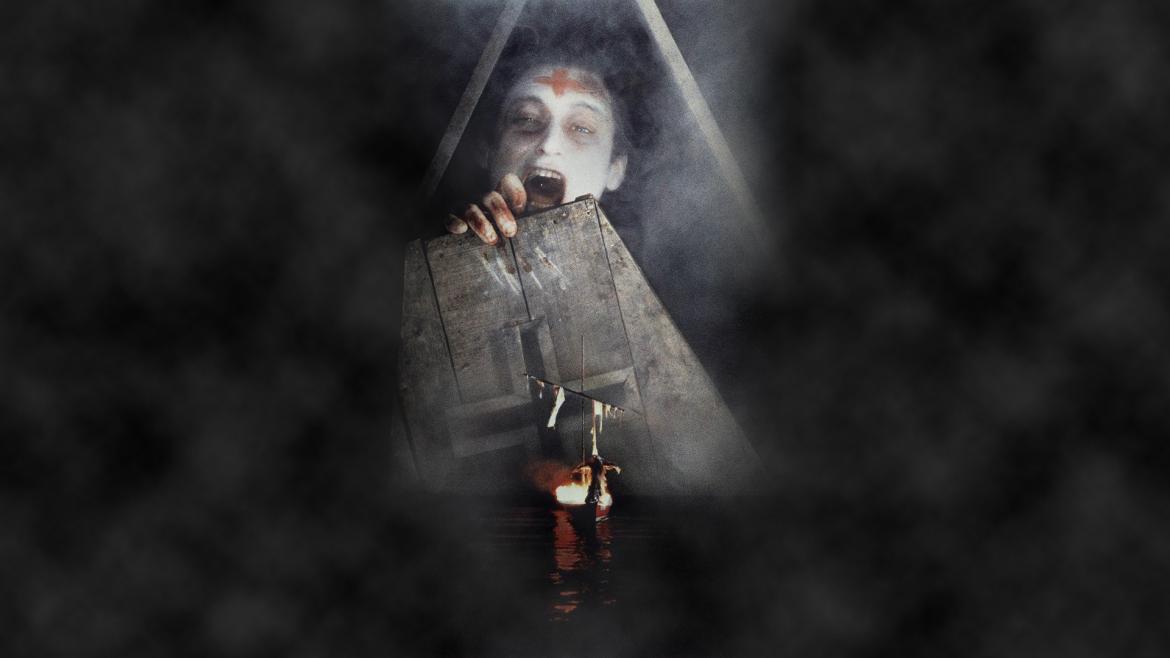 As a writer/director, Wes Craven has certainly been a hit or miss kind of guy. When he's hitting the mark he's creating genre defining moments like those found in "A Nightmare on Elm St" or "Scream". When he's missing, he's churning out utter shit like "The People Under the Stairs", or even worse, "The Hills Have Eyes Part II". It's this dichotomy that makes Craven such an enigma in the horror genre. Fortunately for me, when I sat down tonight to watch "The Serpent and the Rainbow", I was not disappointed.

The main plot involves a dangerously curious scientist played by Bill Pullman. He decides to go to Haiti to do some research on a voodoo drug for the pharmaceutical company he works for. The drug, which is said to turn people into "zombies", is coveted by his company because according to his generic "evil business man" boss, "it could save millions of lives". How that could happen I'm still not sure, but that doesn't stop Pullman from entering the Haitian jungle by his lonesome, and getting caught up in some seriously nasty voodoo. Plus, he seems to have gotten himself into a pretty sticky political situation along the way.

Once he arrives in the jungle Pullman teams up with a seriously sexy doctor played by Cathy Tyson. The relationship between the two is the fuel that keeps the plot churning along. Although the love story that develops is hardly a surprise, I found myself pretty heavily invested in the relationship. As a viewer, you find yourself screaming at Pullman to get the hell out, and yet so caught up in his curiosity that you can't help but want him to push further. It was a welcome treat to actually be given characters who I cared about.

As far as the "horror" elements brought to the table here, Craven mostly delivers. His strange and dreamlike camera work (in the appropriate dream sequences) lends itself to the sense of vertigo and otherworldliness that Pullman's character is experiencing. The film isn't overly bloody or violent, but there are a few points that will definitely get a rise out of you. I was particularly taken aback by the snake lunging sequence (being any more specific would ruin it for you), and a horrendously violent scene in which Pullman has a large spike driven into his most "sensitive" of areas. I'll let your imagination do the rest. Unless of course you've already seen it, and in that case, sorry to bring up bad memories.

Beyond the violent bits, Craven does a splendid job of creating incredibly palpable atmosphere. The Haitian world he creates is one filled with beautifully sinister lights and sounds, and some even more sinister people. Because he has created something so genuine and believable, everything that happens has that much more impact.

In the complaint department, you'll only get a few minor quips from me on this one. I was a bit confused about one of the main characters. In the beginning Pullman is in a jungle (not in Haiti) and runs into a Shaman that gives him some hallucinatory drug. Then once in Haiti he encounters another man (or the same man?) who is this time the chief of the government's secret police. You see my confusion. I wasn't sure if this was some type of spiritual thing that wasn't supposed to make sense, or if it really was the same person, or if I'm stupid. It could have been a little bit of all those things, but either way I was a bit confused.

For most of the film, Craven does this wonderful dance between fantasy, reality, science and voodoo... and the thin lines which separates them all. If this is something you enjoy, the the ending might throw you just a tad. It seems to jump over the cliff of voodoo and magic, and to me seemed a bit heavy handed. To be honest though, it didn't make me any less invested in the characters or their fate, so no harm done. The ending also seemed a tad abrupt... I would have liked to see Pullman and his Dr. lady friend back in the states... or at least somewhere safe for once.

It's official though, you can chalk this one up as a win for our boy Craven. It's one of those movies in his repertoire that isn't always mentioned with his classics, and as such may not get the recognition it deserves. The DVD is only 10 dollars now, so you have no excuse not to check it out. It's a great exercise in walking the line between fantasy and reality... suspense and horror.