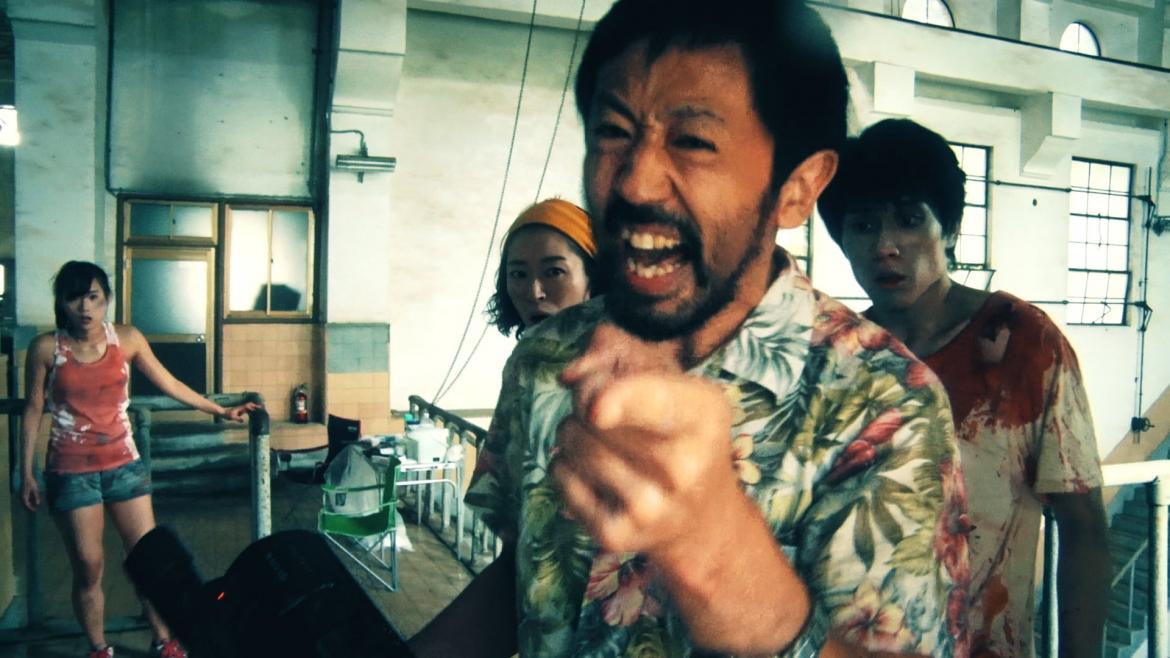 One Cut of the Dead (Movie Review)

When you hear the phrase “Of the Dead”, your brain may conjure up images of black and white zombies, shopping malls and a franchise that transformed horror...before taking a precipitous turn for the worst. George Romero’s films started off strong but then, like the bodies of the cinematic walking dead, the stories and social narratives that held the movies together rotted away and we were instead given an ever-growing number of films that were forgettable and disappointing.

Based on title alone then, you may automatically think that Shin'ichirô Ueda's 2017 film One Cut of the Dead will let you down. I am here to tell you that One Cut shares nothing more with the franchise than a cheeky nod at the naming scheme and the same shambling monsters that Romero helped make famous.

Now before we go any further, I have to advise that you want to have as little of this movie spoiled for you as possible. I would advise that you avoid trailers, plot synopses, and even reviews (other than mine, which will contain no big spoilers). If you have the chance to see this movie with an audience I would certainly recommend that you take advantage, but this is certainly going to be a good time no matter how you watch it.

One Cut of the Dead is about a small movie crew that ventures out of Tokyo to an abandoned World War II research facility that is to serve as the setting for their zombie movie. Things take a turn for the worse when they encounter real zombies and things just get crazier and crazier from there!

From beginning to end, One Cut of the Dead is chock full of zainy performances and a high joke density that would feel forced in a lesser film. Working with a shoestring budget, the film is also able to make the most of their resources and offer some pretty great kills and fun effects.

I can almost guarantee that this movie is going to become a cult classic once it becomes widely available. Do yourself a favor and watch One Cut of the Dead as soon as you get the chance. You certainly haven’t seen anything like it before!