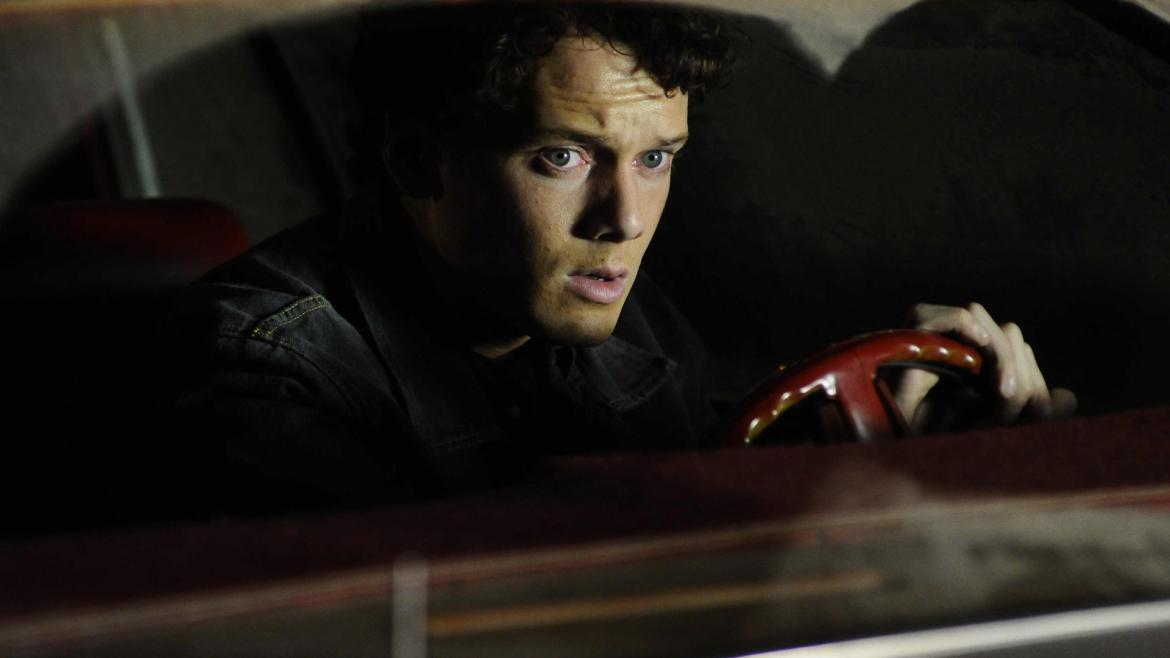 There’s nothing strange about how the title character of Odd Thomas (Anton Yelchin) makes his living: a short order cook at a diner. Of course, with a name like Odd, there was inevitably going to be more going on. It so happens that Odd moonlights as a kind of unofficial clairvoyant detective. He doesn’t merely see dead people; he’ll also jump in and throw fists with the mortals who did them wrong. Besides the ghosts, Odd also sees these monstrous harbingers of tragedy he calls bodachs and can occasionally see the future in his dreams. So, clearly the name fits.

An increasing number of bodachs and the appearance of a mysterious stranger lead Odd to believe something terrible is going to happen in his hometown. With the help of his girlfriend Stormy (Addison Timlin) and the mostly passive support of the local police chief (Willem Dafoe), Odd launches an investigation.

Odd Thomas, which was written and directed by Stephen Sommers (of The Mummy and Van Helsing fame), traces its roots back to a series of novels by Dean Koontz. If you didn’t know it’s based on a series going in, you’ll soon start to suspect it given the time the movie devotes to building the complex world Odd inhabits and laying down (and skirting) the afterlife’s rules. All of this heavy-lifting is done by Odd himself, who is our main character, our narrator, and really the only character the film takes time developing. We spend so much time with Odd, learning about what it takes to be a clairvoyant ass-kicker, that everyone else in his life becomes either window dressing (Dafoe) or a plot device (Timlin).

The saving grace of Odd Thomas is that Yelchin is perfectly cast as Odd, bringing a likeable ease and – even more impressive – an everyman quality to a guy with decidedly otherworldly sensibilities. The film gets by on the shoulders of Yelchin for two acts, but finally stumbles in the third. It turns out it wasn’t just the sidekicks that got lost in the shuffle. The movie also forgot to establish a truly viable villain. Instead Sommers settles for (spoiler alert) creating a last-second cabal out of several of his more useless and uninteresting side characters.

Visually, Sommers knows what he’s doing and Yelchin provides a sturdy foundation, but it’s not enough to fully salvage Odd Thomas. From a story perspective, Sommers is unable to juggle his many plot elements. Odd himself may come out fine, but sadly, those who inhabit his weird world with him aren’t so lucky.