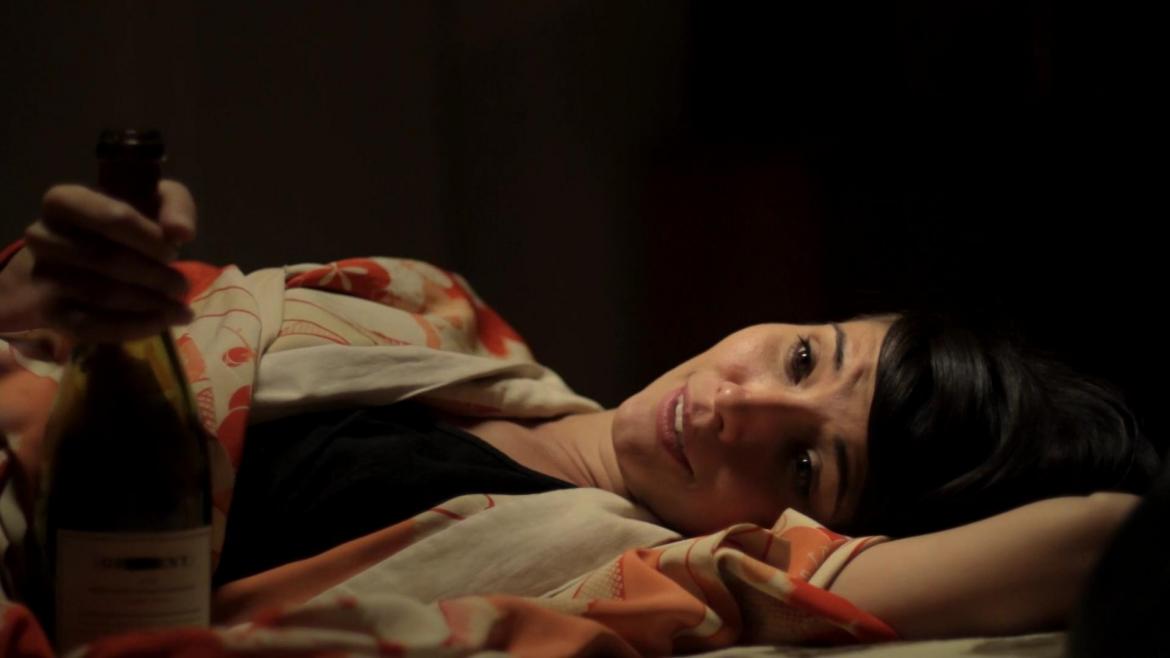 This is what happens when you play Netflix horror movie roulette. Not being any kind of Netflix expert myself, I was assured by the friend that I was watching this with that 2 1/2 stars is, in fact, the sweet spot for horror films on there. We were wrong. Oh so wrong. Kill me now. Kill me now, Alyce. Or... you know... kill me after about an hour and twenty minutes of doing a whole lot of nothing. Onward.

In Alyce Kills the titular Alyce (Jade Dornfield) accidentally knocks her best friend and possible #wcw, Carroll (Tamara Feldman), off the roof of her apartment complex during a night of drunken debauchery. Wracked with guilt, Alyce then spirals out of control in a rampage of drugs, depression, and maybe even murder.

Perhaps the biggest stumbling block for Alyce Kills amongst the many that are present is the fact that it doesn't even come across as though Alyce actually pushes Carroll. The way the scene is shot, it just looks like Alyce sort of falls on her face and Carroll, who is drunkenly dancing on the ledge of said roof, falls on her own. This makes the downward spiral that we then watch Alyce go through for the next hour just seem unmotivated and ridiculous. Alyce at one point declares that she pushed Carroll (maybe she did, but she was drunk and on E at the time, so who actually knows?) and then smothered her with a pillow in her hospital bed (which she definitely did after Carroll didn't actually die from the fall, and which no one actually follows up on after she's yelled it at the funeral), but, other than that, one couldn't be blamed for spending much of the film's runtime wondering why Alyce is so upset.

This isn't helped any by the acting. Which veers from passable to horrible in fits and starts. One of the few highlights is Eddie Rouse as Rex, a drug dealer that Alyce becomes caught up with. He's utterly ridiculous, but it at least seems like it's on purpose, and it's a tone that the film could have used more of.

And now I need to go back on something I just wrote two paragraphs ago, the film's actual biggest stumbling block is that nothing much happens until the last fifteen or so minutes of the movie. Sure, that last fifteen minutes is actually pretty cool, but, until that point, the audience just follows Alyce as she alternates between moping, doing drugs, and... well... that's actually kind of it.

But man, that's one of the funniest body disposal scenes I've ever seen.