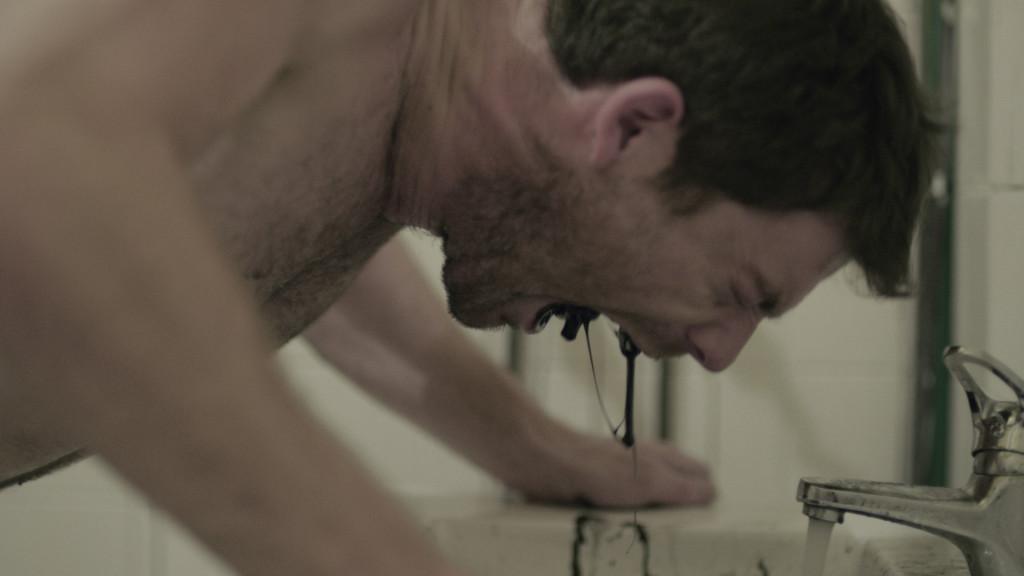 There's something admirable about movies that plunge the audience right in the middle of the action and let everyone play catchup from there. Observance is one of those movies- it places the audience right in the midst of a psychological horror scenario, decide what's real and what's not, and fill the gaps in the story as it goes along. However, somewhere along the way it seems that Jospeh Sims-Dennett forgot one of the most important things that most movies have....an ending.

Parker (Lindsay Farris) is a man reeling from a personal tragedy that has put distance between him and his wife and plunged him deep into debt. To get back on his feet he's returned to work as a private investigator. For his latest job he's been placed in a dilapidated apartment and told to watch a woman, Tenneal (Stephanie King), from across the way and report on her and her actions daily. However, the job becomes mentally straining on Parker as his sanity seems to be pushed to the limits and he begins to suspect the job is not everything it was billed to be.

Observance, unlike many more mainstream thrillers refuses to hold the audiences hand from scene to scene. That aspect is both admirable and frustrating at times as some of the film's questions come with very little information to help fill the gaps. The central premise is 100% clear from the outset- Parker must watch Tenneal's every move from a distance and tell a mysterious man over the phone what she does. It's Parker's back story and additional plot developments that linger out of focus even after the movie is over. Sims-Dennett's uses a number of clever tricks and jolts to keep the us on our toes, but maintains a stoic poker face right up to the bitter end.

There's very little in the first half of the movie that would suggest that this has any root in the horror genre- then Parker's sanity begins to deteriorate. The downward spiral is triggered by a graphic and stomach churning vomit sequence which quickly transforms the film into a Black Swan-esque portrait of delusion and insanity. Once the horror aspects start emerging from the shadows the more we question what's real and what's being conjured up as part of Parker's mental deterioration.

There are two key components that Observance lacks that keeps it from being an exceptional psychological horror flick. Although Farris gives a strong performance, he lacks the chops to take it to the next level and leave viewers breathless. Secondly, the ending has all the flair of a shoddy second rate found-footage flick that bows out leaving absolutely no closure. Still though, solid cinematography and confident direction make Observance a worthwhile psychological horror worth spying on.

Note: Screened as part of the 2015 Fantasia Film Festival.