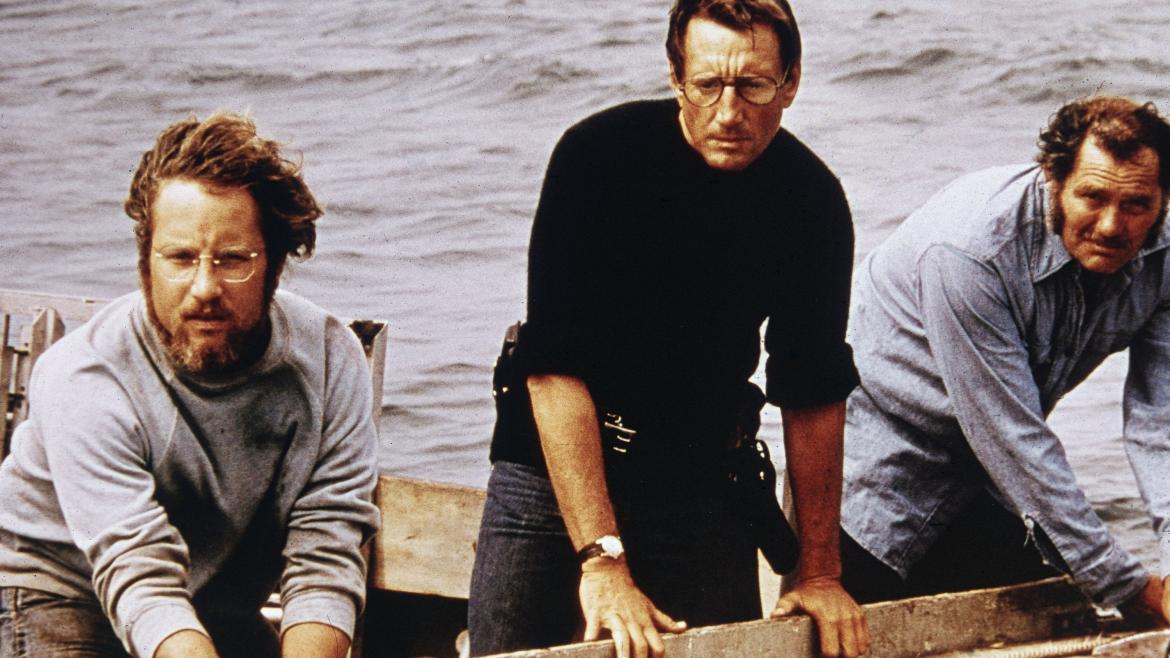 There’s an old saying that a smooth sea never made a skillful sailor. Whether that’s literally true is a question best left for someone with stronger sea legs. However, the idea that a finished product is better for the hardships it endures is correct in other instances, such as a certain classic film, one that’s set on the high seas and renowned for being something of the cinematic embodiment of Murphy’s Law. Everything that went wrong with Jaws – and there was plenty: a malfunctioning villain, a perpetually unfinished script, a young director whose ambition would not be restrained by practicality – could have sunk the film. Instead, Jaws managed to swim tall as an unstoppable, thrilling force of nature that succeeded grandly, not in spite of those struggles, but because of them.

There’s no better example of this in Jaws – which, is the story of a police chief (Brody, played by Roy Scheider) attempting to defend his small beach town from ravenous great white shark – than the shark itself. The fickleness of the machinery built to bring the shark to life famously forced the film’s young and untested director (Steven Spielberg) to scrap the idea of the shark as a character. Instead, by leveraging John Williams’ iconic, blood-chilling score and the point of view of the beast itself, Spielberg transformed his creature feature into a tension-filled, Hitchcockian nail-biter.

And then there’s the scene that is more than just one of the film’s most memorable moments, it’s one of Hollywood’s. The USS Indianapolis monologue delivered by crusty sea dog Quint (Robert Shaw) to an enraptured audience of Brody and shark expert Matt Hooper (Richard Dreyfuss) is the product of three writers. Two of those writers are uncredited and the third is Shaw, who is credited singularly for his mesmerizing performance and not his steady pen. It’s as if the world stops when Shaw starts telling the tragic story of the men who delivered the bomb that would be dropped on Hiroshima, a brilliant cinematic achievement forged from chaos.

How did Jaws do it? How did a production that could be generously described as a complete disaster birth a film now considered the blueprint for the modern blockbuster? Not only that, but a rare, great white shark of a blockbuster that remembers there has to be a beating human heart underneath the spectacle or none of it will matter. One possible answer is, when you surround yourself with enough talent and unbridled enthusiasm, sometimes you’ll find bad luck is actually good luck in disguise.