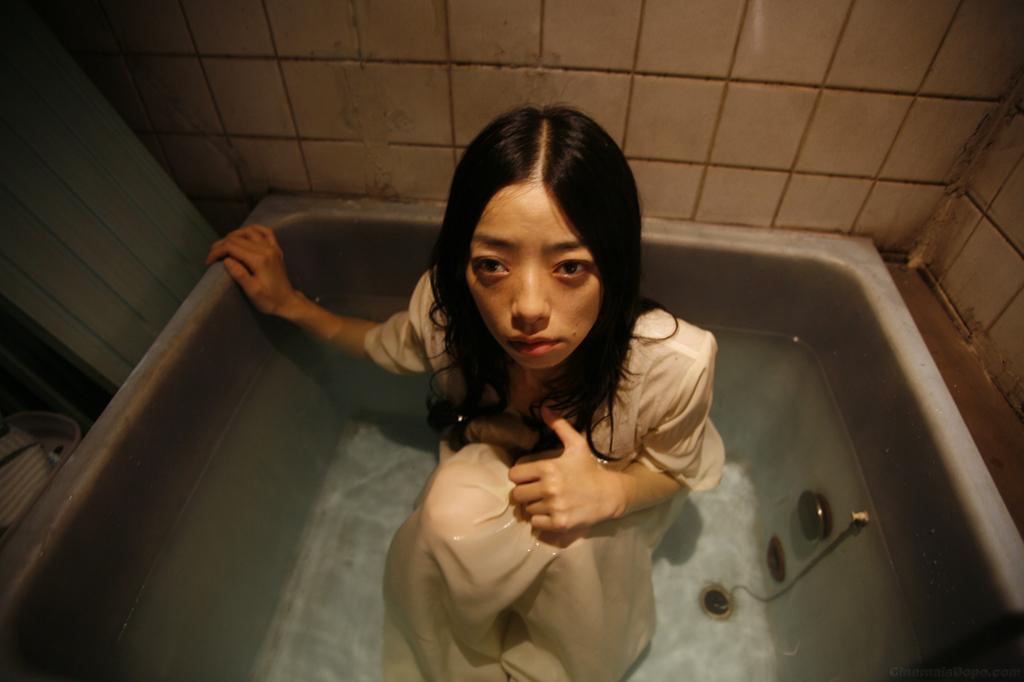 As someone who's suffered from horrific, heart-pounding nightmares for several decades, movies about dreams and the skittish individuals they terrorize have always been a fascination of mine. And while I'd like to say that Wes Craven's 1984 masterpiece "A Nightmare on Elm Street" had a hand in making my nightly childhood terrors even more intense and emotionally draining than they already were, that honor actually belongs to

Joseph Ruben's Dennis Quaid outing "Dreamscape." Take a moment to catch your breath, as I'm sure that statement has evoked a particularly wicked case of the giggles. To this day, I can't watch anyone transform into a snake without shrieking like a cheerleader.

Perhaps one of the most interesting motion pictures centered around the concept of nightmares is Shinya Tsukamoto's aptly-titled 2006 shocker "Nightmare Detective" (aka "Akumu Tantei"). The movie follows the eerie adventures of tormented hero Kyoichi Kagenuma, a man who has the uncanny ability to enter, explore, and examine other people's dreams. When compared to the director's previous efforts, namely 2005's "Haze" and 1989's "Tetsuo: The Iron Man," the film isn't nearly as unconventional or groundbreaking as it should be, though the plethora of striking visuals and star Ryuhei Matsuda's affecting performance certainly makes up for the picture's mainstream sensibilities.

Instead of rehashing and reissuing everything that made the original movie an international success, Tsukamoto approached his 2008 follow-up "Nightmare Detective 2" from a completely different angle. The film is much more subtle and, dare I say, darkly poetic than its predecessor, making for an unsettlingly atmospheric experience that's heavy on cold chills and creepy thrills. Rarely are genre-related sequels this creative, especially when the original concept could easily be mined again and again without attempting to do anything new or inventive with the central premise. One thing's for sure: Tsukamoto is not content to merely rest on his laurels.

The film opens with a particularly unpleasant nightmare, one that happens to belong to the picture's tormented anti-hero Kyoichi Kagenuma. Memories of his mentally disturbed mother's suicide continue to haunt him, and despite his best efforts, the troublesome nightmares associated with her passing persist. His desire for peace and quiet are ultimately shattered by the appearance of high school student Yukie Mashiro (Yui Miura), a girl who is visited nightly by a vengeful classmate hellbent on revenge. When her friends begin to die under mysterious circumstances, Yukie suspects it has something to do with these particularly distressing dreams.

Kyoichi, consumed with his own personal demons, initially rejects the poor girl's pleas for help, that is, until he discovers a connection between Yukie's nightmares and his mother's debilitating affliction. From there things tend to get a little complicated, as the very fine lines dividing dreams from reality begin to blur considerably. Easy, cut-and-paste answers are not offered, and, chances are, you'll be left drawing your own conclusions as to what, exactly, transpired between Kyoichi, Yukie, and their respective adversaries once the picture has ended.

In true Tsukamoto fashion, "Nightmare Detective 2" is often a tough cinematic pill to swallow. The narrative is frequently confusing, certain situations and scenarios don't immediately make logical sense, and the pacing is admittedly a little slow. That being said, these elements are generally what draw me to Tsukamoto's projects. The lack of a spoon-fed conclusion, as well as some truly scary moments, work in the movie's favor, and elevate the material well beyond its relatively simplistic origins.

Will everyone be as enamored with "Nightmare Detective 2" as I am? Probably not. Even those who consider themselves fans of the original entry in this shockingly inventive series will, no doubt, be mildly perplexed by the way Tsukamoto has shifted gears for the second outing. The film is slow, yes, but it's ultimately saved by Ryuhei Matsuda skillful performance and the director's ability to generate genuine terror from imagery that may be too familiar for some to appreciate. From where I'm sitting, the film is a breathe or fresh air, a vibrant, eerie, and frequently beautiful tale from one of Japan's most exciting directors.