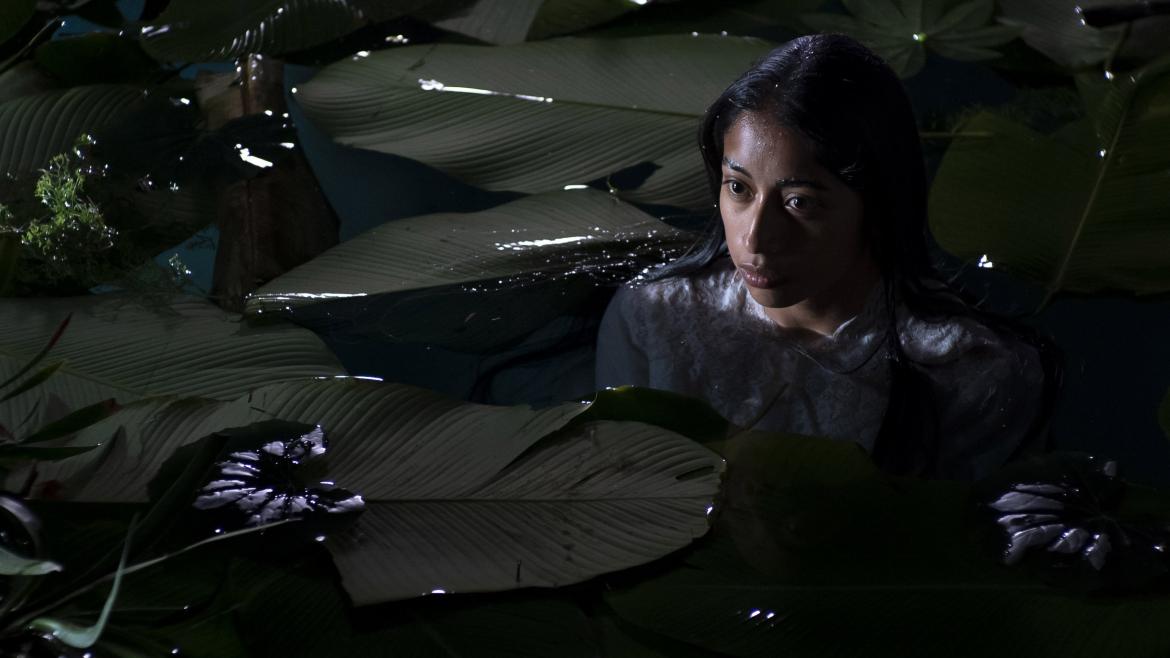 If you clicked this title thinking that I would be reviewing the Blumhouse joint, The Curse of La Llorona, starring Linda Cardellini, let me dispossess you of that thought right now. Released the same year as that film before making its way to the States via Shudder, La Llorona is a Guatemalan film with a very different take on the myth of the weeping woman. Fear not, this movie is way better than the American version (not a hard feat) and offers an arresting examination of the generational impact of genocidal violence.

Let’s start with the folklore. La Llorona is a character in Hispanic American folklore. In one version of the story, La Llorona represents the vengeful spirit of a woman who drowns her two children in a fit of rage after she discovers her husband is cheating on her. The combined guilt over her infanticide and anger toward her husband are the spirit’s motivating forces. This is the version of the tale the The Curse of La Llorona is concerned with. It is an inherently misogynist story that is used to pretty xenophobic results in the 2019 film.

By comparison, Jayro Bustamante’s film takes an entirely different approach. La Llorona centers on a high-ranking, retired General, who oversaw numerous attacks and massacres on the indigenous Mayan people in the 1970’s and 1980’s. The film’s first act includes scenes from inside the tribunal, where an indigenous woman, her face covered by a veil, recounts the horrors she experienced. The camera pans over to show row after row of women, similarly dressed, who have all presumably shared their stories. The General is found guilty of genocide, but the ruling is swiftly overturned and he returns to his home. He won’t be able to escape his past so easily, however.

The Mayan genocide that the movie is concerned with has been called the Silent Holocaust. Research by the Juvenile Division of the Supreme Court found that more than 200,000 children had lost at least one parent. Twenty-five percent of those children had lost both of their parents. Between 1980 and 1985, 45,000 to 60,000 adult Guatemalans were murdered or “disappeared.”

According to a press release from the Toronto International Film Festival, La Llorona is the third film in a triptych that Bustamante says tackles “three important insults” in Spanish. His first film centers around the Spanish word, indio, which means indigenous. His second film, the word hueco, which is a slur for a gay man. La Llorona is focused on the label of communista, or Communist, which he offers his own definition for,

“This is a word that has nothing to do with a political idea, but refers to all people who defend human, social, or individual rights. We live in a kingdom of political corruption in Guatemala, and if people do not accept human rights, horrible things like genocide can happen.”

Each of the films employ horror tropes to explore these topics. Bustamante chose horror after finding that it seems like one of the most popularly consumed genres of the moment, along with superhero movies. It is a shrewd move to be sure, and a successful one to boot.

La Llorona is a visually haunting film. After the incredibly powerful courtroom sequence at the film’s opening, the family returns to their home and are trapped within its wall. This setting does not feel cramped, however. There are many sequences of characters walking around the palatial home in the dead of night, sometimes searching for the source of a soft weeping that they can’t seem to find. Julio Diaz as the General is able to portray a man that is failing in health and somewhat frail, but still as monstrous as he’s always been and Margarita Kénefic as his wife Carmen gives an amazing performance as a woman who is barely holding on to the only reality she can allow herself to acknowledge.

The idea of “social thrillers” and “high brow horror” have become incredibly in vogue the last few years and while this reviewer doesn’t like either of those labels (don’t get me on my soapbox) if you are someone for whom these descriptors are appealing, then La Llorona definitely fits the criteria. As an outsider, this movie taught me about a genocide that I had no idea existed and prompted me to do research on my own. For those of us who live in the States, this may not be our history, but there can still be a lot to learn from it.