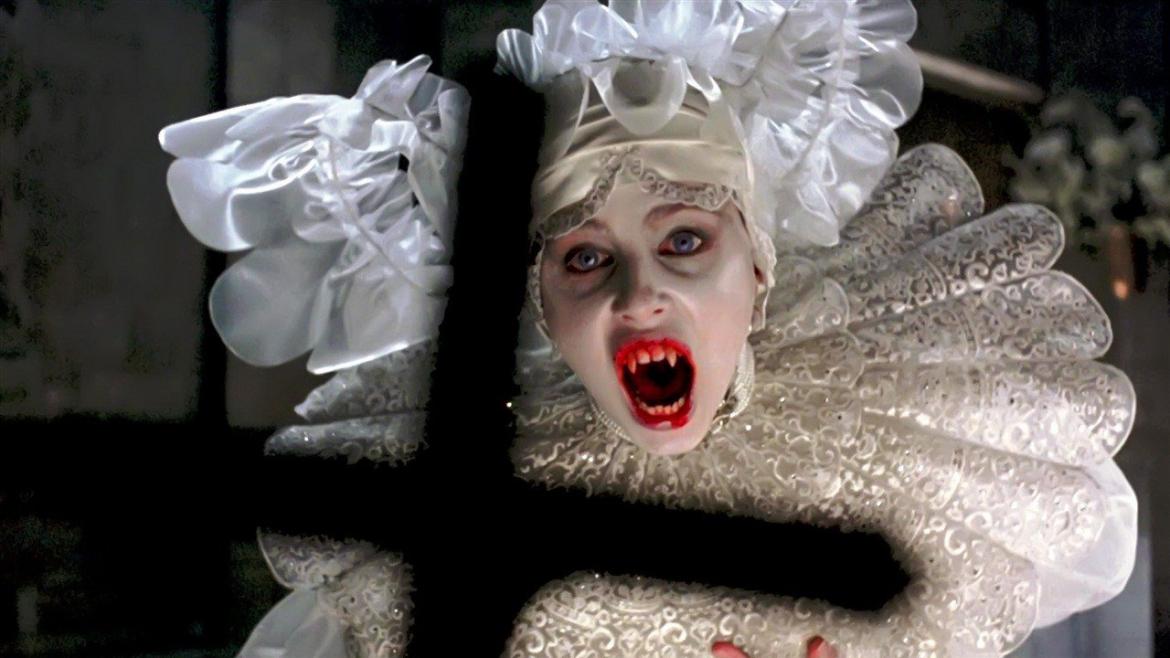 It’s rare that we get big budget, epic horror films. The genre consists of lots of works done on the cheap with hopes of not much more than making a quick buck. But in 1992, a beloved director assembled an A-list cast to take on one of the most famous books of all-time, Bram Stoker’s Dracula.

Many directors begin their careers in horror, and Francis Ford Coppola is no exception, directing Boris Karloff and Jack Nicholson in Terror for Roger Corman in 1963 and Dimentia 13 the same year. Few filmmakers return to the genre once they taste success. Yet, Coppola, arguably one of the most famous and successful directors in cinema history with films such as Apocalypse Now and The Godfather, returned to horror for a modern version of Dracula. It was both a critical and commercial hit, earning Academy Awards for Costume Design, Makeup, and Sound Editing, and bringing in $215,000,000 (the equivalent of $363,000,000 today) on a $40,000,000 budget.

There’s much to like about Coppola’s interpretation of Stoker’s novel. The cast is phenomenal. Gary Oldman has never been better as the count, portraying the character in many forms. We’re introduced to Dracula as a warrior during The Crusades. When we see him again, four centuries later, he’s an old man with a bizarre hairdo. The character also appears as a much younger man and a rapey werewolf-like creature. Anthony Hopkins plays Van Helsing, and he and Oldman seem to be waging an epic battle as to who can outdo the other in over-the-top accents. Winona Rider is also great as Dracula’s obsession, Mina, and Tom Waits turns in a nice performance as the bug-eating lunatic and vampire devotee Renfield. The weak link here by a wide margin is the much-maligned Keanu Reeves as Harker, Mina’s fiancé and romantic rival to Dracula. Reeves seems to be channeling Ted 'Theodore' Logan attempting to do an English accent.

The effects are excellent as well. Released less than a year before Jurassic Park’s mix of digital and practical effects changed the motion picture industry forever (for better or worse), Coppola’s film seems like it was crafted in a completely different era. Most everything feels real, without a hint of cartoonish CG effects we see in horror today. The makeup and effects, much of it created by Coppola’s son, Roman, who would go on to become a regular collaborator with Wes Anderson, are fantastic, as their Oscars would suggest. And the set design harkens back to the original Universal monster movies of the 1940s and Hammer's later technicolor creations.

Watching this film demonstrates that the use of computer effects is not the only major difference between what makes it to the cineplex today versus what audiences were accustomed to in the early 90s. It also shows that there was once mainstream horror meant for adults. The amount of nudity and eroticism on display would be foreign to viewers raised on today’s PG-13 fare.

Bram Stoker’s Dracula is proof that horror doesn’t have to be relegated to the lowest common denominator of cinema. Horror, when handled by a top-notch director with a budget and an exceptional cast, can stand toe to toe with any genre. For younger viewers who might find the original 1931 classic to be too “old” and foreign, the 1992 version is modern enough to give them some thrills. And for anyone looking for a bit of class with their blood and scares, Dracula doesn’t disappoint.