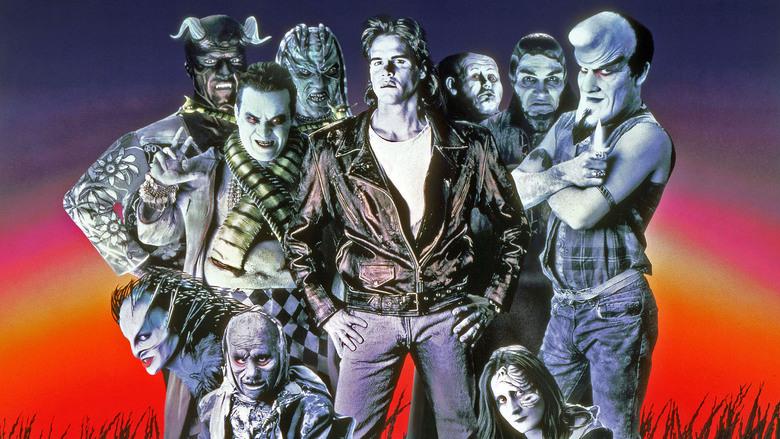 For many years, fans of Clive Barker's Nightbreed have clamored for the release of the "Cabal Cut", a cut that supposedly adheres more closely to Barker's original vision for the film. That cut has finally seen the light of day in the form of Nightbreed: The Director's Cut, but it's unclear if the "upgrade" has made much of a difference in terms of overall quality.

The story of Nightbreed is about a psychiatrist who just so happens to be a serial murderer who enjoys killing his own patients.  When he murders one of them at a cemetery known as “Midian”, the patient turns into one of the monsters that live underground there.  After discovering that the graveyard is full of monsters, and he leads the local law enforcement on a genocidal rampage against Midian.

In Nightbreed, Barker explores the differences between true evil and things that only appear to be evil.  For instance the “god” of the monsters is a being known as “Baphomet,” which in reality is a goat-headed wisdom-deity that was demonized by Christianity to the point that it actually became the symbol of satan.   Apparently, one of the reasons that this movie was chopped up so much was because the studio couldn’t wrap their heads around the idea of monsters that are heroes versus humans that are “monsters.”  It's not that complex of an idea, but at the same time I don’t think that large-scale American theatrical releases have a reputation for being especially nuanced.

There are many nitpicks that one could have about Nightbreed, but ultimately the numerous tiny flaws don’t destroy the overall product.  At the heart of the film is the exploration of the elaborate fantasy world of Midian, combined with impressive looking sets, and varying degrees in quality of special effects and creature design.  The only thing that stands out as truly irritating about the film is the incredibly flat performance from David Cronenberg as the lead villain, which is completely incongruent with the tone of the film. Nightbreed is the type of movie that practically demands a wild performance from it’s villain and you just don’t get one.

It's great that Nightbreed: The Directors Cut has finally seen the light of day.  Unfortunately, it still has enough problems that even the new cut won't necessarily make it a classic.