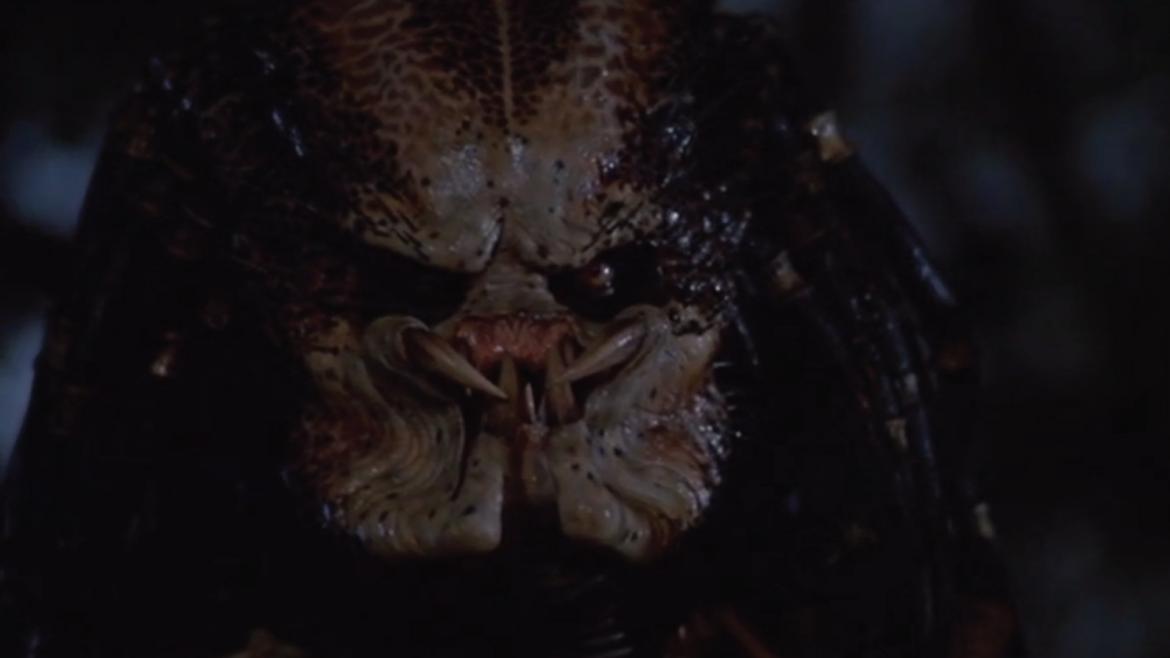 Before Arnie was frowning his way through the zombie apocalypse or appearing in a misguided reboot of a once popular franchise of which he was the star, he was rubbing mud all over himself to avoid the infrared gaze of one of horror's most iconic movie monsters. Despite showing some age, Predator is still one hell of a testosterone fueled ride with a whole lot of dude sweat permeating the screen from scene to scene.

For Predator we travel back to a time when a simple sentence wraps up all you need to know in a nice tidy sentence. A group of commandos, with cool names like Dutch (Schwarzenegger), Blain (Jesse Ventura), Dillon (Carl Weathers), and Mac (Bill Duke) are on a mission in Central America when they suddenly find themselves hunted by an alien warrior stranded on Earth. Even today, that sentence would be all you'd need to get a whole lot of butts in the seats. Then, everyone's minds would be blown when it turns out that the alien has the ability to camouflage itself to appear invisible, has a metal facemask concealing its ugly freakin face, and sees entirely in infrared.

As previously stated though, some aspects of John McTiernan's film have not aged well over the years. Specifically some of the special effects used when the "predator" is running or attacking with it's invisible cloak activated. Today's CGI would likely be able to pull it off without much hitch, but in 1987 it kinda looks like an old Mac screensaver where the words fly choppily fly across the screen with a lame tail or shadow following it. However, other times some of the special effects even for the time aren't nearly as shoddy as one might expect. In fact, the cinematography of the time created a jungle that felt like a character in and of itself- creating an epic setting that felt alive and full of tension.

The calling card for action in the 80's is incredibly cheesy action dialogue with uber macho men basically flexing their pecs and biceps hoping you won't notice the stilted nature of said dialogue. Where Predator sets itself apart is that the dialogue, while often very cheesy is delivered by a pretty capable cast- yes even Arnie. Of course by capable, I mean servicable, which isn't high praise to be sure, but if you know what you're getting yourself into with an 80's action/horror movie you don't need much more assurance then that.

Predator birthed some of the most memorable quotes we still use to this day- though most are almost always accompanied by cringeworthy Schwarzenegger accents. As a staple in the action/horror genre it's pretty safe to say they don't make them like this anymore and anyone who has seen any Schwarzenegger film in the last decade will tell you, we are long overdue for another movie like Predator.