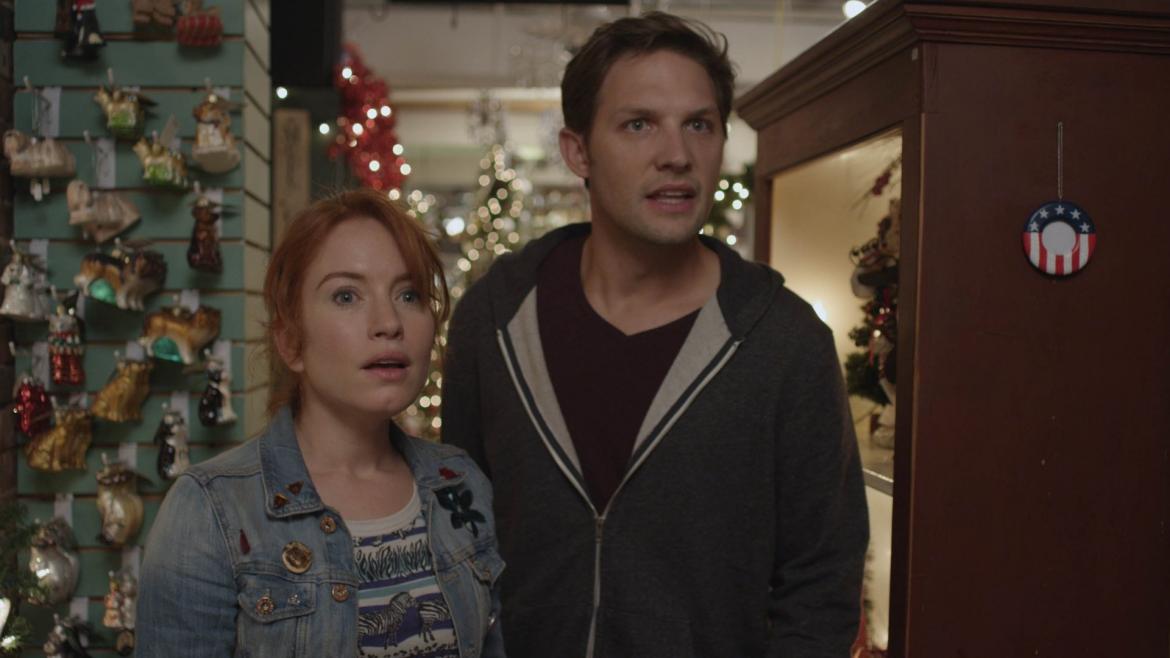 You get to choose a lot in life, but missing from that list are things like family as well as with whom you face a zombie apocalypse, apparently. A seemingly-mismatched pair of thirty-somethings finds this out in the low-budget romantic-zombie-comedy Night of the Living Deb. After a mishap at the local water treatment plant turns their hometown into ground zero for an undead outbreak, they watch as their one night stand bleeds over into an awkward partnership for survival.

Part of what helps the movie get by is its joke rate. First time feature writer Andy Selsor packs in enough broad, dumb humor to ensure a consistent enough stream of chuckles and smiles. If you’re looking for an incisive send up of the zombie subgenre, this isn’t it. However, there are plenty of gags on the level of how turning DMV workers into zombies would actually make them livelier. This is a poor example of how “not bad” this movie is, but it does illustrate the maturity of its sense of humor.

Another upside of Night of the Living Deb is its Deb, leading lady, Maria Thayer. She brings a quirky charm to the character that makes the film distinctly hard to outright dislike, though it would have been nice had Deb been built more like a real person. As it stands, she feels more like the goofy best friend and not the character we’re supposed to empathize with. Early on in the film, she overhears her dreamy one night stand partner, Ryan (Michael Cassidy), talking on the phone about how to get rid of her. Instead of being hurt by this, she hops in bed and immediately tries to seduce him when he walks in the room. Deb never fully shakes this detachment from reality. At times, this earns the laughs it seems intended to, but mostly it undercuts Thayer’s chance to deliver a more well-rounded comedic performance.

Night of the Living Deb has no aspirations greater than being unapologetically dumb as both a zombie movie and a romantic comedy. It succeeds in each regard. It hits all of the expected beats of both genres and, in either case, you could do better as a viewer. While your options are more limited, you can also do better in the romantic-zombie-comedy subgenre. Still, its light and easy tone and its charming lead are enough to buoy Night of the Living Deb to a comfortable place right near the middle of the pack.