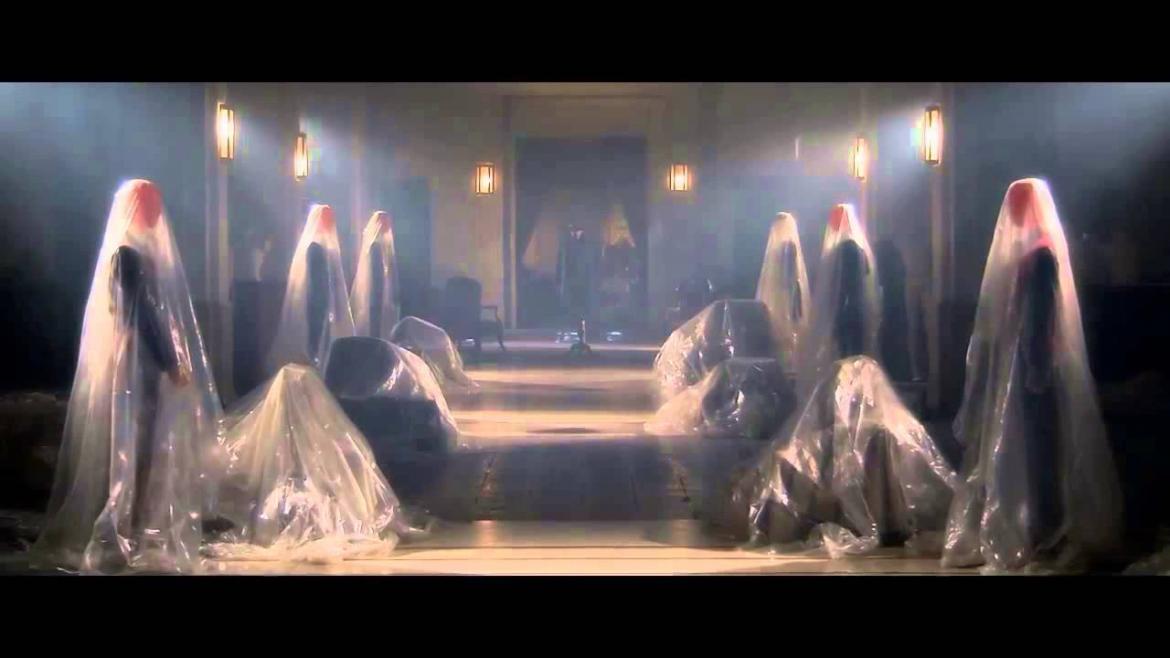 There is a thin line between mystery and utter incomprehensibility. Often times a film seems bent on leaving the themes to be parsed by the viewer, peeling back the onion to get a pungent whiff of its artistic meat beneath its arid membrane. This can create a more memorable experience as the viewer is forced to assimilate these ideas themselves and leave them to resonate long after the film has ended. Other films, as with Necrofobia, you peel back the onion and find there is nothing inside.

Necrofobia is the Argentinian Spanish language story (if I may call it that) of Dante (Luis Machin) a tailor who upon learning of his twin brother’s demise becomes paralyzed with fear of death and begins to lose his mind. We as the audience are then treated to increasingly frustrating and ultimately vapid delusions until the film frustratingly but mercifully ends at the 75 minute mark.

Some may be tempted to compare this film to the work of David Lynch, and on the surface this may seem like an apt comparison as this is a film that wants to make its hay with atmosphere and disorienting imagery to evoke a sense of otherworldly eeriness. The difference is that Lynch, when he is at his best, is able to bring forth a deeper subtext that can psychologically dig deep under the viewer’s skin; Necrofobia fails to illicit a paper cut. What’s left is the audience feeling as if they’ve simply watched a series of events with no connective tissue therefore falls painfully flat. Part of the reason for that is Necrofobia seems to have nothing particularly interesting or compelling to say about the human condition aside from the impending fear of death we all share as a human collective. The other is choppy editing that perhaps was intend to make the imagery more unsettling but instead results in the viewer feeling like they are watching an unfinished product.

Necrofobia is a bleak reminder that effective surrealism is a difficult task to pull off in film and why it is so often avoided; it is easy to misuse. This is especially true in horror where the temptation can be to simply throw a series of creepy and disturbing imagery at the viewer. Yet, a series of disconcerting pictures does not a film make, as when seemingly unrelated or tenuously strung together imagery is put together it can come across as nothing more than a slide show rather than a cohesive and affective narrative.