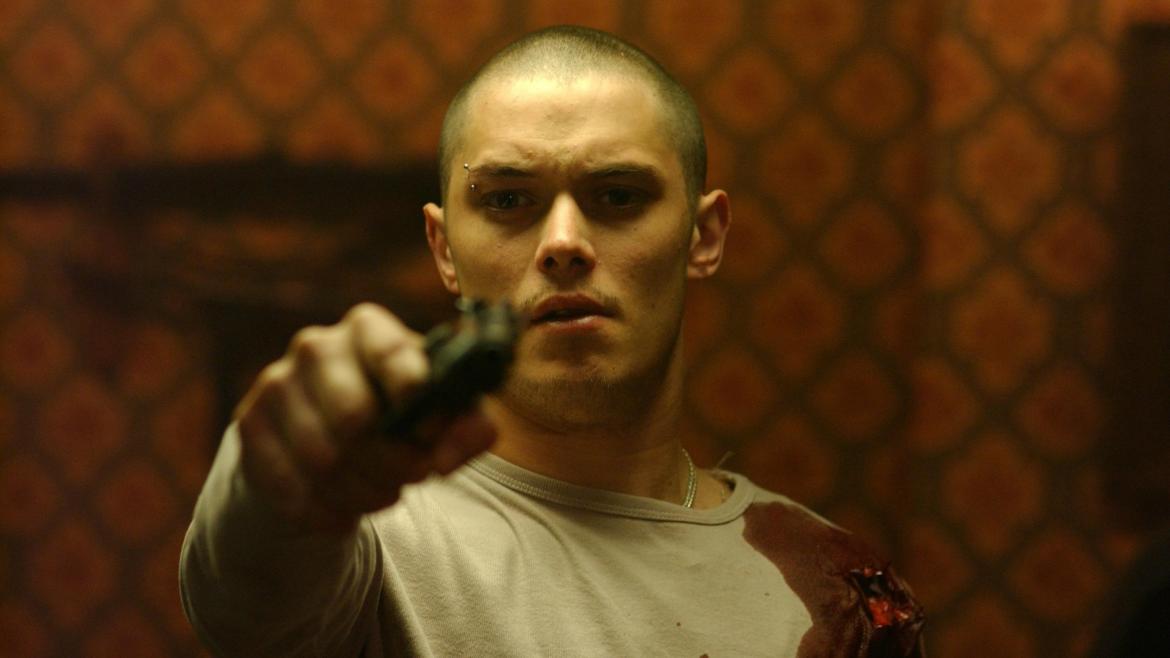 At the turn of the 21st century France made a huge push towards dominance in the horror community with what became known as the New French Extremity; named for its trademark grisly violence and shocking gore.  What made this wave special is that often times this came complimented by high minded political or philosophical ideas woven into the core. Frontier(s) especially lacks in this regard, especially when viewed some 10 years later.

Frontier(s) tells the story of a group of young French-Arabs fleeing the city of Paris after engaging in a fight with police in the middle of riots and political strife on the streets due to an extremist right wing government group taking power. Our poorly drawn heroes then flees to the countryside where they find themselves trapped by another form of fascists, neo-Nazis who take umbrage with their rudeness and decide to take a break from running their bed and breakfast so they may turn to dismemberment.

There is painfully little new here for anyone who has seen a significant number of horror films to really sink their teeth into. And sure there is nothing wrong with an homage to the Texas Chainsaw Massacre; it’s simply that when you do so little to add back to the genre it begins to feel more like a warming over of the same plot than a legitimately heartfelt dedication to a film you love. This goes double for the political message that is gestured at but in no way filled out or thematically declared through the actions or intentions of the characters. One should not claim political intention in a film unless you intend to stand on a ground that has more to say than giant Nazi’s with hatchets are bad.

Everything that happens in Frontier(s) is base. I don’t mean that from a content standpoint, in fact the crudest most animalistic elements of our nature is a requisite for a truly edifying horror movie experience; I mean from a creative standpoint. This is the outline of a horror film without fleshed out ideas or intentions. If it wanted to be a hillbilly slasher film; it simply should have been one instead of attempting to wrap it in the package of something with higher aspirations without doing any of the work to own it

Frontier(s) is a rickety structure built with glossed over ideas and characterization, and the internal guts jam packed with the clockwork of other better films