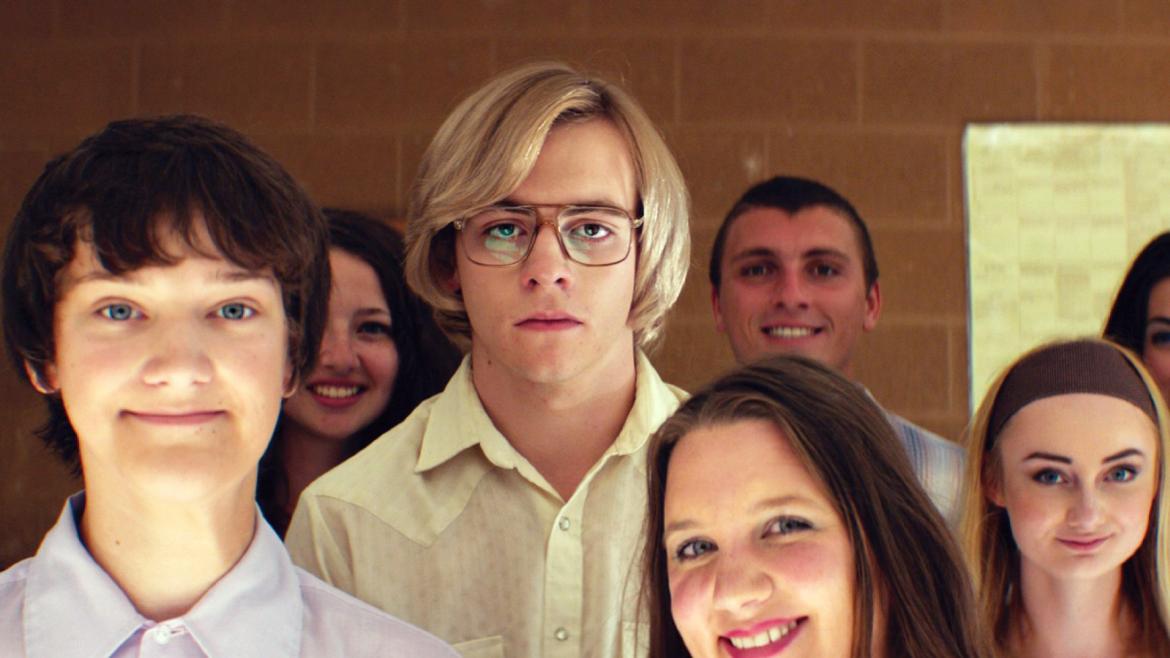 Something is not quite right about My Friend Dahmer. Granted, any film centering the infamous title character is bound to be rife with oddities. The film, though, which provides a humanizing insight into Jeffrey Dahmer’s upbringing, falters for its bold intentions despite a strong lead performance from Ross Lynch and its meditative plot that far from exploits Dahmer’s crimes.

From his schizophrenic mother (Anne Heche, whose never been worse) destroying his home life, and being ostracized at school for his routine silence, the young Dahmer (Lynch) is an abnormality. When he’s not spending time with his best friends – a collection animal skeletons that float in acid and live in a shed near his house – Dahmer hides in the bushes on the local highway to watch the attractive town doctor partake in his weekly jog. Even when he gains a cult following amongst the student body of his high school, he’s only ever known for outlandish behavior. We’re not even sure that Jeffrey Dahmer knows who he is. The outcast set-up is not particularly fresh, and as the film progresses, the least likely way to elicit sympathy for Dahmer because it becomes so rote. However, director Marc Meyers is convinced that depicting Dahmer as anything but lonely is the surest way to understand his troubled mind.

Arguably, the film’s hesitance to either condemn Dahmer or look at his crimes with an unbiased lens is an asset, but most times it is a crutch. We’re engaged in Dahmer’s mindset from the beginning, as much of the film is shaded in the same pastoral colors Dahmer wears. His existence is nothing but bland, and his is the only routine we see. With every scene told from Dahmer’s perspective, there is a certain despondency that begins to envelope the audience after the mid-point where one wonders what else does Meyers has to say about the nature of exclusion and mental illness.

Wherein lies the problem is that My Friend Dahmer is a poor dramatic adaptation – especially in how the entire narrative is framed. The story chronicles the relationship between Dahmer and John ‘Derf’ Backderf (Alex Wolff), a student who befriends Dahmer, and author of the graphic novel of the same name. While events are presented as Dahmer’s, they are in fact Backderf’s experiences with Dahmer. There obviously exists a barrier between what Backderf could and could not of known of Dahmer’s psyche, yet seen through Dahmer’s POV, there is no dramatic thrust to the story, and routinely we’re treated with the same visuals regardless of dramatic buildup. Obviously a narrative solely from the POV of Backderf could prove problematic, but it would have diversified Meyers’ vision. Ultimately, it’s a character study without any characters.

Narrative aside, there is clear touches of reverence that the production has for its misfit lead. Ross Lynch volleys a range of emotions – from anger, curiosity, and grief – often in one microsecond expression, and does a commendable job of carrying the weight of Dahmer’s suffering between scenes with levity. His ability to expertly balances tones, particularly between strong oscillations of irreverence and agitation help elevate the cast around him, especially Wolff who too can jump between emotions with subtle ease. Clear attention to milieu and production design help balance the otherwise rickety narrative, and ever so often a dark humor permeates the surface that offers another side of Dahmer that feels honest, raw, and insightful. Yet, it’s not enough. The experience of watching My Friend Dahmer, particularly when its turgid pacing and unsatisfying climax breech the surface, lend it to be little more than a deeply dull and unfocused viewing.