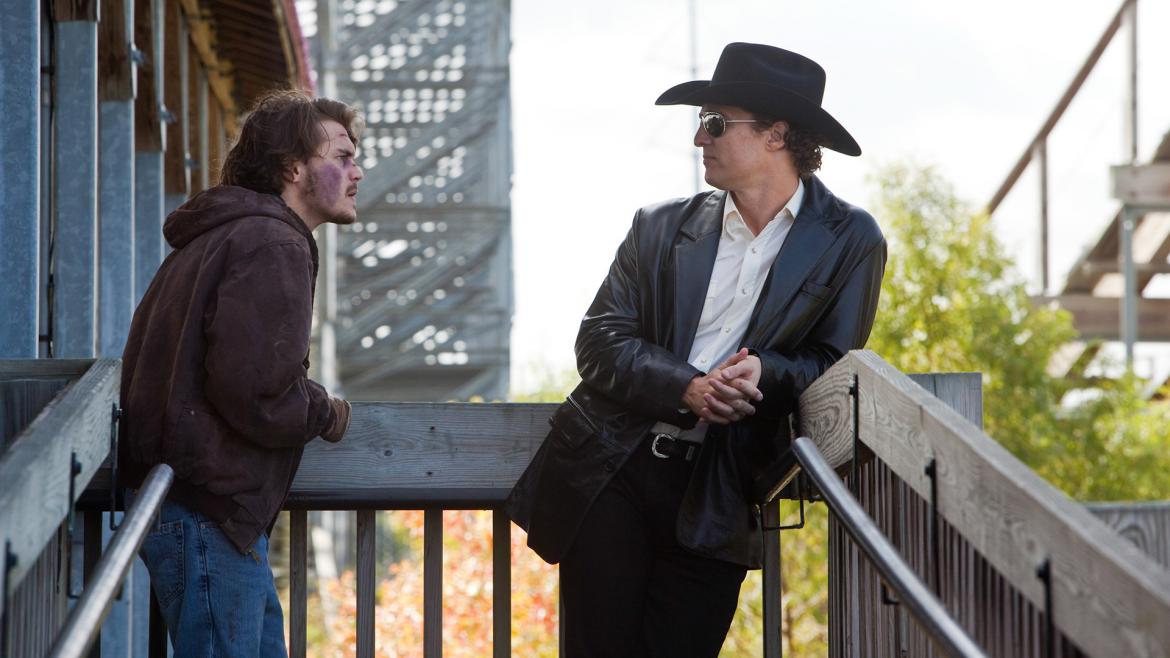 William Friedkin’s accomplished films gleefully stomp on and dance around the limits of representation. His single-minded, questionably scrupled, mysoginist, white male crusaders in “The French Connection” and “To Live and Die in L.A.” represent some of the quintessential stuff of contemporary action heroes. “Cruising” still inspires its lion’s share of debate on whether the film should be regarded as homophobic fear mongering or as a once prophetic glimpse into the potential psychological consequences of violence against the male gay community. And for good measure let’s toss out “The Exorcist.” (“Let Jesus fuck you…”, that is all.)

Their derisive and explicitly rendered subject matter inhabits similar cinematic tabernacles—or bonfires depending on whom you ask—that house the likes of Sam Peckinpah or Paul Verhoven. Indeed, Friedkin is a director whose films will be remembered partly for the delight they take in the illicit, provocative, or assholery of male aggression run amok. At their best these films reveal the frustrating and delightful duality of popular movie-going as a vicarious sensual pleasure for otherwise problematic behaviors. At their worst they become enamored with their purely reactionary material.

Friedkin’s latest film “Killer Joe” is another entry in a long career of polarizing films. Adapted by Tracy Letts from his stage play, “Killer Joe” is a grim, black as a moonless night trailer-park crime comedy comfortably packed into the slick leather gloves of noir fictions. (With a chicken-fried Texas marketing theme just in case you needed some more specific yet slightly bewildering description.) Chris (Emile Hirsch) is a fuck-up, twenty-something scrounger incessantly on the prowl for another opportunity to lose his shirt in the hopes of gaining a pair of socks. After falling in debt with a local crime boss, Chris proposes he and his father Ansel (Thomas Hayden Church) hire local hitman/police detective Killer Joe Cooper (Matthew McConaughey) to dispatch Chris’s mother so they may claim the life insurance money bequeathed to sister Dottie (Juno Temple). When Chris and Ansel are unable to provide Joe’s upfront fee, he takes possession of Dottie as a retainer until the debt is paid with the insurance funds. The situation begins to ramp out of Chris and Ansel’s control as stepmother Sharla (Gina Gershon) becomes more involved and Joe’s attraction to Dottie reaches unsavory levels.

“Killer Joe” revels in the relationship between generic material and setting. The basic premise is certainly reminiscent of a long tradition of literary and cinematic noir fictions. Not only this, but the dialogue springs forth from characters’ mouths like the spitting pitbull chained outside in the rain that introduces the film. Profanity and punches fly at the drop of an ill-timed phrase let alone a physical transgression. Nearly everyone on screen is coiled tight ready to explode or slowly grind further down on already ensnared prey; the essence of hard-boiled. Dallas is depicted as one sprawling derelict landscape of strip-clubs, seedy bars, empty lots, abandoned pool halls, and ramshackle trailers. The few prosperous characters are draped in Western paraphernalia that makes them appear as though they came from some other planet completely separate from Chris, Dottie, and Ansel’s world. They are the six-gun shooters scooping their massacred sardines out of a barrel.
The world of “Killer Joe” is a perceptively adapted homage structured to reflect a time when increasing economic disparity renders prosperity less and less a tangible goal and pure fantasy. The fact the film is set in perhaps one of the most complete distillations of “America” is hardly a coincidence. Throughout the film Ansel and his family are entranced with a conspicuous television set that becomes entertainment, teacher, but most importantly distraction from the present. Outside of the constant stream of light and sound survival and the idea of only a slightly easier existence is all that remains. Simultaneously, Joe coolly swaggers with a phony self-assurance bolstered by his antiquated ideas of aggressive Western masculinity. Even the information we are given about his past is shaky and appears to function primarily to seduce Dottie.

While “Killer Joe” finds its surest footing in this allegorical material, it is in Friedkin’s handling of Dottie’s abuse that provokes more than a few reconsiderations. Like his previous films—or various other genres in general for that matter—we are asked to evaluate what is rendered for the purposes of an overall cinematic product and what is explicitly enacted for a presumed audience. Put more bluntly, is the film about the horrors of an aggressively backward looking male society or is it about getting to see full frontal female nudity, bald aggression, and some dudes getting fucked up? (Would it be unfair to say it’s both?) Indeed, Friedkin does make gestures at the seedy, repugnant nature of the material. When Dottie is forced into “performing” for Joe she is never framed in a way that places her body at the absolute center of attention. Joe is pronouncedly in frame or camera angles, lighting, and bordering tonal moments undermine any overtly salacious exploitation.

The way we are made to look at Dottie as victim, object, and symbol is older than the last century. Her arc has flavors of the rape-revenge kind to be sure and her signification of innocence in the form of a virginal, blonde white girl is perhaps less than inspired. But in this world, Dottie is an anathema waiting to be purged with fire, fried chicken, and the domineering power of Joe’s cock. There is no longer any space for her as she is, ultimately forcing her to reinvent herself and abandon what little symbolic purpose she had. By the conclusion of “Killer Joe”, we are left with a narrative espousing the futility and decay of certain economic and cultural traditions. We see in Joe, Chris’s family, and the Texas landscape a sea of selfish corruption clutching to past and failed promises all too fiercely.