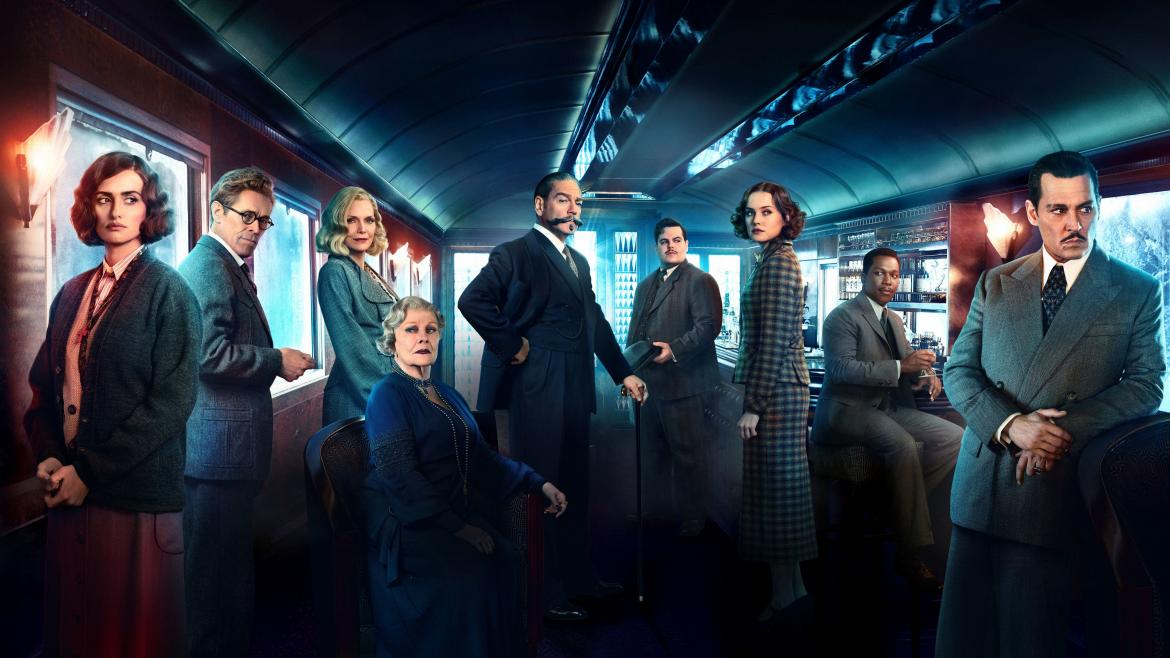 A star studded cast can both make and break a movie. You don't have to agree, but you need only take in the entirety of Kenneth Branagh's Murder on the Orient Express to begin to believe. Sleek, well acted and written--but so overstuffed and unfocused that its who's who cast is often more distracting than they are engaging. Additionally, it's central detective's inflated ego and eccentric behavior finds itself at odds with the film's overall tone.

Having been uninitiated with the book that inspired it and the 1974 film adaptation that preceded Branagh's vision seemingly follows the tracks laid decades ago by Agatha Christie. Content aside, the film's pace is the rusty wheel keeping this from arriving at its destination in a timely manner. Opening in Jerusalem where Hercule Poirot (played by Branagh) confidently closes a case of a stolen artifact--the filmmakers' attempt at quickly establishing the detective's cocky brilliance. From there Poirot is invited to board the illustrious Orient Express on his way to his next case. On board we're introduced to a curious and diverse gaggle of characters, the seediest among them being, Samuel Ratchett (Johnny Depp). Ratchett is a criminal making a living as an art dealer who's made a number of enemies--evident in the threatening note left in his bunk. When Ratchett turns up dead after some disturbances in the night Poirot is on the case with an alarming amount of evidence to sift through.

Without much context to Christie's source material or much else in the way of marketing Murder on the Orient Express carried the air of being Clue, but on a train instead of in a swanky mansion. By all accounts Christie's vision is much more nuanced and refined, yet Branagh's rendition has moments of profound goofiness that make its Clue ties not far off-target. What really sets it apart is the writing. The cast is chock full of capable fast talking names and at times the flow is too fast for its own good and leaves some of its key points in the dust and focuses too much on the duller details.

Branagh is at his best as an actor and as a director navigating the narrow space of the train. Too much time and money seems to have gone into sweeping shots of the train barreling through undeniably gorgeous landscapes when the value is clearly in the dread and quirky chemistry of the cast. There are so many personalities to unpack that each moment wasted not getting to know makes their arcs less impactful as the mystery comes to a head.

Murder on the Orient Express tries to dazzle with its flashy cast, but under-utilizes them with a well-written and tonally confused script. This is clearly an Agatha Christie novel worthy of an update, but Branagh's is often too dull to fit the bill.