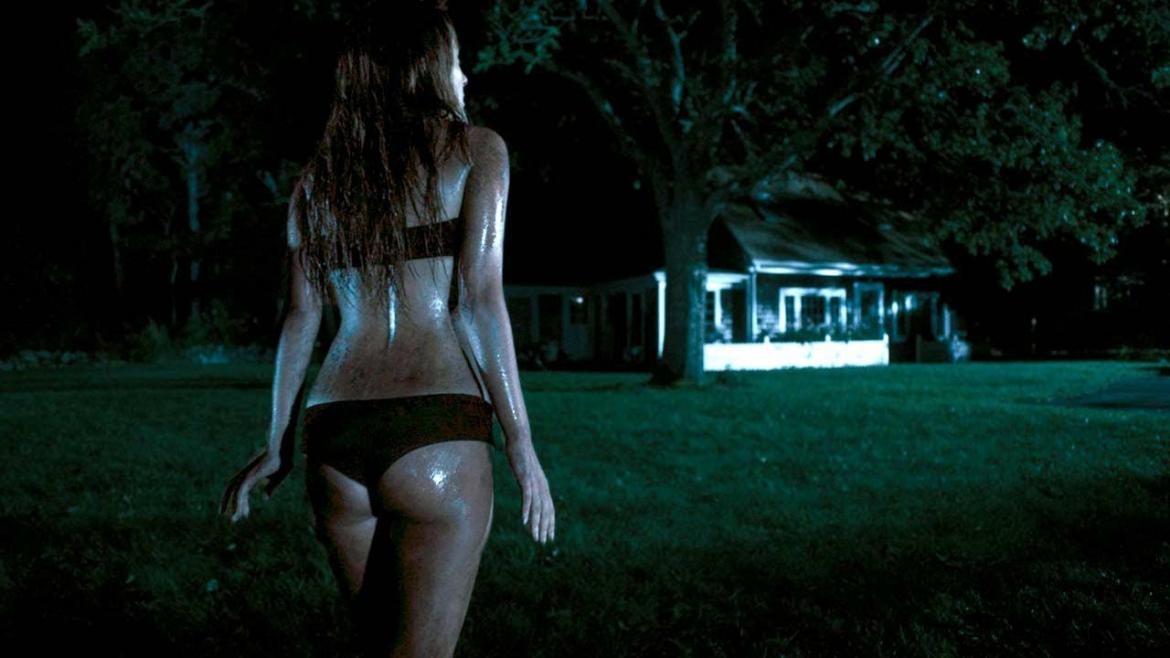 Life doesn't always go the way we plan it to. For instance, every time I see a movie I try my absolute best to find something redeeming and worth holding on to. Then a writer/director comes along that actively and aggressively makes that entirely too difficult. Today that director is Steve Wolsh and his directorial debut, Muck. A film so trashy that even after watching something as rapey as Bunny the Killer Thing makes one question their life decisions.

Partially funded via Kickstarter (and likely setting a record in patrons demanding a refund) the film follows a group of friends emerging from a swamp running from an unseen threat. After finding temporary sanctuary in an abandoned house they are soon under attack by a new threat and must either go back the way they came or fight the new threat and mostly likely be killed.

Focusing on the flaws in Muck seems to be like shooting fish in a barrel, so let's try and focus even if just for a moment on what it does right. Per Wolsh's own statements and of the description on the Blu-ray cover it is a throwback to the horror of the 80's and employs practical effects and stunts in its entirety. Kudos, as some of the stunts look pretty cool especially with its crystal clear picture and halfway decent (if slightly dark) cinematography- at least when the camera sits still long enough to make out what's happening.

Sadly, from here the positives take a rapid violent derailment. Wolsh throws subtlety right out the window almost immediately by naming its nearby town, Wes Craven, which in the words of the characters is, "boring" and "used to be cool." It takes some seriously big danglers to call out a fellow filmmaker so blatantly when your own film isn't even as good as their worst. The vast majority of the run-time is committed to naked chicks, or mostly naked chicks getting rescued by dude-bros one of which pretends to be Bruce Campbell in a half-ripped shirt wielding a shovel as his weapon of choice and puking out underwritten one-liners. Wolsh seems uninterested in delivering a single original thought of his own and instead opts to regurgitate out everything that's ever been done in porn or in every other horror movie ever made.

Muck is essentially is the horror embodiment of Murphy's Law- any terrible horror cliche that can happen will happen, and happen often. Wolsh's script is teaming with horribly underdeveloped unlikable characters, the worst of the worst in terms of contrived situations, and some of the worst character decisions horror fans have ever seen. Muck is a film more concerned with showing bewbz, bewbz, and more bewbz, playing out like a dare that's taunting horror fans to try and endure this crapfest with their pants on. Get ready for more bewbz horror fans as this is just the first of a trilogy and the prequel is already under way.