Most Likely to Die (Movie Review) 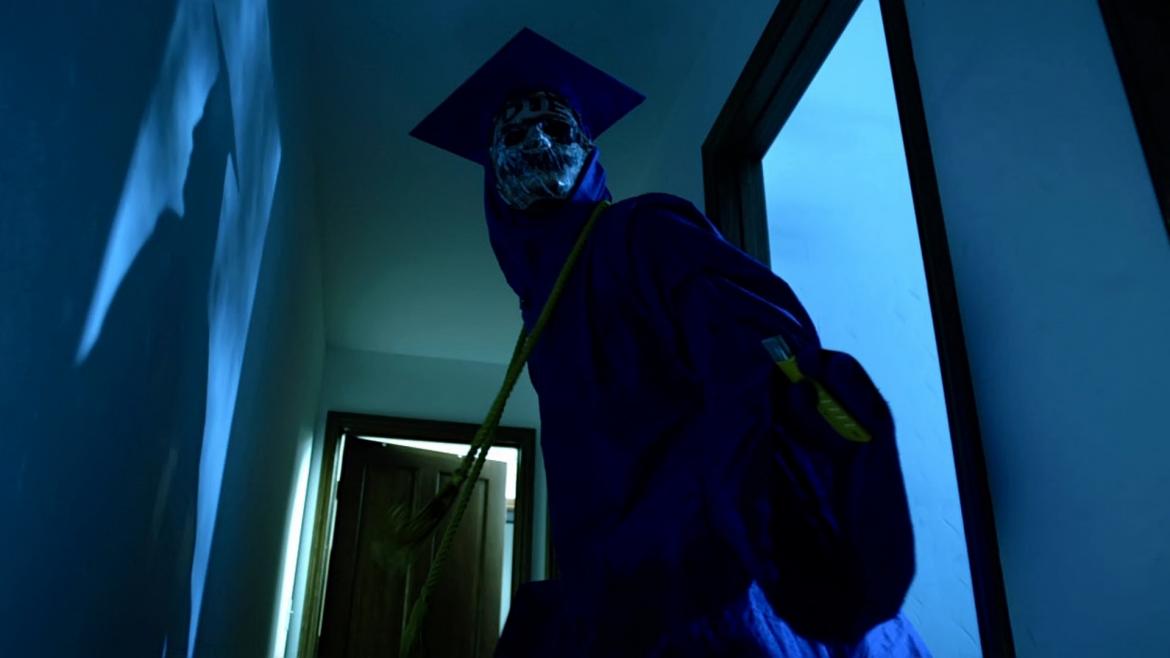 There are few things in life more hellish than a high school reunion (or so I’ve been told, as one of the resident babies at Bloody Good Horror, my ten year reunion has yet to pass). The high school reunion has become a trope in media as well as in our lives, so prolific that you can probably list five titles off the top of your head that culminate at the reunion. These stories are almost always stories of underdogs going back to shove their weight loss/money/success in the faces of those who made their high school experience miserable all those years ago; but what if that underdog was looking for something a little more than just the shocked look on their old classmates faces?

The “cleverly” named Most Likely to Die seeks to answer just that question. The night before one such reunion, a group of high school chums get together to reminisce about the good and bad of those glory days, like how these fun-loving chuckleheads bullied a classmate to the point that a gun was found in his locker and he never graduated. This information is revealed in a scene that may be the purest example of what NPR’s Gene Demby has explained in the past as “fire hydrants of exposition pointed at each other,” where we learn the whole life story of every character, before it is quickly skipped over and forgotten. Soon, people start being offed in tongue-in-cheek deaths that mimic their senior superlatives and we’re off.

Directed by the writer/director of 2015’s Last Shift, Most Likely to Die is pretty sleek to look at. Two of the later kills are very well executed (pun intended) and have pretty gnarly practical effects on their side, and the cinematography is glossy overall. And, as direct to VOD movies go, the acting isn’t awful, apart from some odd casting choices. In the role of our heroine we have Heather Morris, who millenials will recognize as the blonde one from Glee. Considering the fact that she was still appearing on that show (about high school kids) when this movie (about a ten year reunion) came out is a little mind boggling, but she does just fine. The other bizarre choice doesn’t work quite as well. I’m talking about Perez Hilton. In a movie where the acting is amateurish at best, Perez is completely over the top and impossible to take seriously.

The script here is a little wonky, which absolutely contributes to some of the stiffness of the performances. There is just so much that the writer wants us to know - about the characters, about their relationships, about everything - that things get too weighted down. There is so much information that proves to be 100% unnecessary to the story and yet, when the twist comes around, it makes no sense. We never see it coming, and not in a good way.

There is definitely some workable stuff here, and as far as Netflix horror selections go, this isn’t half bad. And next time you want to bitch about your reunion, at least you survived!