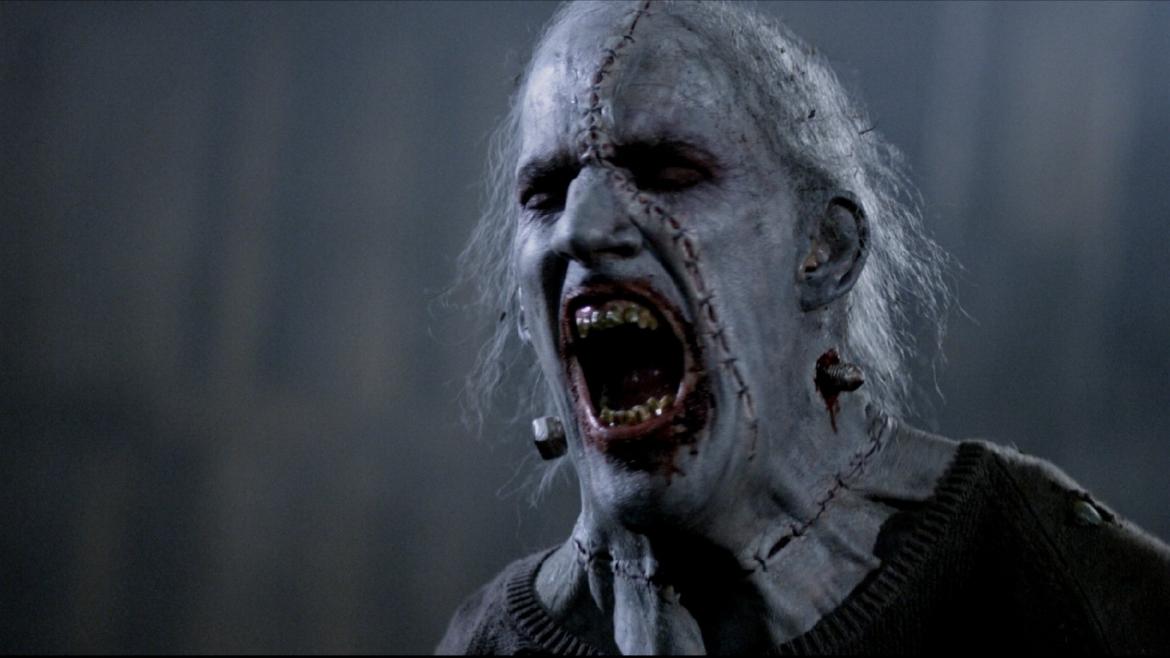 In 2011, one man had a dream. His name was Jesse T. Cook and his dream was to merge the worlds of monster movies and professional wrestling. The result of that ridiculous dream is Monster Brawl, an hour and twenty nine minutes of vignettes, Dave Foley drinking out of a flask (I’m not sure that was part of the character) and mediocre wrestling moves.

This film imagines a pseudo mortal kombat world where classic movie monsters (some of them at least) merge together under various pretenses to discover who is the wrestling champion of the monster world. These   pugnacious abominations are introduced through a series of half-baked vignettes in a peculiarly serious tone for something that aspires to be outrageous. And, that’s really the problem with Monster Brawl. It simply fails to go for it all. This film is primed for a powder key explosion of entertainment that never gets fully lit and instead just fizzles away.

This movie never even fully realizes its own premise. It cleverly introduces a few brackets of heavy lightweight and middleweight monsters and split them between undead and creatures. However, as soon as it proposes this set up it swiftly abandons it to usher in the next set of monsters in poor makeup doing pedestrian wrestling moves. There is one match of middleweight monsters between Witch Bitch (presumably to differentiate from Glenda) and a Cyclops, but once that fight is over we never see any kind of outcome for them. This gives the viewer the impression that this film is nothing more than a series of disconnected fights between monsters, which in and of itself wouldn’t hurt the film if it wasn’t for how boring and repetitive these fights are.

For an idea so zany, there is a shockingly lack of passion. And that’s what’s most confusing. I expect to walk away from a movie titled Monster Brawl saying it was stupid, I anticipated walking away saying this is a niche film for lovers of monsters and wrestling. After all there are some interesting cameos from that world, most notably from Kevin Nash and Jimmy Hart, but it fails to pay off in any regard for fans of either universe simply because it fails to entertain.

For a film about wrestling monsters, Monster Brawl is a yawn inducing exercise that never engages.

Tales From the Darkside: The Movie