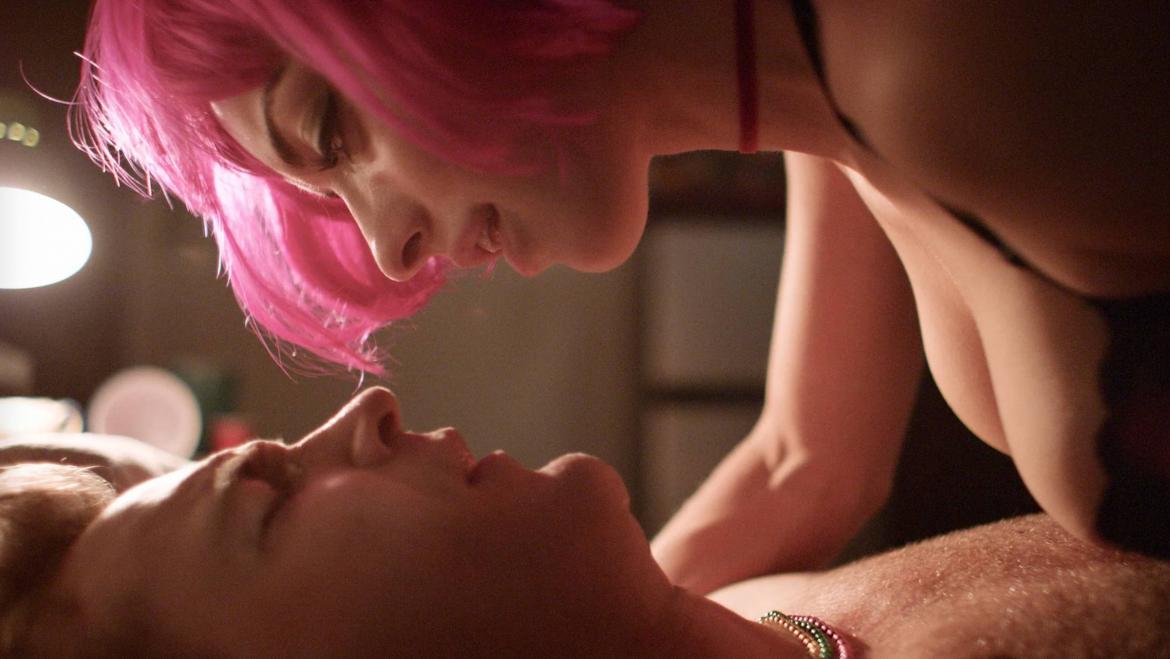 Master of Fine Arts. Nothing about that sounds particularly ominous or horrifying in terms of a genre film's title--except for maybe current MFA graduates wondering what kind of work they're gonna get. That's just one of the clever perspectives Natalia Leite offers with her unique serial killer/slasher origin flick, M.F.A.

Noelle (Francesca Eastwood) assumes the role of deadly feminine vigilante when she is the victim of sexual assault. Her experience leaves her numb and unsure how to move forward until she confronts her attacker and accidentally kills him. The kill ignites her artistic inspiration as Noelle digs into school archives for rape cases in which the attackers were absolved of legal responsibility to give them the justice she feels they are due.

Think of Noelle as the female Dexter, but instead of hunting serial killers who beat the system to fulfill a primal need, she's feeding her sense of injustice and artistic expression. Her kills are not particularly artistic in their execution, but the thrill and satisfaction awakens the artist brooding inside her as her schoolwork too inspires her fellow classmates and teacher. The grim artistic themes run parallel to the plight of women in society who are victims of rape. Noelle off and on attends a support group of victims that speak out loud Leite's overall focus of how women are often deemed unreliable when it comes to rape accusations. Societal norms are justly roasted as Noelle and many of the female characters lament the perception of their gender when allegations of rape are thrown at young men of privilege--often revolving around their inability to prove the event took place.

M.F.A. is simultaneously a morbid wish fulfillment with empowering feminine undertones and social commentary designed to bring blood to a boil. Eastwood's performance is pitch perfect in what her character's quirks call for. Noelle's artistic passion works in unison with her calculating killer instinct--coming off as both numb and emotionless to an extent, but driven by a purpose to speak for a voiceless section of society. Even as the film loses aspects of that powerful voice during the finale, Noelle's final speech confidently punctuates experience.

M.F.A. https://lustinfo.ch forces viewers to endure a pair of realistic and fairly graphic rape scenes, not as exploitation, but as evidence to the film's thesis. The first highlights the dangerous notion of what constitutes consent, the other, a horrific example of what women of all ages must defend themselves from in today's society--particularly college students. Leite and writer Leah McKendrick tackle a sensitive subject with confident voices while also delivering a clever spin within the serial killer genre. M.F.A. turns in a vivid canvas of complementary colors and a stylistic brand of controlled chaos that's gallery ready.