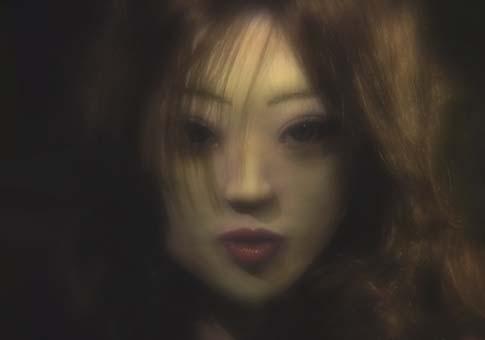 Without a doubt, Japanese director Akira Kobayashi's impossibly strange 2004 manga-inspired horror epic "Marronnier" is the weirdest movie I've seen in a very long time. Unfortunately, it's also one of the worst. The entire film has the air of a particularly nasty fever dream, mixed with the residual effects of prolonged LSD usage. More often than not, I was totally confused and hopelessly perplexed as I tried to fit some of the more unusual pieces into their proper cinematic slots. By the time the end credits were rolling, my head was effectively whipped into submission, violently subdued by what can only be described as an amateur film perpetrated by a frenzied madman.

Problem is, "Marronnier" is far from entertaining. The picture's inherent bizarreness and Kobayashi's penchant for visceral gore is, on occasion, visually appealing, but this sort of Lynchian-inspired madness doesn't really work if there's not a compelling story rattling beneath the proverbial hood. In fact, I'm not entirely sure how to accurately describe the film without subjecting you to twisted, grammatically incorrect sentence fragments and screen shots pulled directly from the film itself. Of course, that doesn’t mean I’m not going to give it a shot, even if that means totally frying your synapses in the process. Lucky you.

As far as I can tell, this is the story: Marino is a girl who loves dolls, especially those crafted by a reclusive, mentally deranged sculptor who lives deep within the mountains of Japan. What she doesn’t seem to realize, however, is that all of the lovely figures designed by this talented gentlemen are, in fact, created with living, breathing human beings. What’s more, the doll maker’s freaky assistant has now turned his attention towards her, luring our poor heroine into their unsettling headquarters nestled conveniently in the middle of absolutely nowhere. Their mission, essentially, is to turn Marino into the very things she adores. Needless to say, she's none too thrilled with the idea.

Sounds simple enough, right? Truth be told, I wasn’t really sure what was happening until roughly 20 minutes into the feature. The opening sequence -- a particularly nasty number involving a beautiful girl, a filthy van, and lots of messy garroting -- certainly helps set the tone, but it doesn’t establish anything except complete and utter confusion. It’s weird for the sake of being weird, nothing more. Interactions between the main characters are presented in quick, unrelated scenes that have absolutely nothing to do with the premise; discovering what is going on and why it’s happening becomes increasingly tedious once you realize the picture’s fractured narrative never truly makes any sense whatsoever.

Cohesion arrives moments before the final act begins, though at this point, it’s really too little too late. Watching Marino battle several poorly-conceived dolls is good for a few giggles, but even this quickly wears out its welcome. Around the time our heroine is locking horns with the murderous assistant in an endless room filled with gorgeous dresses, you may feel like the joke is on you, especially when the rug is pulled out from under you seconds later. If Kobayashi knew what he was doing, he did an outstanding job of hiding it from the rest of the waking world. Kudos to him for that.

There’s very little reason for anyone to waste their precious time investigating “Marronnier." Unless you’re a fan of manga legend Junji Ito -- whose work helped inspire the overall look of the film -- or just an avid collector of pure, unadulterated Japanese weirdness, try your best to steer clear of this one. The film is ugly, poorly edited, ineptly acted, and, more importantly, an outright bore. Greedy US distributors bringing drek like this to Region 1 DVD is the very reason the J-horror bubble burst so quickly after it arrived. "Marronnier" sits at the bottom of a very stagnant pile, and that's exactly where it should remain.

The Girl Who Knew Too Much