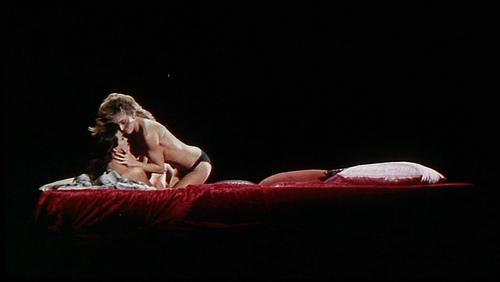 A Lizard in a Woman's Skin (Movie Review)

Lucio Fulci is probably most famous for his role as accelerant in the Italian gore arms race of the late 70’s and early 80’s. If Argento and Umberto Lenzi were Kiss and Alice Cooper then Fulci was Gwar. His signature works of grue abandoned logic and cohesive narrative in order to push the splatter factor past revulsion to near parody. Films like “Zombi 2”, “City of the Living Dead” and “The Beyond” sought out increasingly severe and unconventional ways of getting entrails, connective tissues, and the four humors onto the screen by the bucketful. These masterworks of gory excess will always be Fulci’s claims to fame.

If Dario Argento is the “Italian Hitchcock” then the temptation would be to label Fulci “The Italian H.G. Lewis”, but it would be a disservice to him to do so. Unlike Lewis, Fulci was a cinematic whiz-kid as much as he was a provocateur. This craftsmanship is much easier to spot in his Giallo, crime and comedy work than it is in his horror period. The biggest reason for this is because many cannot get past his lovingly constructed scenes of dismemberment, evisceration and annihilation that make up the spine of his classic films.

Perhaps the best example of Fulci’s technical prowess and inventive storytelling style is 1971’s “A Lizard in a Woman’s Skin.” The film follows Carol Hammond, the troubled daughter of an English politician. Carol is saddled with an unfaithful husband and wicked set of repressed sexual urges and conflicts that are manifesting as sleep disrupting dreams. The dreams center on her profligate next door neighbor Julia Durer. Durer is a swinging socialite who hosts orgiastic parties that reverberate through the Hammonds’ walls into the wee hours.

Carols’ dreams intensify and one night she dreams of killing Durer during a lovemaking session. Carol’s shrink is convinced that the reverie is a healthy indicator that she is killing off some of her inhibitions and moving toward a greater degree of freedom in her life. This pleases Carol until she returns home to find out that Durer has been murdered in her flat and the details match her dream to the letter. Carol is swept into suspicion and must fight her own twisted unconscious and her would-be killer to try and solve Durer’s murder and quiet her own internal turmoil.

“A Lizard in a Woman’s Skin” is about as beautiful as it gets in the world of Giallo cinema. The shots are of unerring high quality, well chosen and at times so varied within one scene that you can’t help but marvel at what Fulci understood about montage and how to shoot for it. Florinda Balkan gives a good performance and Anita Strindberg is one the defining Femme Inflammable in Giallo history. Ennio Morricone contributes one of his good, not great soundtracks and editor Giorgio Serrallonga in concert with cinematographer Luigi Kuveiller manage a perfect marriage of Bava-esque psychedelics with innovative tension ramping cut-ins. Technically and atmospherically this movie stands shoulder to shoulder with any of the greats of the cycle.

The biggest downside to “A Lizard in a Woman’s Skin” is some dated practical effects. This is especially ironic in the case of a particular scene which got Fulci indicted for animal cruelty. By today’s standards it is difficult to imagine that the images could be mistaken for the genuine article. Nevertheless effects man Carlo Rambaldi had to recreate the effect in court to spare the director some considerable jail time.

Another legitimate complaint is that the trajectory of the plot, while serviceable, is poorly illustrated in places. Many viewers trying to casually follow the film may find themselves playing catch up with the story. That’s because character’s identities are too vague in places and the explanations of events are delivered with too much talk and not enough pacing.

None of these negatives should stand in the way of enjoying the things that are done to near perfection in the film. Fulci slakes his bloodlust as often as he can without compromising story and logic. His chaotic mix of Freudian and Shakespearean anxieties with Free Love England and the tortured mind of Carol Hammond produce fertile ground for planting strong and seductive images of carnality and carnage. The metaphor laden misc-en-scene and cutting style put the viewer into the frenzy of a broken brain.

If you’ve only ever known Lucio Fulci as the ‘Maestro of Gore’ then definitely take the time to watch “A Lizard in a Woman’s Skin”. If you are just a fan of highly proficient filmmaking with a liberal dose of calculated risk-taking, again, give this a watch.