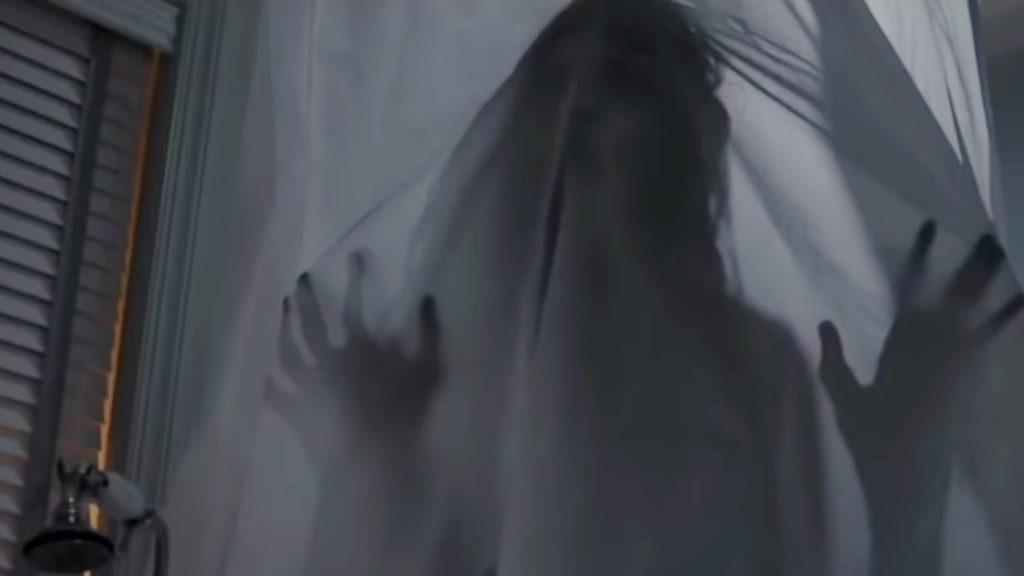 Sleep paralysis is a fascinating subject. The terror that many experience is a phenomenon that, for this reviewer, has not been adequately explored cinematically to this point. With the release of Mara, which follows an ancient demon who persistently torments people in their sleep before viciously killing them, the topic of sleep paralysis' full potential remains untapped.

Mara, stars Olga Kurylenko as Kate, a criminal psychologist, who becomes entangled in a case involving a mother accused of murdering her husband while claiming he was suffering from sleep paralysis and being stalked by the sleep demon, Mara. Naturally no one believes the mother until Kate starts to suffer from sleep paralysis and begins seeing the same supernatural figure that others supposedly "marked" by the ancient spirit have witnessed. With the help of a current victim, Dougie (Craig Conway), who has been researching Mara's existence for quite some time, Kate aims to save the life of a little girl caught in the clutches of a force no one believes exists.

It takes some time, but director Clive Tonge draws a bead on an interesting angle involving sleep paralysis. Those who suffer often claim any number of manifested fears that torment them. That psychology is explored briefly in Mara. As Kate investigates a doctor explains why a group would all suffer from the same visions through the sharing of details which leads to the shared experience. As horror film viewers we know otherwise unless the filmmakers are trying to pull a fast one. The tug-of-war between reality and science/medicine is an interesting game within the film, but the mythology of the ancient demon often feels silly as characters say their thoughts out loud. Hearing people put Mara into words it's no wonder that people don't believe those who have been marked. It's not until the last act that actually seeing more of the antagonist starts injecting more and more of the creep factor and less of people explaining the specter through a fairly sloppy script.

The psychology of Mara is only passively engaging as the film is not so much interested in trying to convince the audience that the victims are experiencing a non-threatening manifestation of fear. It's clear to everyone but the film's skeptics that there's a lanky old witch offing these folks-if not in there sleep, then by scaring them so badly they're willing to set themselves on fire in front of a church to avoid her slinking up on them in their motionless sleep.

The MVP of the film (as he tends to be whenever he's hired lately) is Javier Botet who is quickly making a name for himself as the new Doug Jones. Botet's gift of unnatural physical acting adds a frightening layer to the finale. Until Mara starts reveal herself the film is held together by Kate's interactions with the unhinged Dougie. Conway's Dougie hangs out at support group meetings looking to educate people about the dangers of Mara by loudly prophesying their deaths. (Not the most subtle approach obviously). Eventually Kate takes it upon herself to learn from Dougie while also trying to get the man a decent nights sleep-he's in the last phase of Mara's process so he's forced himself to only sleep for a few minutes at a time. It's these little touches that keep the middle of the film afloat before Botet starts creeping around in the last act.

If you can stomach a lot of the awkward hammy dialogue present for a majority of the initial setup and 2nd act, the film comes back around to being a fairly solid under-the-radar creeper. An effective if somewhat forced emotional component punctuates the film nicely leaving Mara as something you perhaps shouldn't sleep on, but also not lose any precious "z's" if you catch it on Netflix somewhere down the road.