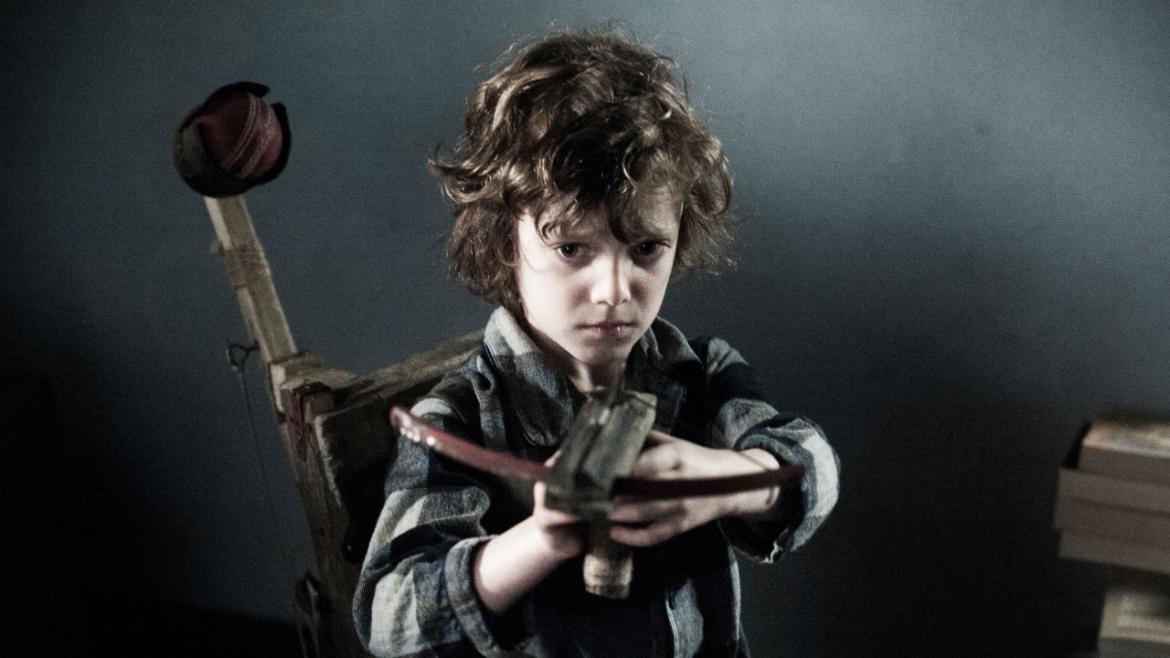 If you are a fan of the genre at all, you've been hearing for months about The Babadook, which has been gathering awards and praise wherever it goes. Those who have already seen the film know that it is one that will linger with you, after all "if it's in a word or it's in a look, you can't get rid of the Babadook."

Almost ten years ago, back in 2005, Jennifer Kent wrote and directed a short film called Monster about the single mother of a young boy who is convinced that there is a monster living in his closet. At its core, The Babadook is that same short, at 1/10th speed. Jennifer Kent reprises her original role as the writer/director of this feature, which focuses on the relationship between Amelia and her son Samuel, a relationship frought with ambivalence. Samuel has some behavioral problems, to say the least, but to notice only that is too shallow an examination of this story. Amelia's husband (and Samuel's dad), Oskar, was killed in an car crash on the way to the hospital for the birth of their son. While Amelia copes by compartmentalizing, and keeping Oskar to herself, Samuel is left out. He isn't allowed to celebrate on his birthday, and when he gets caught playing in the basement with Oskar's things, he yells, "He's my father. You don't own him!" When picks a new book for storytime—one that appeared on his shelf with no explaination—he becomes terrified by and obsessed with the Babadook.Things deteriorate quickly as frightening occurences begin and the pair become more isolated from those around them and from each other.

The larger scope of this project, as compared to the short that predated it, allows Kent to really tease out a lot of factors that were nonexistent in the original film. As I have already touched upon, the interactions between Amelia and Samuel add a dimension that enriches the story and makes what starts happening to them even more horrifying. Apart from that, we are allowed to see both Amelia and Samuel interact with people outside of the daily routine of their home. This gives the audience more context for the way that they are with each other and shows more clearly the way that both characters feel about the other as they are allowed to be away from them. The changes in behavior, sometimes subtle, become painfully evident as things start happening at their home. As is the case in any good film about things that go bump (or "Baba-dook-dook-dooooooooook") in the night, there are tons of great scares. Kent does a masterful job of creating a sense of dread, while showing very little. The parts of the monster that we do see are reminiscent of some other horror baddies, from Freddy to Bagul, but that may have more to do with our archetypal ideas of monster anatomy than anything else.

The tale of a boogeyman may be one that has been reshaped, rebooted, and repurposed time and again, but The Babadook really stands out among the crowd.