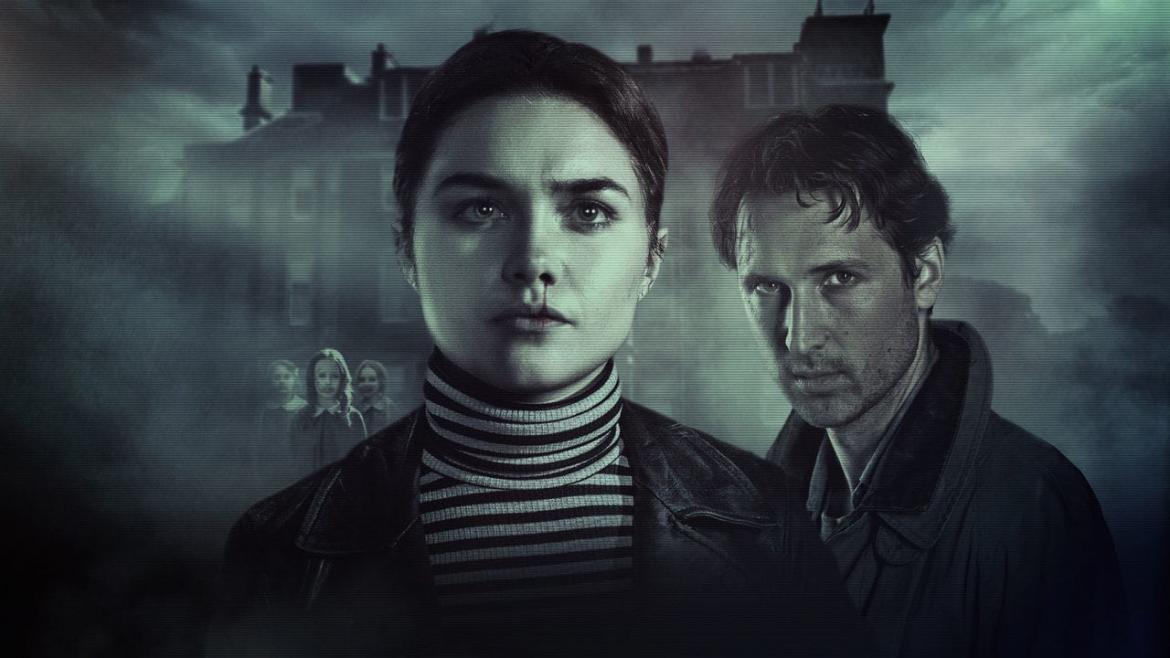 Angela and Jackson Sayers (Florence Pugh and Ben Lloyd-Hughes) sell themselves as a sibling duo that can help grieving families whose loved ones are unable to move on. After their mother’s suicide, they say that more than anyone they can understand what their customers are going through and thus are uniquely able to offer assistance. Along with their friends, they go to people’s homes and Angela uses her “gift” to encourage stuck spirits to rest. The problem is that Angela can’t communicate with spirits and no one on their team believes in the supernatural.

That isn’t the only problem facing our crew. Jackson owes money to his grandfather, as well as some very unsavory types. Once Angela starts seeing things she has been pretending to see all this time, she decides she no longer wants any part of the scheme. Jackson is able to talk Angela into helping him with another case, one that promises to pay twice their normal rate. Unfortunately, this job is not at all what they assume.

Malevolent is a Scottish film, set in the mid 1980’s. The film focuses on your typical haunted house fair. It opens with a quote attributed to St. John the Divine, which reads, “None of the dead come back, but some stay.” Our protagonists and our story are introduced to us in a way that manages to be both overwrought and underdrawn. We get the most basic sketches of motivation but are given no real time to watch the characters interact with one another before they are thrown into conflict. Their arguments feel artificial as a result.

When they arrive at the home of Mrs. Green (Celia Imrie) - the client who Angela has begrudgingly agreed to take on - they are told a story about young girls who went missing, only to be found dead on the grounds. Mrs. Green’s son was found responsible. Before long, Angela begins seeing their ghosts, and the effects are pretty atrocious. As Angela and her team begin to untangle what is really going on in the house, the story becomes incredibly convoluted and the film devolves into little more than a gore porn, leaving the impression that this film doesn’t really know what it is or who it’s for.

Even the camerawork feels confused. The palette is dark and brooding in a way that feels forced and, if anything, takes away from the movie rather than making it appear “more serious” which feels like the intention. Shots are constantly framed in a way that gives the impression that it is trying to imitate more indie or art-house films without really grasping what makes those films affecting.

The movie is based on a novel called "Hush" by Eva Konstantopoulos, which lists a slightly different plot that sounds infinitely more interesting. Unfortunately, that is not the story that we got. In the end, Malevolent is one of those Netflix movies that is mostly harmless, but will also melt from your memory like cotton candy on your tongue. Like the spirits in its story, perhaps this film would do well to simply move on.