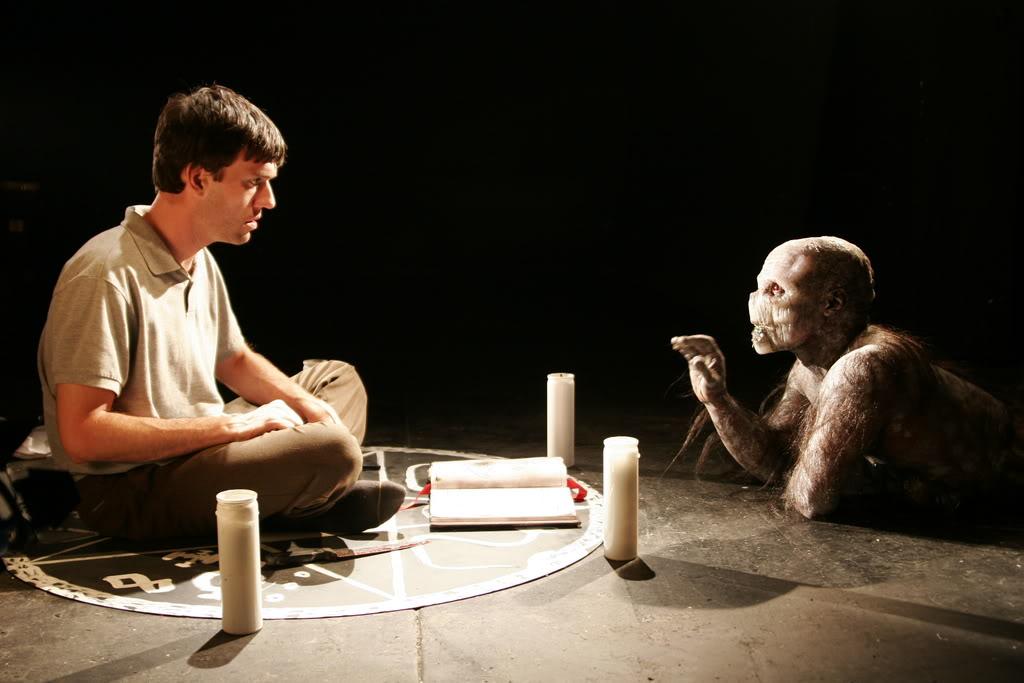 I had a whip smart old cinematography teacher whose knowledge and personal rhythm often times out paced our ability to ingest the hard science she was imparting. The degrees Kelvin of a June sunset in Northern California and how its duplication with HMI’s on a sound stage determines cable gauge and circuit load may be simple for an electrician to grasp at 200 spoken words a minute, but my wandering mind was hard pressed to pick it up. Fortunately, my teacher had some self awareness and would therefore encapsulate what she felt was truly important in short meaningful blasts; usually just before she sent us off to burn film. The most memorable of these came just prior to being loosed to shoot our final short film for class. A long in-class exercise on sculpting a face with keys, rims and back lights had left most of the students slack-jawed and exhausted from the effort. After she handed out the written instructions for the last project she crouched in the center of the group and said, “Look, lighting is important and we spend the bulk of our time on it because it is challenging and precise, but this is a binary art form. Light is a big piece so what ever you do light it well, but also check out a jib arm, or build a skateboard dolly, steal a shopping cart; these are moving pictures, make them move.”

“Lo” is the story of Justin, whose lover Amanda is stolen one night by a quipping demon named Jez. Justin is forlorn and he decides to use an old spell book that Amanda gave him to try and retrieve her from the hollows of hell. He summons a Demon named Lo and tasks him with bringing his lost love back from the depths. A crabby cripple with translucent skin and a Jimmy Durante wit Lo teases and tricks Justin to avoid having to fulfill his demand. To confuse Justin even further Lo and Jez assert that Amanda is a demon; and not just a garden variety soul rapist but the most sadistic demon in Lucifer’s army of fiends. Memories are replayed, demons come and go and Justin must fight all of his fears in order to see his girl again.

“Lo” traffics in a lot of universal experiences, some of which have enough gravity to create effective pathos. The stories of Faust and Orpheus are obvious reference material for the tale. In addition the idealization of a lost love and the metaphor of going through hell in order to overcome heartbreak are kept accessible to the viewer throughout the film. To further flesh out his ideas writer/director Travis Betz fashions lo-fi visual mock-ups from the catalogs of “Evil Dead”, “Hellraiser”, Suspiria and “Hedwig and the Angry Inch”

But where the film version of Hedwig took a knockout stage show into the breathing depth of real world locations, “Lo” chooses to stay almost exclusively within the confines of a theatrical environment. Whether or not “Lo” had its genesis as a stage play matters very little, nor does it matter much if the aesthetics were chosen to punctuate story ideas. What is important is that “Lo” feels like you are watching a taped version of a live theatrical performance. The camp factor, intermittent laugh track and the reflexive qualities of both the script and the production design don’t negate the flat atmosphere, the hammy performances and the torrents of expository dialogue. Justin sits in the middle of a Pentagram on a sound stage for 80 minutes as living dioramas all around him light up to give us a glimpse into his past. No forays into hell, no trips to the outside world and no real movement of any significant kind. “Lo” marks the first time I have ever watched a movie and wished for a CG landscape. Приятное азартное игорное заведение боб казино использует на своем портале лицензионные игровые автоматы и слоты, так за депозит игрокам дается приятный бонус в виде free-spins.

If someone told me they were taking me to the theater to see a production of “The Cherry Orchard” and surprised me with a performance of “Lo” instead, I would probably be both relieved and pleased. But watching “Lo” on film is like being promised “The Nightmare before Christmas” and ending up with “Kukla, Fran and Ollie”. If you are a theater lover you may find merit where I could not. As a film guy I found “Lo” to be chatty, annoyingly flat with gimmicky lighting and saddled with a sloppy narrative construction. Add to this the film’s static presentation and the audience has to overcome too many non-cinematic elements to make the trip worth taking. My sage old cinematography teacher would have taken director Travis Betz aside and reminded him about necessity and nuance as it pertains to theatrical versus cinematic lighting. She also would have said “Wings and wheels, movie cameras should use both. Make them move.”