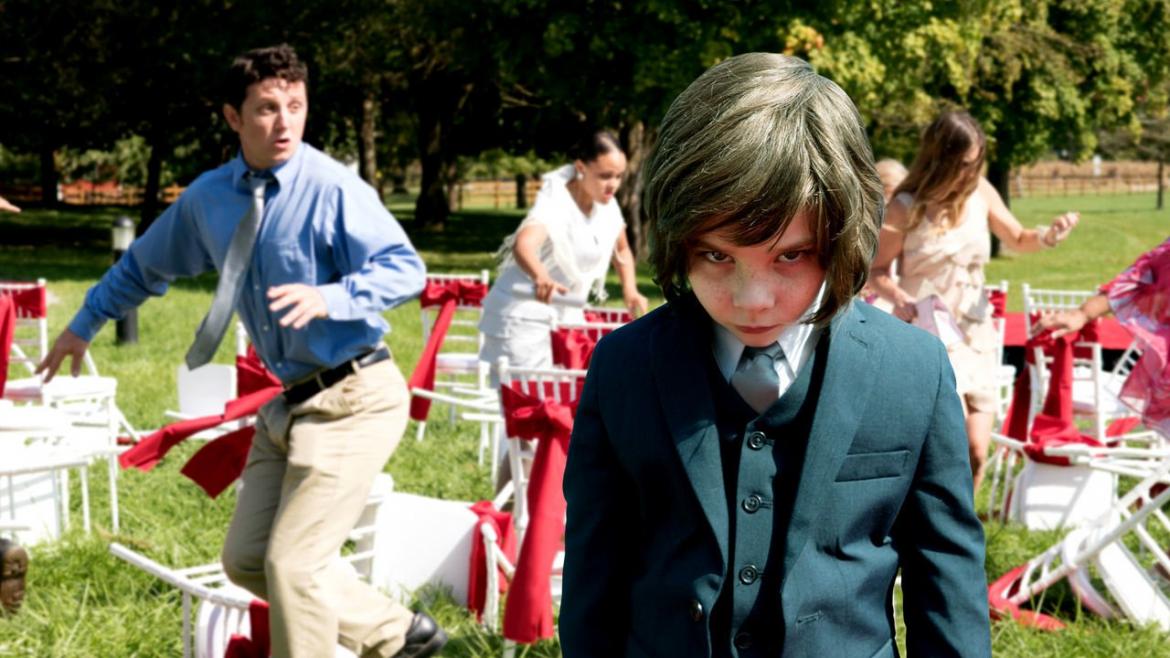 Writer/Director Eli Craig's second feature Little Evil understands that life is hard for stepdads, so much so that it gives them a support group where they can share stories of disrespect suffered at the hands of their kids. Despite the fantastical stories of abuse they’ve endured and their belief that their kids are demons, for one parent in that circle, Gary (Adam Scott), that assessment isn’t born out of hyperbolic frustration. His 6-year-old stepson Lucas (Owen Atlas) is literally the spawn of Satan. If Gary is going to make things work with Lucas’ mom, Sam (Evangeline Lilly), he must bond with a kid who is the doorway to the apocalypse. And also, you know, save the world.

This film is a perfect vehicle for Scott, whose deadpan humor melds seamlessly with that of Craig, who previously gifted horror fans with the cult classic Tucker and Dale vs. Evil. Gary inhabits a hilariously cockeyed world where he can be buried alive by his stepson only to be the bad guy in the eyes of his wife. Lilly's performance adds a welcome complexity to the humor as she criticizes the man she just disinterred for not making enough of an effort with her son. You can almost, almost see where she’s coming from too.

What holds Little Evil back is the lack of meaningful relationships between characters. Tucker and Dale excelled based on the chemistry and connection between its leads and, in Little Evil, the very plot hinges on viewers caring about the bonds between Gary, Lucas, and Sam. Yet, Craig never gives us a reason to do so. For most of the film, Lucas is a clothes hanger for evil kid tropes. When the plot demands more, there’s nothing there. Likewise, little time is invested in Gary and Samantha. When Gary says she’s everything he’s ever wanted, we must take his word for it.

Based on workload, most of the supporting cast of Little Evil is there to inspire trips to IMDB so viewers can put names to faces. The lone exception is Bridget Everett who threatens to steal not just her scenes but the film as Al, a bro-y lesbian who exists comfortably as just one of the dads. In a part that could easily descend into caricature, Everett shines by understanding Al isn’t funny because she’s a woman who acts like a frat boy. She’s funny because any adult, regardless of gender, who acts that way is inherently ridiculous.

While Little Evil never matches the brilliance of Craig’s debut, it has merits as both a horror flick and a comedy. It sports enough laughs thanks to the always-dependable Scott and Everett’s revelatory turn to forgive many of its issues. Still, considering the seven year gap between Tucker and Dale and Little Evil, it is a little disappointing to see a promising talent like Craig stuck in limbo.