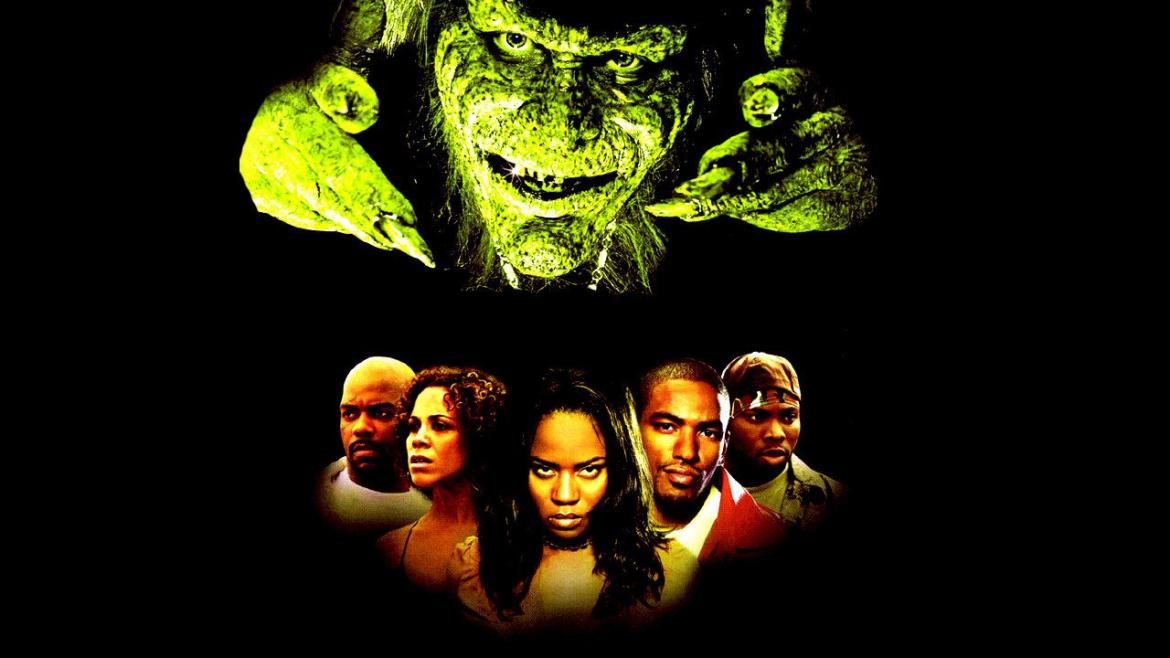 The Leprechaun series is one of the more interesting horror franchises in existence. The intriguing aspect is not from a catalogue of exceptional films, quite in fact more than half are subpar and a chore to sit through, however their level of note comes from how many were made before the right formula began to work. It wasn't until the fifth straight to video entry, Leprechaun in the Hood, that bringing a semi-slasher leprechaun character into the real world actually worked. The character has his roots in folklore which of course brings in a rhyming focus to his lines as well as the use of his gold to entice victims. Combining that with the rap world, which is essentially the new spoken means of folklore, makes an interesting dynamic. Despite the campy and over the top title of Leprechaun: Back 2 Tha Hood, the film delivers an interesting and enjoyable ride much like the first trip to the hood.

The film begins with a folklore recitation of its own through an animated story book. Detailing the history of the leprechaun, it is revealed that a king had entrusted his gold to the watchful eye of the leprechauns. One day the king died and the titular Lep had chosen to stay on earth as a means of protecting his own horde of gold. Jumping forward to 2003, the hood is alive and well, ready for the return of the Lep after his bout with Ice-T and Postmaster P in the previous film. Emily Woodrow (Tangi Miller) is a young woman with dreams of attending college and getting out of the hood that her life has been from childhood. After meeting with a psychic named Esmerelda (Donzaleigh Abernathy), Emily is promised to come across great riches but with a severe price. Of course this comes to pass when Emily runs away from her ex-boyfriend Rory (Laz Alonso) and falls down an abandoned shaft. While searching a way out, she finds an old chest full of gold coins. Deciding to split the loot with Rory and her two friends Lisa (Sherrie Jackson) and Jamie (Page Kennedy), Emily has finally seemed to find her way into college and out of the life she wants to avoid. The clairvoyant's warning comes to pass when the Lep returns to gain back his gold and earn some street cred as a real terror.

Much like the previous film, Leprechaun: Back 2 Tha Hood is a surprising success when it comes to bringing the Lep's story into an interesting realm. Upon his first steps back into this world, the Lep comes across a pipe smoking party goer and takes a quick break to relax via drug use. It's a goofy moment but one that definitely takes advantage of its setting. The Leprechaun character has never been able to compete against the real horror drivers like Jason or Freddy, but when it comes to comedy he thrives much better than his horror compatriots. In this way, these films feel like Jason Takes Manhattan but more fine tuned and focused around the theme of the "hood". The world is established well through the main characters, all of which have their motivations and layers to bring a level of realism.

The previous films seemed to focus too much on bringing the horrific side of the Leprechaun and making the entire plot revolve around his mysterious folklore. It works here because the main storyline introduces several different characters from different sects of the city to show that the Lep will have a chance to move around during his kills. It also helped that Emily as a lead character was likable and someone for the audience to get behind; a simple step that a majority of slashers attempt but fail to do well.

The negative side of the film lies within its running time and transitions. Most scenes transition with the use of a peel away swipe that makes the film seem almost like a joke. On top of that, the second act runs a bit too long with no focus around jokes or kills and instead around unnecessary plot points. It's fascinating as well that despite the limited success of the films, Warwick Davis has given his entire being to the Leprechaun character. It would have been easy for him to phone in his performance or step away from the franchise altogether, however he brings in a magnetic energy that keeps the viewer sucked in. His committed performance, mixed with a campy but decently fun "hood" world, creates an experience that is worth a viewing at least once.