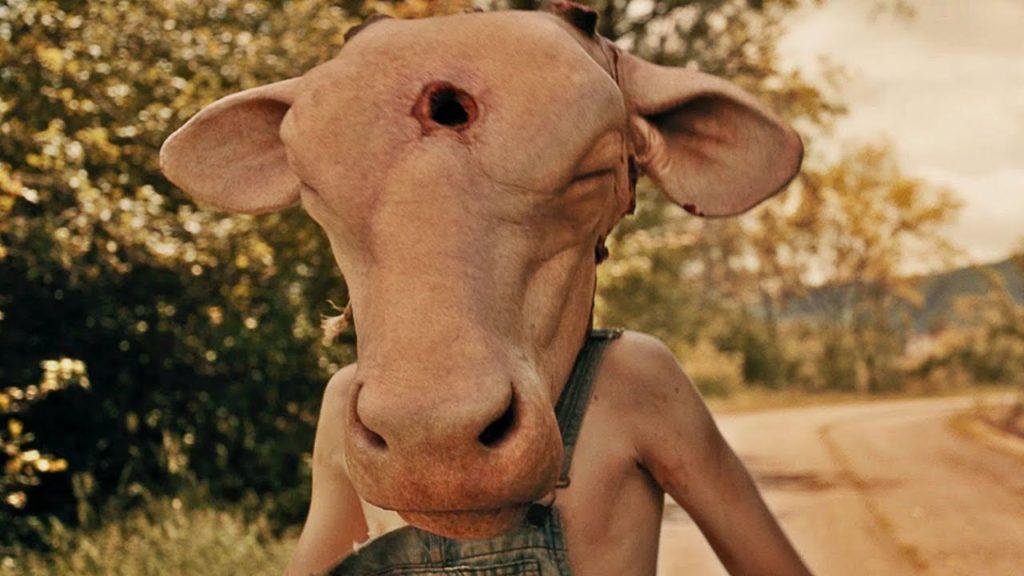 When was the last time you finished a movie and could say genuinely, "Ya know, that movie needed more Stephen Dorff."?

Directors Julien Maury and Alexandre Bustillo have accomplished something truly special--delivering a Leatherface movie that barely has any business calling itself part of the TCM universe and a surprising need for even more Stephen Dorff. Both of those things seemed fairly difficult to accomplish--well except that most of the franchise's sequels barely have the right to call themselves part of the beloved Tobe Hooper classic.

Less TCM and more a re-imagining of Rob Zombie's, The Devil's Rejects, Leatherface follows a handful of mental patients that escape their institution with a young nurse as their hostage. The group make their way across Texas for a bloody road trip toward the Mexican border with a vengeful Texas Ranger (Dorff) hot on their heels.

The opening of the film shows a young Leatherface being stripped from his family and placed into the mental institution where the kids are given new names to protect their old identities. Years pass and as we head into the violent road trip it's clear we are expected to deduce which of the three male patients will end up being Leatherface--one of them being the odds on favorite. Later in the film the filmmakers misstep in trying to pull a poorly conceived bait and switch that is more infuriating than it is clever.

Coming from the duo that delivered one of the most twisted gorefests in recent years this iteration of Leatherface undeniably feels tame. There are outbursts of extreme violence that are brimming with potential that are disappointingly tempered whenever you don't hear the whir of a chainsaw. The majority of the film feels like a reboot of The Devil's Rejects, reworked to cash in on a name that hasn't been nearly as profitable as it once was thanks in large part to diluted sequels/prequels. Even as it takes a page from the Rob Zombie handbook it lacks a driving force of evil and performance that made The Devil's Rejects so gut wrenching. The exception being an underutilized and surprisingly evil yet fun Stephen Dorff. быстрые кредиты в латвии

Leatherface had nothing but potential to put the iconic killer back on the horror pedestal for genre fans; every chance to endure us to a new generation of the chainsaw wielding, skin wearing psycho. Yet at almost every turn it refuses to cash those chips and gambles them away on a half baked twist that leaves the filmmakers bust. Leatherface spills plenty of blood, but wastes every last drop of goodwill to tell a worn out story with zero creativity. Do yourself a favor and fire up your blu-ray copies of the original TCM and hopefully by the time the credits roll, we'll all have forgotten this one exists.