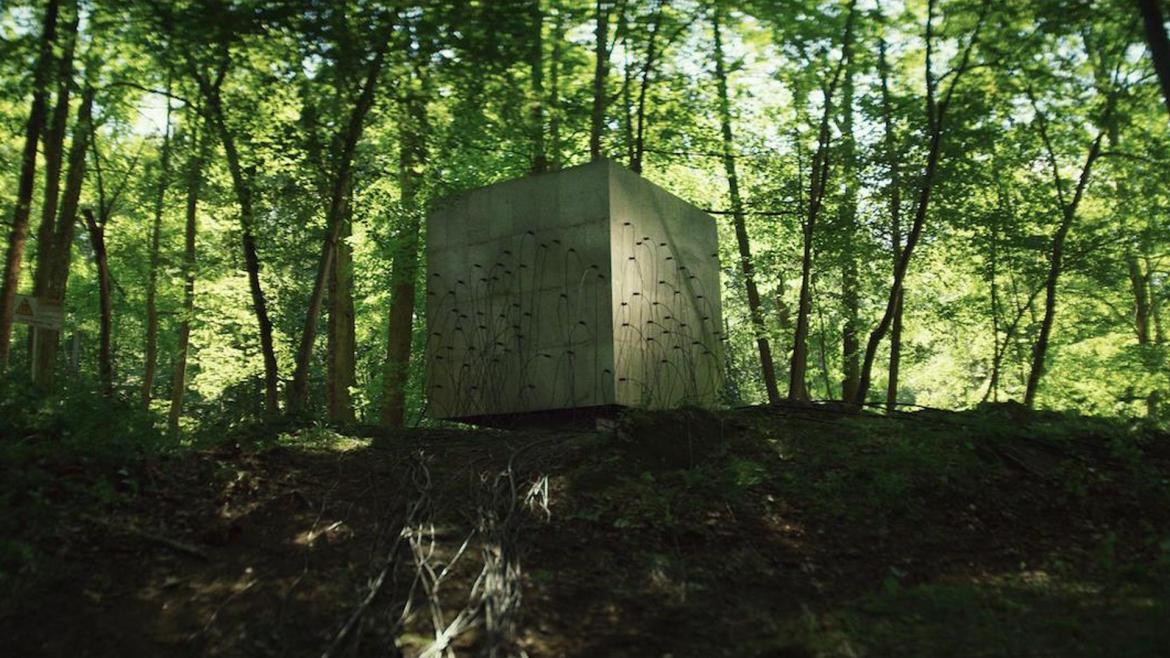 Noah Hutton’s debut feature Lapsis takes place in a world that feels about five minutes into our own future. The technology infrastructure has been rocked by a giant leap forward into quantum computing, which changes everything on the macro scale except for everyday working class people. For them this is just another new technology they can’t afford and only has an impact on their day-to-day lives when they can’t download the correct parking schedule from the city because of their now-outdated hardware. Nobody in Lapsis really seems to know what quantum computing is or how it works or even why it’s important. It’s more of a supreme Macguffin that lets the movie tell an uncomfortably plausible parable about some of the biggest issues we face today: the growth of the gig economy, jobs displaced by automation, amoral and omnipresent corporations, rampant privatization of public goods, the proliferation of healthcare scams, and the degeneracy of late capitalism.

Ray (Dean Imperial), a schlubby dude with a “what if Tony Soprano actually worked in sanitation” vibe, works odd jobs like delivering lost luggage from airports in order to care for his brother who suffers from a new variation of Chronic Fatigue Syndrome that their insurance refuses to cover. Through one of his dodgy underworld connections he finds himself with the opportunity to get his hands on a coveted cabler medallion, which will allow him to make good money building the emerging infrastructure of quantum computing. Cablers hike through the now-privatized national forests with spools of cable behind them to connect monolithic hubs and bring the quantum computing revolution to life. How does it work? Is it dangerous? Nobody really knows, but they do know that they can check in on their cabling app and find progressively more lucrative routes and earn not just money, but also gamified company scrip, (aka “points”) that they can then spend in company stores along the routes to buy food and upgraded hiking gear.

Ray slowly realizes that his cabler medallion might not be entirely on the up-and-up when he finds that unlike everyone else, he didn’t choose his in-app username (the spectacular “Lapsis Beeftech”) and he has an inexplicable windfall of points pre-loaded to his account, not to mention personal videos of someone else’s family. As he trudges through the woods, progressing to coveted higher-paid routes at a pace that gets him side-eye and open hostility from other cablers, he eventually meets Anna (Madeline Wise), a rebel cabler who shows him how to get the advantage over the route-stealing cabler robots. Anna also leads him to the truth about the real Lapsis Beeftech and gradually radicalizes him into full-on rebellion against his faceless corporate overlords.

Lapsis is a bone dry dark comedy as well as an alarm bell for the destruction caused by the multitude of banal evils inflicted on working people by constant technocratic disruption. The ending of the film is a bit jarring because it comes abruptly and largely leaves unresolved many of the issues raised. A traditionally cinematic ending in which the evil empire is defeated would be so unrealistic that it borders on disingenuous, so it almost feels like the film does what so many of us do everyday - it throws its shoulders up and shrugs because there’s not much that can be done except, like the characters in Lapsis, continuing to fight the good fight in whatever tiny ways you can.