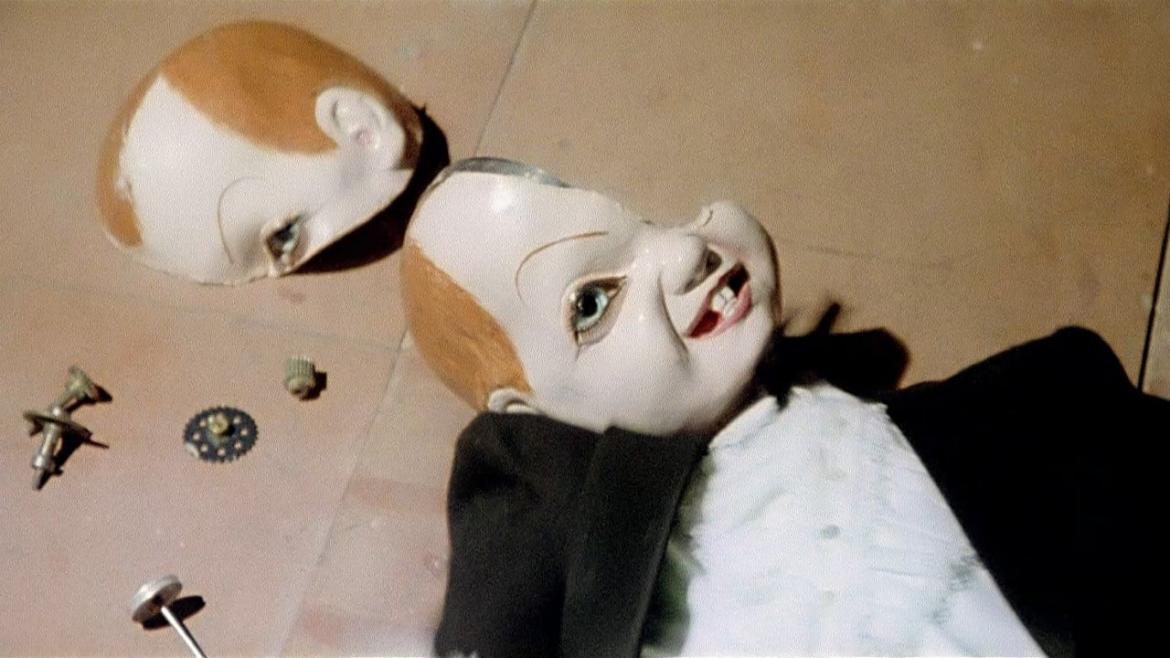 Ethics and movie reviewing can be uneasy bedfellows. I think this is mostly because we all start developing tastes well before we start in depth critical thinking about the construction and overall effectiveness of the films we watch. And though all of us may try to fall back on some techniques of objective critique, it can be difficult to apply what you know about film theory to a film like John Mikl Thor's “Rock ‘n’ Roll Nightmare”. That said we all have some thumbnail idea about what makes a film worthy and rules that help us to determine that. With guidelines in place we try to utilize our formulas with consistency on every film and render opinions that are fair to both filmmakers and fans alike.

One of the rules that I have worked to employ since starting this task is to avoid reviewing films that I have a long standing relationship with. In many cases the people that haven’t seen them will only give them one chance to make an impression, so it follows that I should use the one watch model when doing my reviews. Now that I have laid that out, let’s talk about Dario Argento’s “Deep Red”...a film I have been seeing steadily for 15 years.

“Deep Red” or “Profondo Rosso” is a must as far as inclusion in any series of Giallo reviews. The story follows Marcus Daly, an English jazz musician working in Rome. One night on his way home he happens upon a fellow musician and friend, Carlo, who is expostulating drunkenly on a lonely piazza after a bar gig. As Marcus attempts to talk sense with his friend he witnesses a psychic woman being murdered through the window of an apartment adjacent to the piazza. Marcus is drawn into the nightmarish replaying of the killer’s childhood hell and a fight with his own memory to fill in the gaps of what he saw that night. With the help of a batty reporter named Gianna he uncovers bizarre clues and lost relics of the killer’s story that drive him irrevocably into the maws of a murderous beast.

The movie is a perfect halfway point between “The Bird with the Crystal Plumage” and “Suspiria”. It shows both the frenetic hand of ‘Bird’ and the bravura color palette that makes “Suspiria” a landmark. “Deep Red” has a modern,traditional Giallo feel and a more gothic tone. Its horrors start in the eternal city and radiate out to derelict palazzi and dilapidated farmhouses.

This film is the first collaboration between Goblin and Argento, and it may very well be the best of the bunch. The band that would redefine the way horror movies sound puts forth a score that builds on the sparsest Morricone ideas with synthesizers and looping refrains. These sound spirals underscore the craze that grips the killer’s mind, a repetitive pre-‘Halloween’ nerve plucking that still informs much of the soundtrack work that is being done today.

The difference between this and other Argento efforts are the performances of the lead actors. Certainly there are some performance moments in the movie that aren’t any better than the overdubbing that accompanies them, but once the two mains get going the chemistry is superb. Hemmings is a perfect, jumpy but considerate straight man to the standout character in the film. That role is filled magnetically by Daria Nicolodi. Nicolodi, a longtime Argento collaborator, lover and mother to his daughter Asia, turns in the best single performance of any Argento film. Gianna is a lovable fruitcake, who is both comic relief and love interest. She reminds us that even though lengthy scenes of operatic violence are his calling card Dario knows how, when, and where to position levity as an audience resource.

The Gianna character is not just another wonderful bit of quirk that Argento so frequently places in his films. She is the catalyst to an open display of the gender politics and psycho-sexual subtexts that are at work here. In fact, the explorations of these ideas are so rich that one could well view this film as Argento’s ‘8 1/2’. The interplay between feminist reporter and sensitive artist is brilliantly written and played. Marcus is battered and bruised like a hero but his abuse and his salvation very often comes at the hands of the women in the film. Gianna by contrast is often playing up her insecurity in order to nurse Marcus’ masculinity back to health and deepen their relationship. Like everything else in “Deep Red” these ideas are worked into the viewer both directly and subtly through composition.

Of all the artistic reasons to visit or revisit the film, composition stands well above the others. Dario Argento has no peers in the horror genre when it comes to fusing frenetic and painterly approaches. The first act of ‘Profondo Rosso’ advances so many notions both philosophical and revelatory through metaphorical composition that getting everything that is offered is almost impossible in one sitting. Antonioni close-ups are refashioned and repurposed as remarkable tension tools, the killer is laid bare and the true nature of essential characters are all on display in the first 25 minutes... if you are looking for it.

For all the praise I can lavish on “Deep Red” nothing is more important than this. It is the most fun you can have with Dario Argento. His comic hand is stronger here than anywhere else in his catalog and the murder set pieces are original, picturesque and brutal. I am giving the film a ten because I love it and I think it stands well above any other Giallo ever made; it is also Argento’s Masterpiece. No apologies to ‘Suspiria’, which I love as well; this film is a more complete experience in my modest estimation.

Great filmmakers pay expert attention to delivery systems for the characterizations and information they feel is important (i.e. tension, emotionality, atmosphere, soundtrack and mis-en-scene). No filmmaker ever does all of them flawlessly, but what is most important is not hitchless synthesis so much as carrying mood and meaning through the entire course of the film. Knowing when your action has to be deeply impressive to pick up a story fault and when a performance is more important than forward momentum. Argento is an exacting filmmaker in many ways, but what he decides to de-emphasize can really frustrate a new viewer. ‘Deep Red’ is the perfect entry point for the novice because it is Argento’s most comprehensive,detail oriented, and assured work. If you only ever watch one film in the Giallo cycle and/or the Argento filmography then it has to be “Deep Red”.