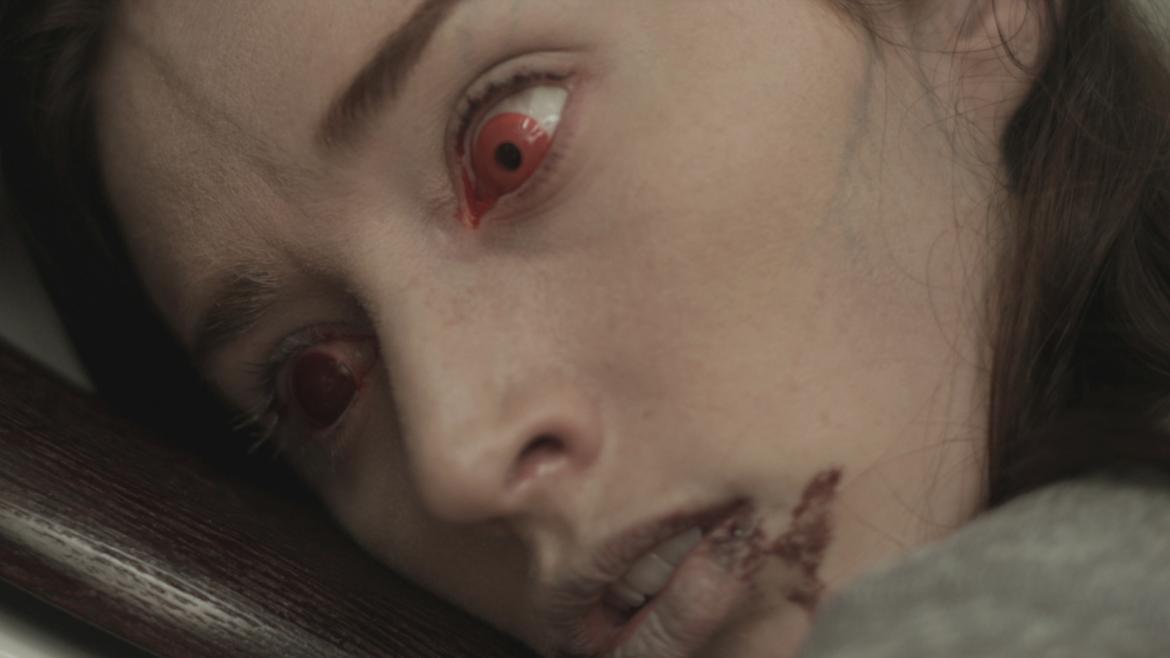 Body horror films are a dime a dozen nowadays. However, there was a time when they were highly sought after, mainly due to the love for David Cronenberg and his unrelenting ability to mix decay of the flesh with political and social commentary. His films captured iconic and terrible imagery, but the message hiding underneath the layers of skin made the experience feel worth the watch and multiple viewings. Stripping away that creative mind to leave a film solely focused around showing literal brains leaves an experience that can be hard to sit through. 2013's Contracted is an example of that dead flesh with no brain activity. It leaves a bad smell and no sign of any cure.

Contracted tells the story of Sam (Najarra Townsend) who is a young, attractive, and sexually dominant woman. While at a party at an old friends house minus her bar tending girlfriend Nikki (Katie Stegeman), Sam meets a mysterious man named B.J. He offers her a seemingly harmless beer, but it sends Sam into a drunken stupor to which B.J. takes advantage of her in his parked car. The next day, Sam's hangover and shame still linger while she goes through her motonous workday as a waitress and fights with her mother (Caroline Williams). The following days still seem to cling to that hangover, or at least Sam believes it to be just that. Once her eyes start to change to a bloody mess and her fingernails fall into salads at work, she realizes something much more sinister is happening to her body. The police are after the same B.J. that gave her this virus, but Sam does not want to ask for help in fear of revealing her affair to Nikki and living through public shame of her deformity.

It's rare that a film can feel like a sequel or prequel to a non-existent franchise, but Contracted manages to infest that very idea. The whole set up of the movie makes it seem like an existing virus from a successful zombie flick being explained in detail. In that way, it feels instantly like a part three or four to a franchise, however, that franchise doesn't exist which makes the movie sit oddly. There is no explanation of what is happening to Sam, but the imagery conveys something bigger than just an STD or extreme virus. It was an interesting approach to how a zombie outbreak would begin, but the movie makes a lot of mistakes in its execution. Instead of creating more of a hysteria around the virus, the script seems hung up on Sam's love life which is truly uninteresting. If Nikki as a character was more lovable toward Sam then some dramatic tension could have been created. Instead, watching Sam spiral into a decaying mess is just hard to watch and leaves no chance for pulpy fun. The reactions of other people to Sam's decay is also insane. The scene in which both of Sam's eyes look like pepperoni's in a socket and her skin looks like poison ivy is met by her mother with the accusation of drug use. It's odd and leaves the viewer wanting to pull their hair out just like Sam.

The director Eric England (no relation to the country, or Freddy Kreuger) seemed to have some interesting concepts he was trying to play with in this film. Sadly the final product is just not worth the cringing that follows from every fingernail falling off.