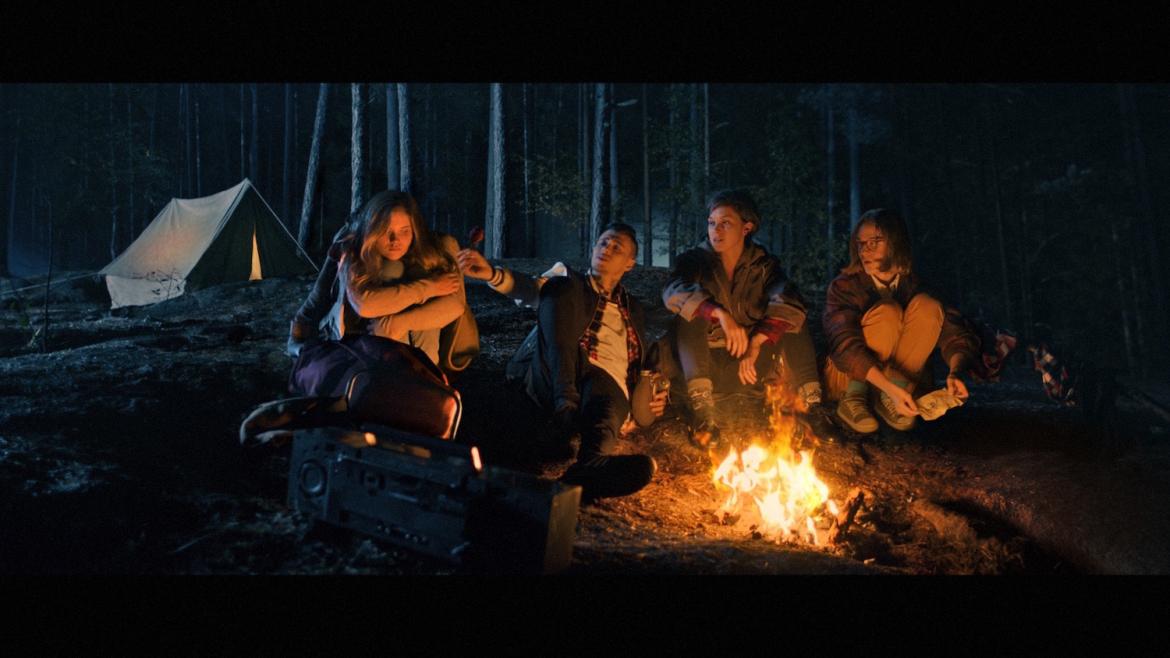 For any subgenre (or genre), relevancy and novelty are constantly in flux. After 2006’s remake of Black Christmas, it looked as if the glory that Scream had (re)birthed was dwindling. Thankfully, Finnish slasher flick, Lake Bodom, promises both a healthy career for first-time horror director, Taneli Mustonen, and a welcoming cushion to a slew of low budget slashers neither well studied nor thrilling enough to breathe life back into trodden scenarios. Bodom is remorseless, visceral, and beautiful; a chilling ride, bolstered by its fanatic adoration for the classics.

Much of the film’s strengths lie in the unfolding of its (factual) plot, and the less known, the better. (The events also inspired the name of Finnish metal band, Children of Bodom). But like any great slasher film, it has three ingredients: a campground, reckless teenagers, and somebody tripping while running away from the killer and spraining their ankle. You know where this is going.

Clearly, Bodom treads little new ground in its premise, however it exceeds in perfecting conventions with layers of nuance and respect for its predecessors. Overt nods are made to Friday the 13th and Wolf Creek, both in set up and eventual action; even though the outcome is foreseeable, the film has a constant sense of momentum and logic that keeps the formula fresh. There are a fair share of twists peppered in at the mid-point, which initially leaves a sense of emptiness for where the film could go, but where it does lead feels like an amended version of High Tension’s irrational third act. Mustonen even manages to tackle the “unkillable” villain trope with a more simplistic, visceral terror than either the expository prequel trend, or the classic supernatural write-off.

What separates Bodom most from other wilderness / campground slashers are its setting and scenery. They’re ironies not overlooked, as numerous classics harboring killers in secluded, lakeside getaways are iconic for their pitch-black, claustrophobic depravity that hides the awaiting villain. But Bodom saturates its audience from minute one in visuals drawn from German Expressionist cinema. Interplays of light and dark and sculpture-like set design provide a depth for the characters to explore, and frequent wide shots establish a sense of immensity within the forest that the characters cannot flee from. And with the southern Finnish wilderness harboring deep and rich autumn colors during daytime scenes, the stark shift to penetrating blacks, grays, and blues that shade the night heighten the panic when all hell breaks loose.

The film isn’t without its fumbles, though, and one sequence of heavy exposition nearly derails an otherwise solid third act twist. And an occasional choppiness during scene transitions leaves several plot points feeling underdeveloped. Through it all, though, Lake Bodom promises and delivers an entertaining ride. It has an energetic pace, polished design, and slick understanding of its genre to make the slasher film feel contemporary once more.