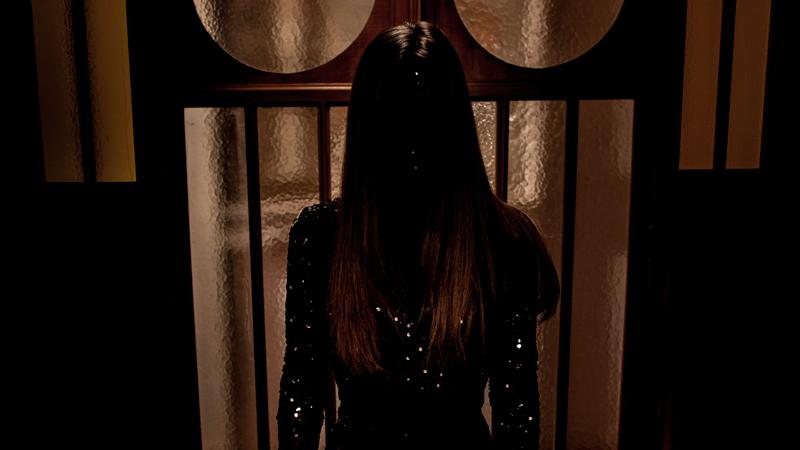 The Strange Color Of Your Body's Tears (Movie Review)

Somewhere out there lives a person who will one day have the bright idea to program a double bill of Beberian Sound Studio and The Strange Color of Your Body's Tears. When that day comes I want to meet that person, so I can punch them as hard as I possibly can dead square in the face. Bruno Forzani and Helene Cattet follow up their debut Amer with a film that manages aural and visual brilliance, but also bombard the film with a non-linear storytelling technique that makes for a garbled, nonsensical mess of a film. The filmmaking duo work so hard to prove they are the smartest people in the room that they never stopped to ask if what they created is even worth watching. For anyone that likes to have an inkling as to what's going on when they spend close to two hours with a film, that answer should be a resounding “no”.

Dan (Klaus Tange) returns home from a business trip to find his wife is missing and the apartment is locked from the inside. Dan is also a dead ringer for Jean Claude Van Damme, and he will be referred to as such for the remainder of this review. From there the film is kind of, sort of about Van Damme trying to find out what happened to his wife, but rather than execute a series of well timed spin kicks to the foes of justice, Dan suffers through waking nightmares, cases of missed identity and bizarre encounters with the other apartment building tenants. This happens repeatedly as multiple characters weave in and out of the film, hijacking everything with their own story that has no bearing on anything. Making matters worse are the repeated jolted cuts, the overuse in returning over and over to our black gloved killer as he carves up his victim and the scene which caused me to throw in the towel when one woman's story is told completely in black and white still shots. The film descends into a series of quick close up, repetition and allegory where everything means something different and deeper than what's actually presented on screen.

The issues with Strange Color begin early and continue unabated throughout the film. Forzani and Cattet take bizarre detours at every opportunity. At one point the detective leading the investigation goes off on a twenty minute tangent regarding a woman he was once hired to tail, and at its conclusion, Van Damme II (This Times It's Personal) looks at the cop and deadpans “What does that have to do with finding my wife?” When the filmmakers take a not so subtle jab at themselves for their inability to avoid being incomprehensible, you know you are in for a bad time. The giallo murder mystery is an afterthought to the constant flood of jumbled diarrhea sprouting from every sidebar.

As a piece of art, the film works quite well. Outside of the context of the overall film, I appreciate the commitment to detail and ability to create thousands of stunning and beautiful shots Forzani and Cattet possess. The only reason I hung with the film as long as I did was due to gorgeous compositions and framing as well as colors that pop off the screen. The soundtrack, consisting mostly of french jazz was also especially beautiful, and certain numbers, combines with the peppermint swirl of spinning vinyl had a hypnotic effect.

The Strange Color Of your Body's Tears will divide audiences and critics. It is not the kind of film that inspires any middle ground. As much as I wanted to love this film for the artistry of the talented filmmaking duo, the lack of focus makes it one to avoid at all costs.

Movies Like The Strange Color Of Your Body's Tears