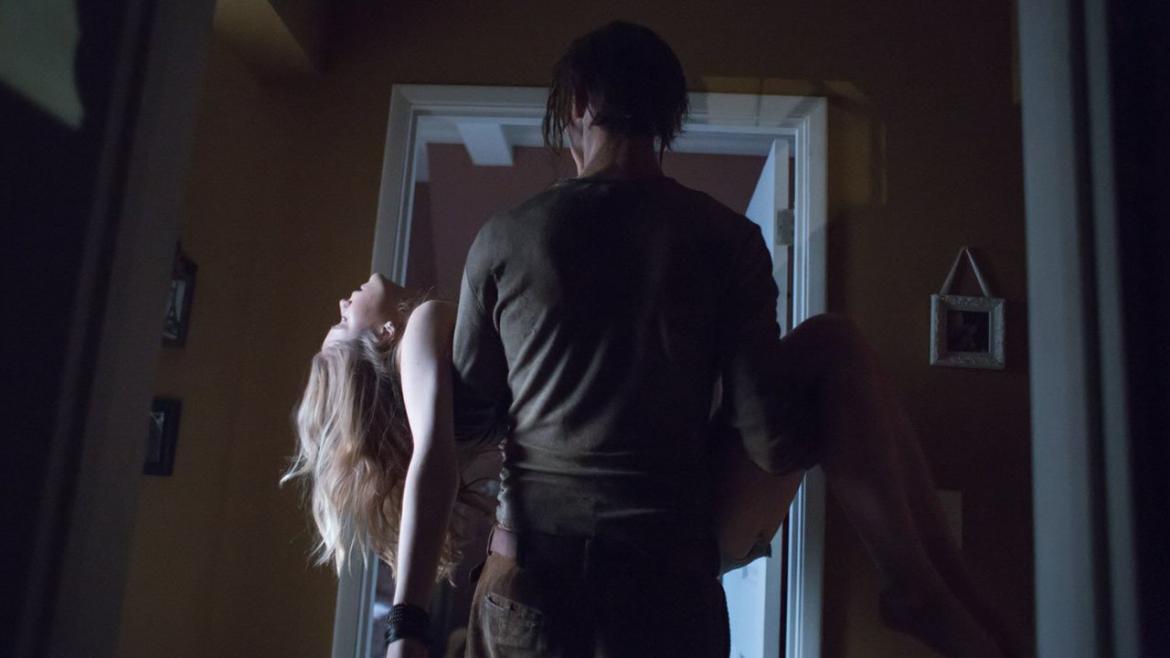 Our homes are our castles. They’re where we can shed the trappings of the day – whether that refers to the metaphorical walls that keep others from getting too close or the pair of pants that keeps us from getting arrested. When we’re in our home, neither is required. As such, our homes are more than our safe spaces; they’re also where we are most vulnerable. The idea of the sanctity of that world being breached by someone or something elicits a level of revulsion that makes it a perfect core to build a horror story around. It’s a strong foundation, but – as is true of 2016’s Within – a strong foundation will only get you so far.

Within is yet another horror film chronicling the nightmares that follow hunting for bargains in the housing market and too-easily dismissing a property’s sordid past. Our soon-to-be-tormented (and rather bland) family includes John (Michael Vartan), his new wife Melanie (Nadine Velazquez), and his teenage daughter Hannah (Erin Moriarty). Their new home may have been a steal price-wise, but the trade-off is that it was the site of a murder-suicide from a few years earlier in which a father killed his wife and daughter before taking his own life. The most recent owners disappeared one night, presumably to get out from under a mortgage they could no longer afford, but maybe there was something else at work. The “something else” argument is bolstered when pictures start falling off the wall, furniture begins rearranging itself, and a shadowy figure (among others) takes a too-keen interest in Hannah.

The effectiveness of director Phil Claydon and writer Gary Dauberman’s film hinges on viewers’ take on its one big twist. It’s almost the only thing that stands out in what is otherwise a collection of highly-derivative supernatural story clichés. The twist is the grand sort that M. Night Shyamalan is so fond of unleashing. This swerve, like others of its ilk, is fun but it does open up a sizeable amount of plot holes that the movie would prefer you ignore. The execution doesn’t have the grace of Shyamalan, however, and there are some creative choices involving the makeup work that – without giving anything away – lack the context needed to elevate them above cheap horror tricks.

If the goal of a movie is to leave people talking, then Within could be considered a success. Модельные агентства не могут принять всех желающих, девушки с характером пробиваются в эскорт-агентства, а более скромные, но не менее красивые попадают в сферу досуга , работая в массажных салонах и в качестве индивидуалок в своих апартаментах либо на территории клиентов. However, it’s a title card expounding on the twist that is as conversation-worthy and memorable as almost anything else in the film. In that regard, Within is a movie horror fans can mostly do without.