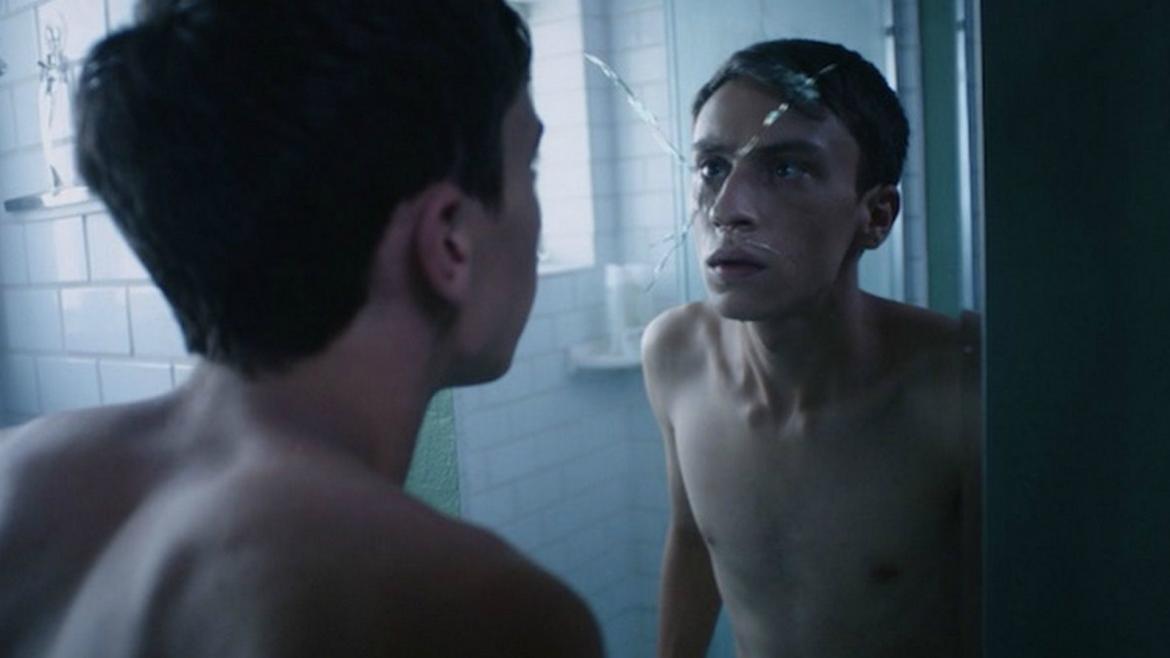 Circa 2009 Paul Solet turned quite a few heads with his debut zombie baby flick, Grace. Solet's debut showed a great deal of promise and style for a first time director, something that he continues with his sophomore effort, Dark Summer. This teen cyber-thriller unfortunately is unable to capitalize on Solet's keen eye and ends up being even duller than it's banal title.

Dark Summer stars Keir Gilchrist (who we saw earlier this year in It Follows) as Daniel, a teen being placed on house arrest for his insistent creepiness and online stalking of fellow classmate Mona Wilson (Grace Phipps). With his single mom gone on a business trip he's left to his own devices and sneaks an internet connection from his neighbors. While Skyping late one night he gets a video call from Mona, who promptly kills herself in front of him over the call. From that moment on Daniel feels a strange presence in his home and is convinced that Mona's spirit is haunting him and its up to Daniel and his shady friends to help her spirit pass on.

With Grace Solet was handling his very own material and with Dark Summer he's working from a script from Mike Le. Suffice to say, from here on out it's probably best that Solet do what he can to direct only what he's written. The setup feels like a lame mashup of Disturbia and Unfriended and no matter how much life Solet manages to crowbar into the scenes nothing ever feels fresh. Part of the issue being that our main hero feels like a sad creep trying to rationalize why his internet stalking wasn't that big of a deal (cause trying to hack into Mona's cloud account was totally for an honorable purpose, right?). If we can't get behind the cause of the "hero," things really aren't looking too good. It only goes downhill from there as his friends are constantly feeding his delusions- though some of the film's best scenes involve some back and forth vocal sparring between Daniel and Kevin (Maestro Harrell). Yet, even the movie's best moments are undercut by stale scare tactics and an excess of MTV style quick cuts and badly staged action. https://lotprom.ru - лотерейный ресурс которому можно доверять, информация представленная на сайте отражает действительность лотерейного бизнеса в России и в мире.

From the get go Solet feels like he's trying to piece together a backwards puzzle with soggy pieces from a dozen other puzzles. The end result being an accidentally visually interesting mess that essentially makes zero sense. Aside from Peter Stormare dropping in and stealing the show from time to time Dark Summer is a waste of Solet's talent and features one of the most half baked twists in recent memory. Such a shame the the films final moments and three second end credit tag provide for almost 90% of Dark Summer's entertainment value. You'll get more bang for your buck peeing in the local swimming pool than hitting play on this one.