Kiss of the Damned (Movie Review) 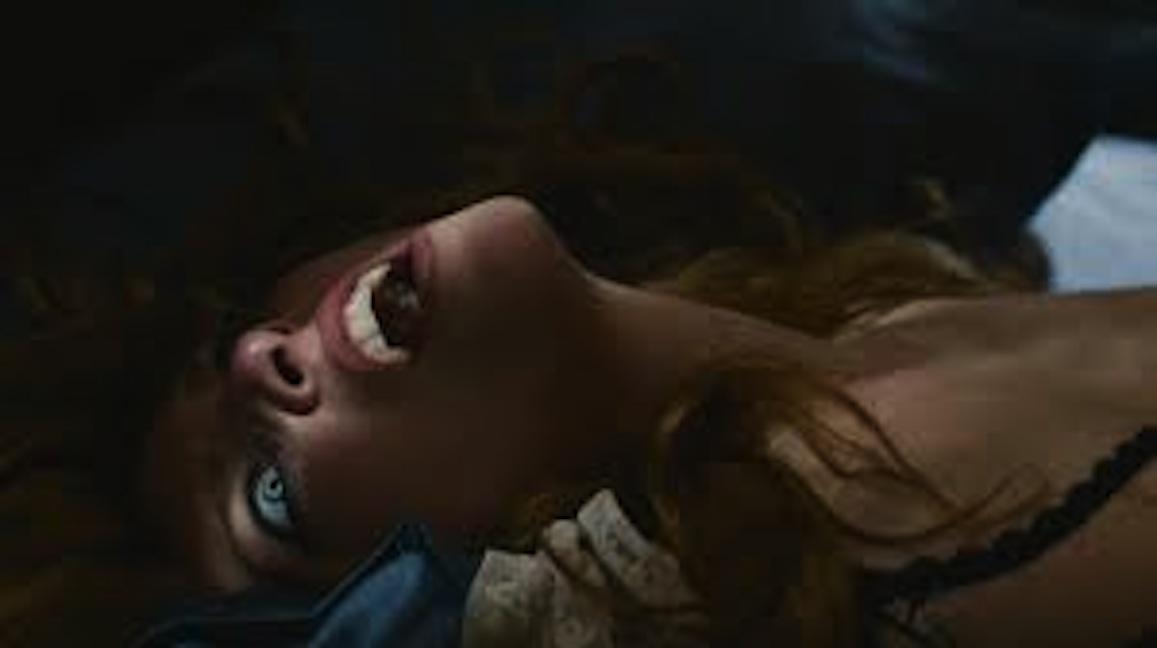 It should be noted that “Kiss of the Damned”, written and directed by Xan Cassavetes, is her first theatrical release. When I thought about the state of vampire films today, the way they glamorize and glorify the concept, I was expecting this film to follow suit. To my surprise, it took me back to the gothic horror that used to dominate the fictional world of the blood thirsty. What makes this film stand out is the beautifully calculated cinematography that maintains the classic gothic tone in a modern setting. Dark forests, tight closeups, flashes of red amongst pale skin, and the absence of natural light are all strong points of a well photographed vampire flick. Unfortunately the praise begins and ends with the visuals due to the complete lack of character development and plot. To put it simply, this film needed a different writer.

The plot for this film is fairly simple at the start, but by the third act takes a turn into a different story altogether. Paolo, played by Milo Ventimiglia (“Heroes”), is a screenwriter holed up in a private home trying to create a new script for his studio employers. One evening he goes to a video store and meets the mysterious Djuna, played by Josephine de La Baume. They have a mutual instant attraction but Djuna insists that they cannot be together. Paolo continues to seek a relationship with Djuna against her wishes and she reveals that she is a vampire. Paolo accepts her for what she is and he chooses to become a vampire so they can live together forever. Djuna teaches him to hunt only animals, never to go outside in the daytime due to the deadly sun, and to be wary around humans. This is one of the first flaws of the film. Out of the ninety minute runtime, all of this takes place in the first twenty minutes. The story asks us to accept their willingness to live together forever when they’ve only known each other for two days. The development of Paolo and Djuna’s relationship felt rushed and the dialogue used to drive their intimacy were cuts between scenes of hunting for animal blood. Also, the build up (as quick as it was) to Paolo becoming a vampire is dropped for the rest of the film. Once he is brought up to date on how the vampire gig works, his new form as a vampire is never an issue again. It left me wondering what the rest of the film could possibly be about.

Djuna’s rebel sister Mimi, played by Roxanne Mesquida, eventually learns of Paolo and comes to disrupt their love affair. It is shown through quick cuts that Mimi does not follow Djuna’s “vegetarian” diet of animal blood and although Mimi tries to hide it, Djuna knows the truth. They have a strained and complicated relationship that is never expanded upon for the rest of the film. This brings us to the second flaw of this story. Much like the rushed relationship of Paolo and Djuna, the sister versus sister dynamic that the film tries to create is never given anymore fuel other than random dialogue. We know they had a problem in the past, but the film never explains what that problem was or even why Mimi would want to be a part of Djuna’s life. Mimi kills several people and all that comes of it is an argument between the sisters. Even Paolo’s studio agent is killed by Mimi but the weight of the event is dropped right after it happens. I’m all for subtlety and leaving explanation out of dialogue but it has to be done effectively.

Throughout the movie a friend of the sisters named Xenia, played by Anna Mouglalis, is occasionally brought in as a buffer for the animosity between Djuna and Mimi. She is introduced as a minor character but by the third act she is now Mimi’s target. Mimi tempts Xenia to kill a young girl for no apparent reason or motivation. The biggest source of character and plot flaw lies in this final section of the film. The threat of Mimi to Djuna takes a backseat for the last forty five minutes and focuses on Xenia. There has been no build up to a problem between Mimi and Xenia and its as if the film took Djuna’s role and put it in Xenia’s hands. It leads to a confusing and pointless finale that tries to reincorporate Paolo and Djuna, but ultimately fails miserably.

The problem of “Kiss of the Damned” lies within its writer. Xan Cassavetes did a better job directing than creating an original gothic vampire screenplay. There are several scenes that took my breath away visually, the notable being a chase scene in the woods where an out of focus Mimi, covered in blood, flashes in and out under the moonlight. The overall visual tone is what kept me watching the film. It takes the tone back to a gothic victorian feel but set in a modern world. That is not an easy accomplishment and it truly reveals that Cassavetes is a talented director and photographer.

The acting, musical score and cinematography were all top notch but unfortunately the story falls too short to even be passable. A positive aspect from this film is that given the right plot material, dialogue, and having Cassavete behind the camera would be something that I would love to see. She proved to have great directing chops and a promising career ahead of her. Everyone has to start somewhere and she gave this her best visual efforts. Unfortunately she still needs to work on her story development and should have hired a more seasoned writer to accompany her strong visuals.