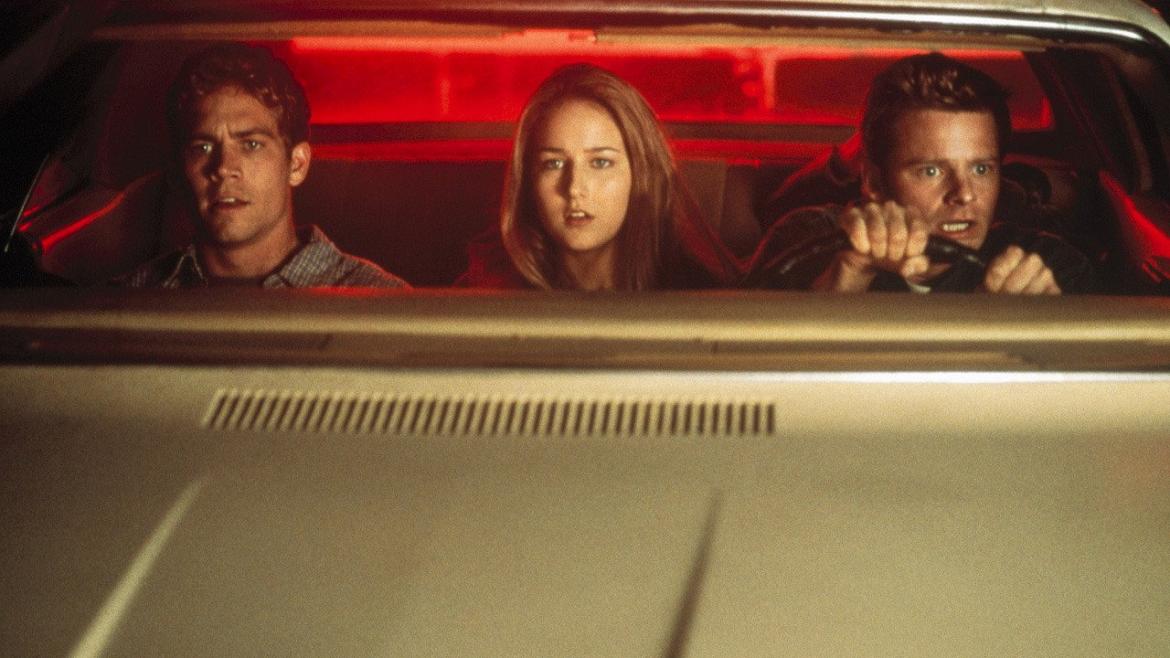 Fans of the Fast and Furious movies know Paul Walker’s character, Brian Connor, has a pretty dramatic journey from his humble beginnings as an undercover cop to leader of an illustrious family of drivers who enjoy every kind of adventure from high-stakes heists to special ops military missions.  But where did Bryan come from? What events in his life brought him to this place? What most fans may not know is that the same year the original film was released, another film came out that may offer some insight into Brian Connor’s earlier life.

When given the opportunity to finally have some alone time with the girl of his dreams, Lewis (Walker) decides to buy a car and drive cross country to pick up Venna (Leelee Sobieski) and share a romantic road trip. When Lewis’ deadbeat older brother Fuller (Steve Zahn) calls from jail the ever-generous Lewis agrees to bail him out on his way to Denver. The trip starts out normal enough, until Fuller decides to have a CB radio installed in Lewis’ new car, “for laughs.” The two decide to play a prank on a lonely trucker with the handle Rusty Nail, baiting him to a local motel for a rendezvous with the mysterious (and nonexistent) Candy Cane. When the prank goes too far, the brothers and their female companion are in for some serious scares as their joy ride becomes anything but.

Here I posit that after joining witness protection and agreeing to never contact one another for their own safety, Lewis, Fuller, and Venna each go their own way. Inspired by his horrific experience and now hooked on the adrenaline of street racing, Lewis moves to LA where he becomes an officer of the law, and later meets Dominic Torreto, who fills the void left by his own older brother, now living happily as a radio DJ in New Orleans. Wake up, kids!

But, I digress. Co-written and co-produced by a young J.J. Abrams, Joy Ride is exciting from start to finish – so long as contemporary audiences can get over the fact that the escalation of this story is almost entirely predicated on the relative rarity of cellphones. The film preys on two common tropes in horror films of 1) a joke that goes too far, and 2) a fear of rural others, illustrated here by the trucker (voiced by Buffalo Bill himself). One action sets in motion a chain of events that Lewis, Fuller, and later Venna are virtually powerless to stop. The story moves our trio along nicely from set piece to action-packed set piece at a quick clip, never really allowing the characters or the audience to relax. The fact that we never get to see Rusty Nail’s face makes every stranger at every truck stop and gas station suspicious, not to mention that it effectively makes the truck and blinding high beams the villain as it stalks the three down isolated highways and side roads.

Within the broader genre of action thrillers of this type that were a dime a dozen in the early aughts, Joy Ride sets itself apart. And hey, it might offer some insight into one of the greatest action franchises of the last decade.