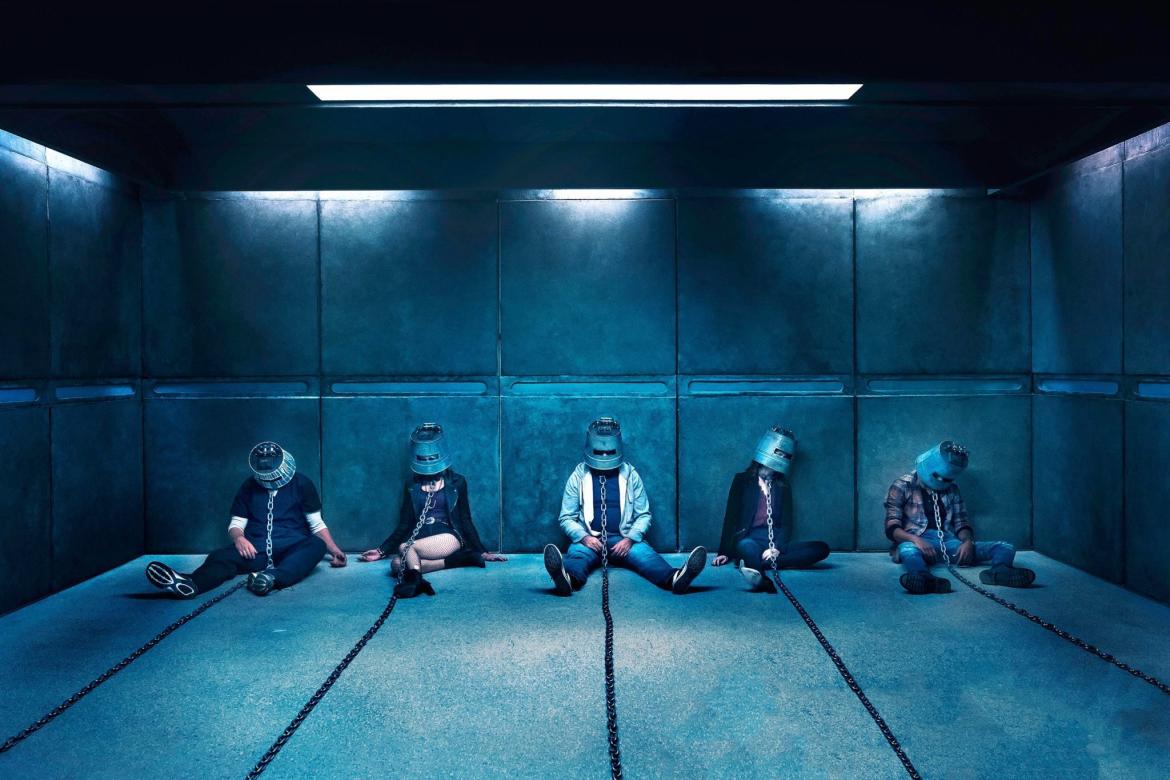 There are three basic don’ts every player, viewer, and creator of the Saw franchise should know eight movies deep. Don’t: (1) break the rules of Jigsaw’s games, (2) mention Betsy Russell or her character Jill Tuck…ever, and (3) rely on an illogical plot twist that breaks the rules of the universe.

It’s been seven years since anyone has heard the words, “I wanna play a game,” and ten years since John Kramer (aka Jigsaw) met his untimely fate in Saw III. Over the course of its lean, but glacial 92 minute running time, Jigsaw manages to hit every beat its predecessors did, neither improving or exerting further damage to the already drowning franchise; it just continues to wallow in a cacophony of wailing saw blades, buckets of the red stuff, and actors you’ll never see again.

A string of murders bearing the modus operandi of the late John Kramer begin to appear. Assigned to the case are franchise newbies, Detective Halloran (Callum Keith Rennie) and medical examiner Logan Nelson (Matt Passmore). Nelson quickly identifies the work as belonging to Kramer. However, with his death more than a decade past, his involvement leaves the team baffled. As law enforcement narrows in on what may be a copycat killer, a new game is being waged with five victims, each having to endure one grisly test after the next.

With Aussie-born directors Michael and Peter Spierig (of the underrated Daybreakers), and writers Josh Stolberg and Peter Goldfinger, Jigsaw had every opportunity to refashion the train wrecks wrought by their previous makers. (For the record, though, Saw VI is the best of the series). Dropping the frenetic editing vomit various filmmakers adopted in Saw II, and incorporating a few moments of self-reflexive humor are the only real indications of Jigsaw’s separation from the pack. The Spierig Brothers manage to elicit some of the best performances from the series; yet, when you’re benchmark is Betsy Russell the acting is superfluous. Story does matter, though, and it’s where Jigsaw feels rusty.

The Saw franchise always prided itself on insane timelines, which frequently overlapped with their immersive backstories and implausible twists that leave one with a sense of dizzy and frustration. It’s not that Jigsaw’s twist(s) are necessarily bad. It’s the same ten-minute exposition dump seen in previous films. But for franchise fans its amalgamated nature will ring exponentially hollow. So, too, is the setup – borrowing heavily from Saw V.

As the franchise trudged along, it lost its sense of grime and grit, opting for more uses of CGI, discernable prosthetics, and the intimacy that made the original trilogy resonate even under the weight of its flawed moral compass. To Jigsaw’s detriment, The Spierig Brothers have sanitized the franchise. Gone are the cold and decayed industrial plants that pervaded the series, the highly satured color pallette, and sadly, the traps feel too sterilized. What made the original traps memorable were their sense of isolation. The group aesthetic of II, V, and now Jigsaw, deplete Kramer’s core motivation to have his victims overcome their helplessness. Jigsaw too often feels like a cynical cash grab, and while that's no surprise, the filmmakers could have done better to disguise the studio's intentions.

If you feel like mangling yourself as the characters do, then Jigsaw may be for you. But for fans, it’s by and large a preposterous reboot that is aggressively dull. Like its title character, the Saw franchise just needs to die.