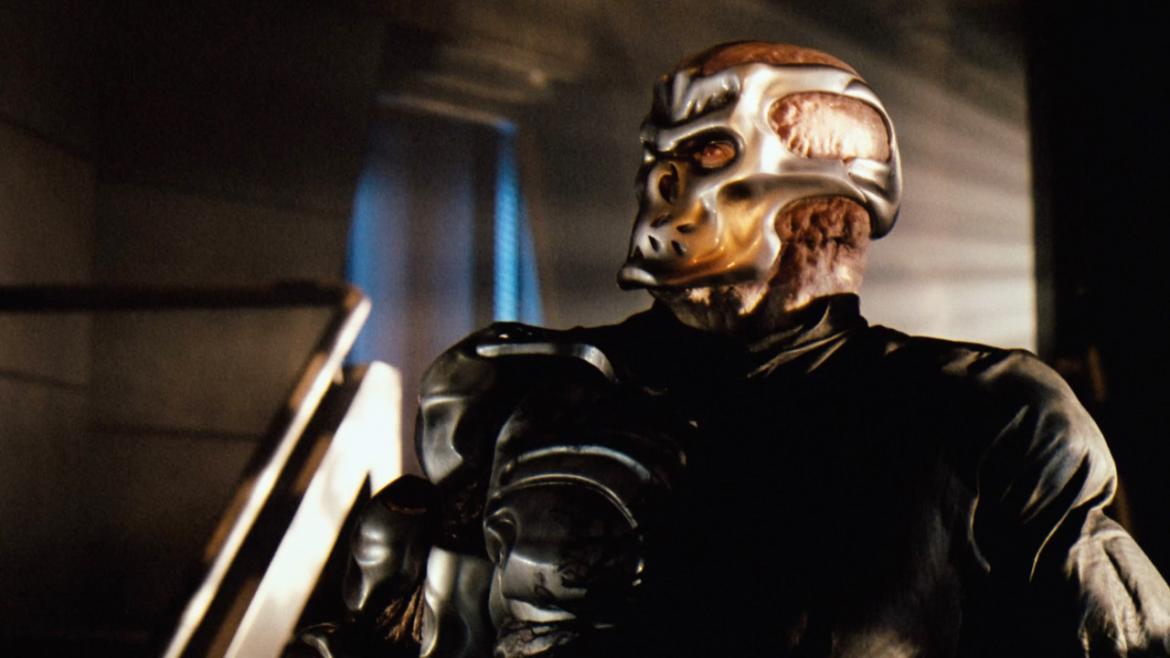 Jason X takes everyone’s favorite unstoppable machete wielding slasher away from his home turf, Camp Crystal Lake, and into the final frontier. This particular sequel is set in 2010 as Jason is about to be cryogenically frozen until researchers can figure out a way to kill him. 455 years later in the year 2455 Earth has been abandoned and deemed uninhabitable. A professor leading a group of students down to explore what remains of Earth the Jason popsicle. Believing that the discovery is worth some big bucks the professor brings the killing machine aboard his ship. Once unthawed Jason picks up where he left off, now with a ship full of fresh fornicating meat.

If there’s one exciting thing about taking a horror franchise to space (and the future in this case), it’s the prospect of all the insanely cool gizmos and gadgets at the killer’s disposal to off their prey. Instead, Jason X shows us pretty much everything we’ve already become accustomed to- minus one specific twist on a head smash. Beyond that the game is pretty much the same as the other nine Friday the 13th movies, if the other nine Friday the 13th movies were written by a sci-fi obsessed and sex repressed science geek.

In the end Jason X marries the Friday the 13th franchise with the ideology of Aliens that more is better, but instead of a bunch of Xenomorphs you get one Uber Jason. Also, by forgoing tension in favor of comedy the movie completely loses sight of what made Jason the icon that he is. Instead what we are left with is a horror staple reduced to nothing but a pile of jokes fit for a high school locker room. Score this one a notch in the guilty pleasure column, as that’s about as flattering a compliment as Jason X can possibly earn.