Into the Forest (Movie Review) 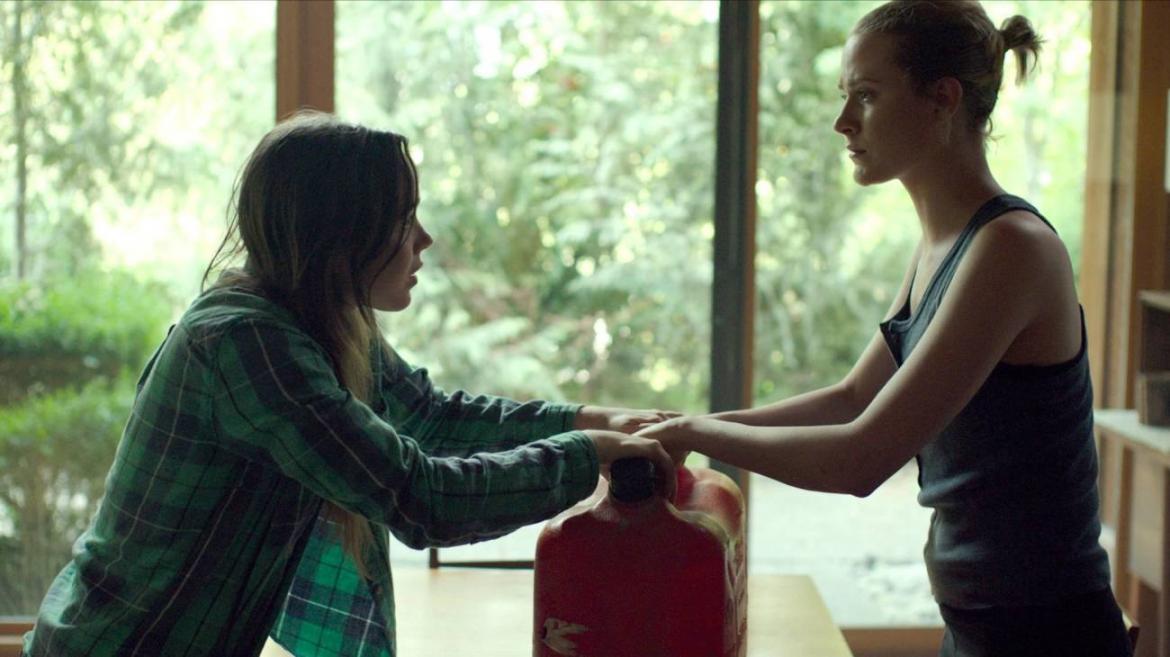 Some end of the world stories are about monsters both mythical and true, some about civilization or about political agendas crumbling beneath the feet of those that formerly prospered. Or in the case of Into the Forest they can also be about relationships and what love means.

This is the story of two sisters, Nell (Ellen Page) and Eva (Evan Rachel Wood) both very different personalities; frayed and strained in the only the way a sibling relationship may be. They live on the west coast in a rustic home in the forests of California with their father (Callum Keith Rennie) in relative happiness in an unspecified near future (we know this because the television sets are see through). That is until a sustained power outage takes away all their creature comforts and an unfortunate accident leaves the girls alone to fend for themselves from an increasingly brutal and feral world around them.

All of this sounds like it could add up to be an action packed survival flick. It’s not. The director has opted to focus on small personal moments with strong emotion, magnifying them until they consume the core of the film. This is a movie about how these characters feel, and in that way it makes for a unique perspective on the apocalyptic terror flick. Instead of the terror of the unknown driving these sisters apart, it drives them together.

Into the Forest is about a bond; the undeniable essence of the familial connection. These sisters quibble but fight for each other’s survival.  Sometimes to a fault. Things sometimes happen in this film because of the emotional impact it creates more than because it rings true. Despite this, the acting of Ellen Page and Evan Rachel Wood is so strong that you find yourself engaged with them, even if they are casted well above their characters ages. The drawback to this of course is despite their acting chops you are left to wonder how more affective this film and threat  would be if it truly were two teenage girls fighting for their survival instead of near thirty year olds. Instead we are left with women arguing over whether to use their fleeting gasoline reserves to listen to music. All this would help Into the Forest  seem more perilous and add some punch to a film that is both beautifull acted and emotionally resonant. Многие по достоинству оценят реалистичное и откровенное порно студентов на природе https://studsex.info/na-prirode , где сочные девчатки буквально творят чудеса с членами партнеров.