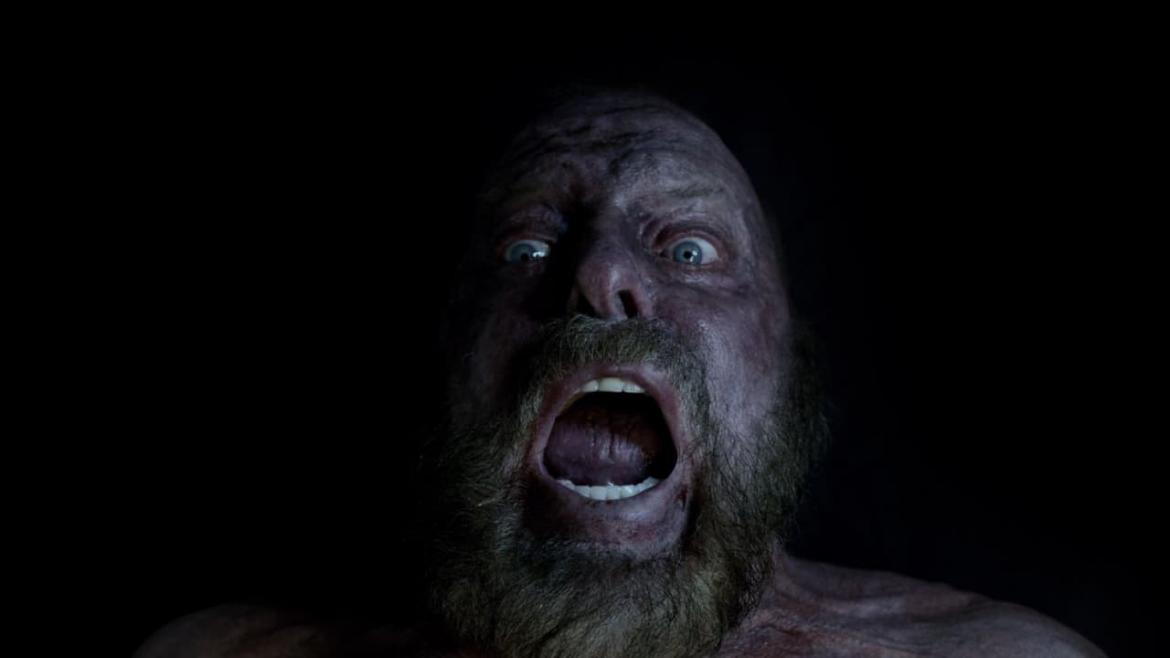 The Block Island Sound (2020) is not for vegans. It is sometimes cheesy, with an archetypal skeleton, effective dialogue that puts meat on its bones, and filled to the top with animal death. That includes the kind that make pet clutchers turn off their TV, so be warned. With that said, writer/directors Kevin and Matthew McManus of American Vandal (2017), deliver a very tense horror film that feels realistic despite its subject matter.

The film begins with my stand-out opening of the year -- simple, subtle, and ominous. On Block Island, in the Block Island Sound of Rhode Island, Tom Lynch (Neville Archambault) has been acting strange for weeks, and his son Harry (Chris Sheffiled) has been trying to keep his father’s sleepwalking in check. When thousands of fish show up on the shores of Block Island, daughter Audry (Michaela McManus), an EPA worker, returns home to investigate. As Harry soon is afflicted by similar behaviour to his father, we see the looming threat of madness and violence, and wonder what exactly is causing this.

The plot feels eerily similar to Horse Girl (2020), but the films vastly differ stylistically. The dialogue and acting pair together to elevate this cliche story into a believable lived in world. The McManus Brothers delivered that same sense of heightened realism on American Vandal and instantly we feel invested in the family's tribulations. Chris Sheffield and Michaela McManus play off each other well and Sheffield’s descent into paranoia and delusion feels naturalistic. We know a lot of these characters in our daily lives and even when they are unlikable we feel concerned for their well-being.

The film relies heavily on sound (the film’s title has a double meaning) to provoke feelings of unease in the audience, but suffers from a few too many string hits we are used to as genre fans. While light on traditional scares, the film cultivates a continuing sense of dread and except for a few lulls near the middle of Act 2, keeps up a steady escalating pace. Audiences may feel they did not get enough jumpy moments, but Archambault’s off-putting recurring role was well worth the watch. There are a few forgivable plot contrivances including an egregious HIPAA violation that they try to call out and a questionably unprosecuted shoplifting. (I watch these films as a lawyer-- I cannot turn it off). The ending felt rewarding, despite some narration that spelled things out with the subtlety of a mack truck slamming on its brakes.

The Block Island Sound is an effective horror film by the McManus Brothers that feels like a home cooked meal. You might not be surprised by what you are getting, but you will want to go back for more. My compliments to the chefs!