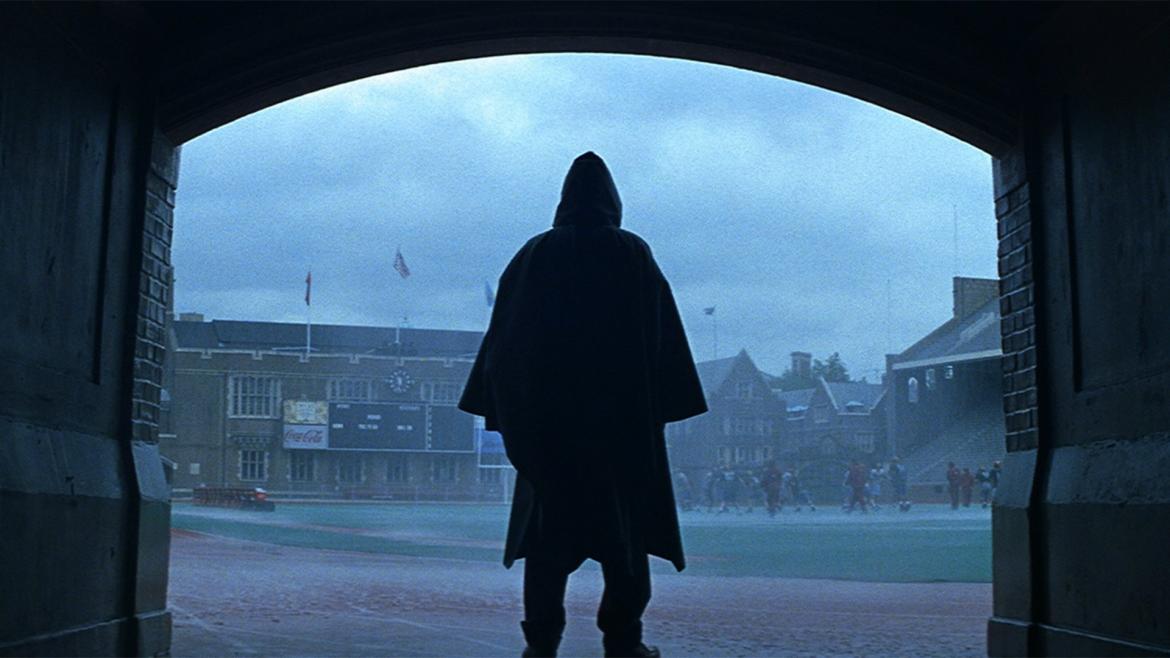 In a genre dominated by excess, where the incredible, CGI-powered feats of one superhuman are no longer enough to satiate us thus leading to games of team-building one-upmanship, 2000’s Unbreakable stands apart. Working without the bombast of the average superhero film, writer/director M. Night Shyamalan instead gives viewers a quiet movie. His film’s climax is a dramatic conversation; its big fight scene is more street fight than tightly-choreographed Hollywood showdown. In many ways, Unbreakable is a strange film to look back on with eyes conditioned by the present state of superhero cinema. However, it’s also a testament to the versatility of the genre and the types of stories it can tell.

Bruce Willis stars in the film as David Dunn, an unassuming blue-collar guy who gains some notoriety after surviving a horrific train crash without suffering so much as a scratch. This captures the attention of Elijah Price (Samuel L. Jackson), a comic book art dealer afflicted with a rare disease that renders his bones extremely fragile. Price envisions himself and Dunn as opposite ends of a spectrum informed by comic book archetypes. If his bones break like glass, Price reasons, then there must be a balance, someone immune to human fragilities. As evidence mounts in favor of Price’s claim, and despite his lingering doubts, Dunn is swept up, going to dangerous lengths to put it to the test.

Willis and Jackson are both excellent here, each man playing against type. The one-liners and larger-than-life swagger we’re so used to seeing from them are nowhere to be found. Instead, Willis and Jackson each display a persistent vulnerability and sadness that, as Price sagely theorizes, comes from not knowing one’s place in the world.

If there are flaws in Unbreakable, they come in the form of a climactic fight that feels hurried, especially when compared to the methodical pacing of the rest of the film. Also, there are a few intimate moments where Shyamalan’s dialogue treads perilously close to the inadvertent goofiness that would drown some of his later works. These faults are minor, however, far from kryptonite-scale weaknesses.

Unbreakable is a brilliant counter-balance to a world overrun with the bigger means better theologies of the Marvel and DC cinematic universes. Even as it carves out its own niche, it still pays loving tribute to the comics that inspired it. The result is a challenging and surprisingly personal superhero origin story that explores the fallout from suddenly waking up to the possibility that you are more than what you appear.