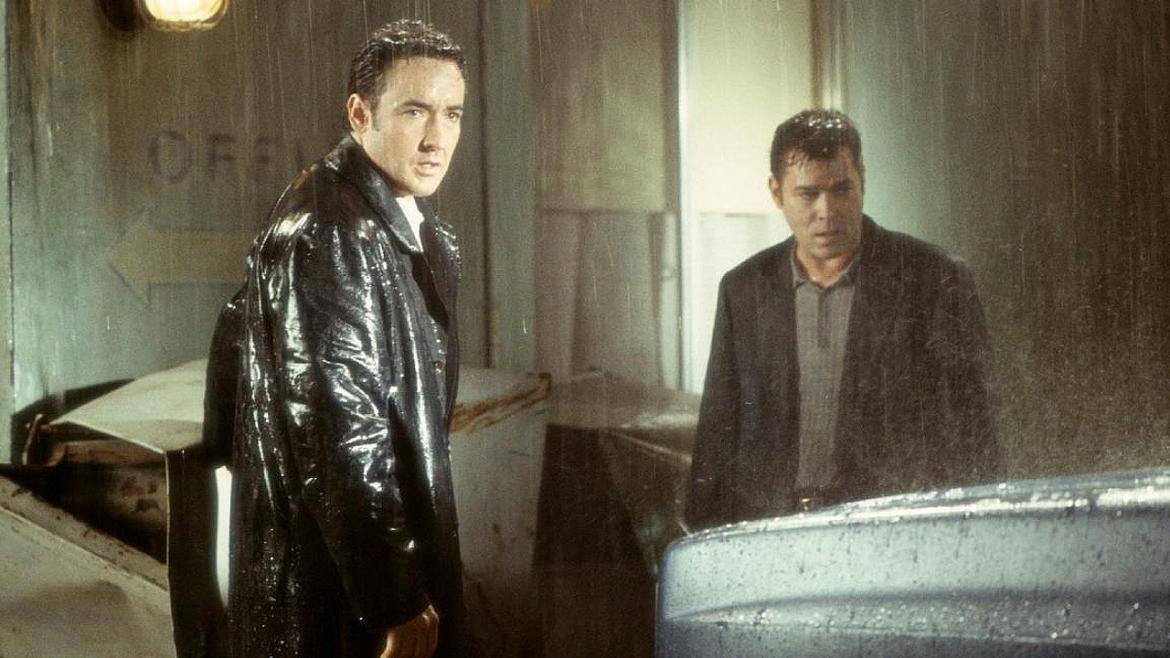 In 2003’s absorbing psychological thriller Identity, a dark and violently stormy night traps ten travelers at a back roads motel. Apparently, in addition to the usual travel necessities, many of these folks packed some sizable secrets for their respective trips. One-by-one the members of the group begin to die, victims of an unseen killer. As their numbers dwindle and their secrets come to light, it becomes clear their arrival at the motel may not have been a coincidence.

Identity, which was directed by James Mangold (Walk the Line) and written by Michael Cooney (the killer snowman version of Jack Frost), is a product of its era. It’s drenched in the conventions that dominated the thriller scene of the late 90’s and early 00’s. It takes a story of damaged psyches and wraps it with plethora of twists and a plot structure that isn’t always linear. If you’ve seen one movie from that time period, you’ll probably have a good idea of where Identity is heading. Sussing out the film’s killer is a tougher challenge, but not impossible. Especially not for those accustomed to navigating Agatha Christie whodunits.

While much of the film feels familiar, Identity isn’t just another derivative and forgettable thriller. It has a few things working hard to elevate it, the first of which is the cast. John Cusak gets top billing and that man works a trench coat like nobody’s business. Besides wardrobe icon, he also soundly fills the role of well-meaning limo driver and ex-cop who emerges as the natural leader of the group. Ray Liotta delivers a solid performance as a traditional Ray Liotta character: intense cop with a suspect history. Amanda Peet is tasked with and succeeds in supplying the film’s emotional center, portraying a lady of the night with simpler, all-American aspirations. There’s no drop off as you dig into the supporting cast. Populated by the likes of John C. McGinley and Rebecca De Mornay, this group – with the help of good writing – instills some depth in characters other films may have glossed over.

The film’s atmosphere and setting are also strong points. The sight of a trench-coated Cusak stomping around this surprisingly-sprawling motel complex in a torrential downpour adds just the right amount of killer noir-flair to the proceedings. Out of the way motels by their nature have a sinister air and the one our characters end up trapped in is spread out enough to offer plenty of places for a killer to hide. However, it also has a number of tight spots to balance in a claustrophobic feel.

Identity may be a product of its time, but it’s certainly not limited to it. It effectively splices Agatha Christie’s And Then There Were None with some Y2K-era staples and wraps that whole package together with great work both in front and behind the camera. Its mysteries may not completely hold up, but Identity still stands as a decidedly turn of the millennium thriller you won’t need a time machine to enjoy.