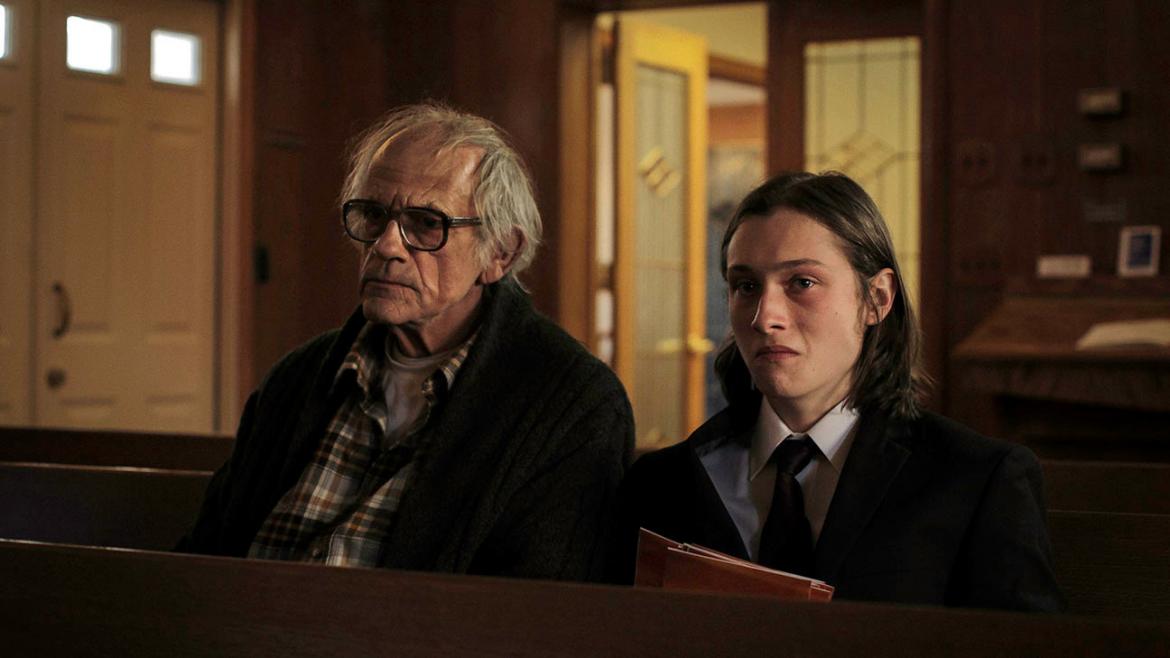 I Am Not a Serial Killer (Movie Review)

Not being familiar with Dan Wells' novel one can assume while watching Billy O'Brien's adaptation of I Am Not a Serial Killer that Jeff Lindsay's Darkly Dreaming Dexter as well as the accompanying Showtime series played heavy inspiration in this particular slice of macabre fiction. The title in and of itself seems like it could be something Bart Simpson is seen writing repeatedly on the chalkboard in the intro of a Treehouse of Horror episode. O'Brien's film however manages to keep the viewer on their toes with playfully dark humor and an injection of supernatural shenanigans.

Max Records stars as John Wayne Cleaver, a diagnosed sociopath who works at a morturary owned by his mother, April (Laura Fraser). John follows a strict regimen to control his homicidal tendancies, such as complimenting someone whenever he has the urge to hurt them. However, when his sleepy Minnesota town becomes the stomping ground of a serial killer who leaves puddles of black goo at every crime scene John becomes obsessed with finding the person responsible. What he finds challenges everything he thought he knew and threatens to undo everything he's done to surpress his urges.

I Am Not a Serial Killer plays liberally with the idea of John Wayne Cleaver as a character and what makes him a sociopath. John is complex to say the least; he is obsessed with death, claims to not care about anyone, but enjoys helping out his elderly neighbors, writes research papers about famous serial killers, and goes to great lengths to keep himself from harming people. It's Records' performance that give an extra bit of depth to the character. There's emotion to the performance, which perhaps contradicts the sociopathic nature of the character, but also creates a deeper well in which to dive.

O'Brien shot the film in 16mm which gives the film a grainy aesthetic which only adds to the moody nature of the small and snowy Minnesota town. Subtle shots, like John scraping a fork under the table as a bully torments him, adds wonderfully to the fractured mindset of John as a character while bridging the audience's understanding of the anti-hero. Then the great Christopher Lloyd joins the party and the film really begins to roll. Lloyd delivers a phenomenally understated performance that anchors the film even though Records remains the star.

A twist early on in the film at times undercuts a lot of the good that Lloyd and Records build throughout, but ultimately works in spite of the fact that the concept could breathe well enough on its own without it. Even still, the inclusion gives the viewer an extra bit to chew on as the film branches beyond into additional entries- should IFC see the entire trilogy through to the end.

I Am Not a Serial Killer is not your typical YA novel adaptation and therein lies some of its unconventional charm. There's an air of sadness beneath the dark comedy that gives O'Brien's film a unique feel, while also preventing it from delivering the final almighty "wow" factor. As a jumping off point I Am Not a Serial Killer delivers in spades. It's an intriguing, sympathetic, darkly funny, and personal excursion into the mind of a young sociopath. With two more novels ripe for adaptation let's just hope we haven't seen the last of John Wayne Cleaver's cinematic journey.