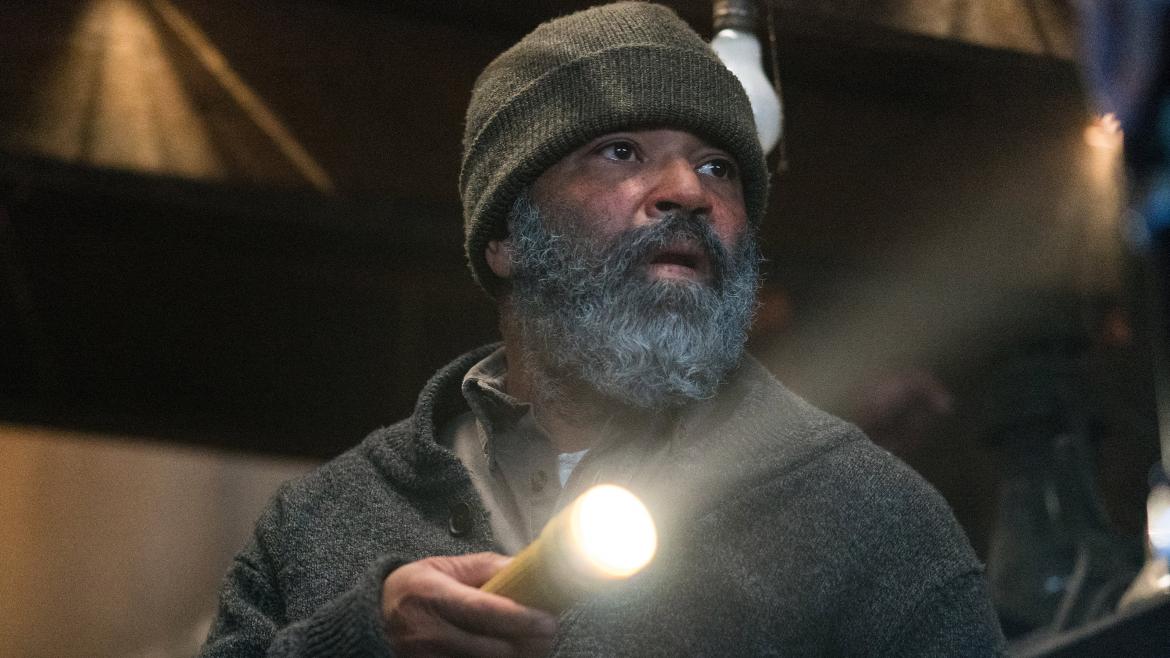 As Jeffrey Wright's character Russell Core posits early in Jeremy Saulnier's latest, "I'm here to help if I can. To explain this, if I can...", the words stick like the icy Alaskan snow on Mr. Core's borrowed boots.  He is searching for a missing 6-year old boy at hands, or paws if you will, of a pack of wolves. These simple words serve as a mission statement for the remainder of Hold the Dark, because while the premise of Saulnier's film can be condensed simply enough, the ride from opening to end credits isn't nearly as such. Though, it's debatable if Mr. Core is ever really able to satisfyingly or full explain "this".

As mentioned above, the film follows Russell Core, a nature writer and wolf expert, as he's summoned by Medora Slone (Riley Keough) to hunt the wolf she says took her 6-year old son, Bailey, and two other children in the sleepy Alaskan village of Keelut. From there we quickly realize that Core's search is less about the harsh unforgiving ways of nature and more about the unfathomable violence humans are capable of and the mental toll of extreme isolation.

In many ways Hold the Dark could serve as a companion piece to Taylor Sheridan's Wind River. Both feature experts/outsiders to help investigate a missing person and in both the characters get more than they bargained for. Similarly, the depths of human evil are also a major factor. The lack of outright horror or driving action could be discouraging for anyone hoping for Saulnier's version of The Grey.

Though unfamiliar with the novel, by all accounts Macon Blair's adaptation as well as Saulnier's vision appear to be largely in sync. What begins as a potential exercise in man vs. nature quickly transitions into a crime thriller, which in the hands of any other filmmaker would be fairly straightforward, but in the hands of a director as unique a talent as Saulnier every scene has an intense beauty to it. The dialogue too is so much more involved than your typical screenplay, a testament to the ongoing collaboration between Saulnier and Blair.

Hold the Dark is a quiet film punctuated by moments of explosive violence which, as always, Saulnier frames matter-of-factly and never revels in. Characters speak softly and deliberately, though often with ominous intent. Several highlighted scenes play out with a quiet intensity--particularly a tense conversation that leads into an extended shootout which is somewhat surreal to watch in a post Las Vegas mass shooting climate (though the circumstances and setting are vastly different). The interactions and character demeanors are a reflection of the film's tone and exploration of the effect of isolation in a remote corner of the world. As it pertains to Wright's performance there is a sense of road weary naivety; a man who has been beaten down by life, witnessing horror he's unprepared to process. Alexander Skarsgard, who plays Medora's husband, too exudes the quiet and stoic cold of the area he grew up in, though his character's arc leads to many of the film's problematic moments, particularly in the climax.

A definitive pivot from the in your face aggressiveness of Green Room but no less effective, Saulnier's Hold the Dark is narratively light yet brutally dark. Destined to be Saulnier's most divisive feature so far and visually deserves more than its small screen streaming release structure, Hold the Dark is one of Netflix's most fascinating and challenging originals to date.

Kiss of the Damned