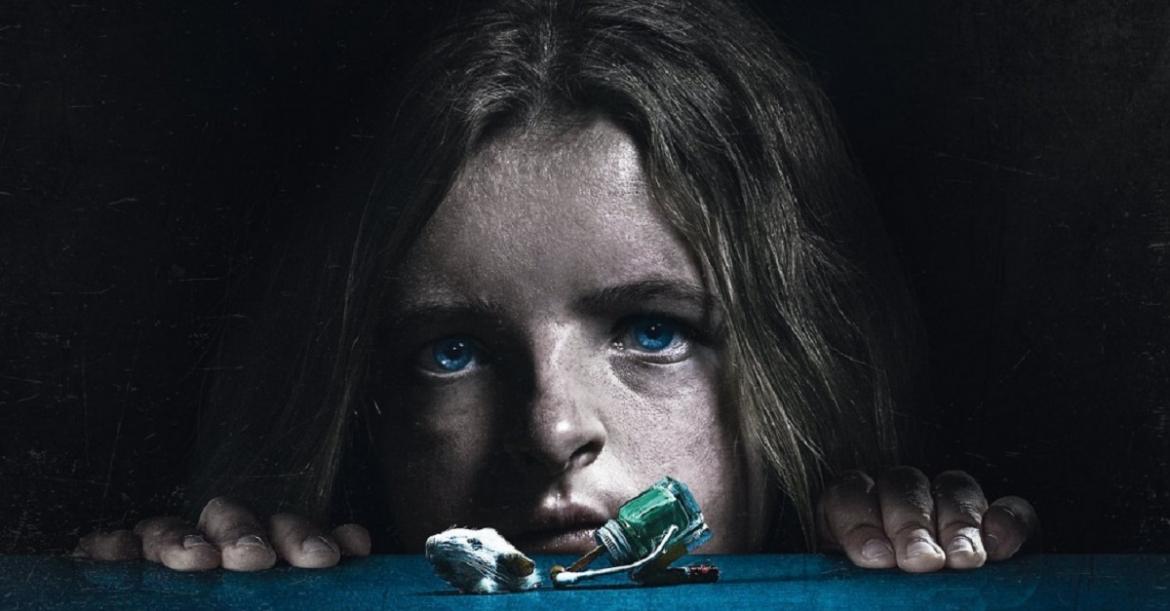 Before it reaches its second act, Hereditary has already shown its hand. It’s a shame, because to propel the film forward, writer/director Ari Aster conjures up the most emotionally convincing and gut wrenching sequence you’ll see on screen this year. As a film about loss and grieving, though, it’s hard to sit back and fully appreciate Aster’s feature debut when the hardships the Graham family faces are experienced in oversaturated waves, leaving one feeling broken, frustrated, and perplexed. Much as Annie (Toni Collette) laments on the state of her fractured household, by the film’s dizzying and logistically haphazard conclusion we sit back thinking, “And what a waste.”

While Hereditary culls from a catalogue of unholy films that feed on atmosphere and dread, Aster is less a student of horror, and more of a casual observer. When we first meet Annie, she’s grief stricken over the death of her mother — a woman who had “private rituals, private friends,” frequently distancing herself from loved ones. This, however, isn’t unlike the entire Graham family. Annie’s son, Peter (Alex Wolff), often sulks in the background, hesitant to express any weakness. Steve (Gabriel Byrne), keeps to his own affairs, silently mourning the mounting disconnect with his wife. And their daughter, Charlie (played with devout understanding of the material by the young Milly Shapiro), says little to anyone, choosing to spend her time building dolls made from severed bird heads.

In painstaking detail, Aster reminds us that the grandmother’s death was not the beginning of this collective silence. It’s a good setup, one that Aster fails to deliver on because Annie is so emotionally removed that it’s impossible to develop empathy for her as our heroine. As Annie’s relationship with Peter begins to crumble, Collette delivers a committed (if overly calculated) performance, but Wolff’s oftentimes-unwatchable hysteria serves to remind us how little Aster has developed their differences. Annie's evolution into becoming a caring mother has no sound logic, as the setup and second act establishes her lack of or ambition for maternal instincts. As a blanket statement on the grieving process, Hereditary wants to tell us that everyone grieves differently — a true statement in real life — but in a film such a characterization is noncommittal, allowing the writer to change a character's motivation on a whim without concern for continuity, something that Aster does quite frequently.

This is where the film’s muteness is deafening, becoming too unreal as the story unfolds, and further distancing us from connecting with the characters. Taken as a character study, it’s a travesty. As an exploration on the grieving process, Hereditary uses characters to represent individual aspects of its metaphor. Yet, all too often the film relies on telling audiences what it’s thinking, rather than letting interactions occur organically and see stunted relationships chip away at a person's sanity. The perpetually terrifying Ann Dowd tries to unravel some of Annie’s deepest repressions, but Dowd only serves to complicate an already convoluted and drowning script.

Not only should Aster have had a co-writer for Hereditary, but as a director, tonal and technical management are far outside his grasp. While the first two-thirds of Hereditary intends to establish the unsettling malignance brewing around and within the Graham family, the film often veers uncomfortably into the realm of comedy. Even though comedy can be used as a tool for unsettling an audience, Hereditary is often funny because it takes itself too seriously, a flaw that could have been mended had Aster engaged believable characters and scenarios. The film operates on two polarities: hysteria or silence, with no space for characters to grow or develop, dampening consequence.

Despite its reverence for late 1960s and early 1970s horror, the noticeably digital qualities of Hereditary become distracting. While most theaters don't project on film today, the technical possibilities of digital photography allow for the manipulation of image quality, a decision Aster seems to forego. It is a simple, but noticeable decision that separates Hereditary from something like The House of the Devil (which was shot on 16mm), which draws upon similar themes and visual stylings of the era, but executes them with technical precision and attention to milieu. Smaller errors, too, plague the film, such as repeated ADR (additional dialogue recording) mishaps when dialogue doesn’t match the actor speaking it, and letting Byrne’s Irish accent slip during moments of heightened tension. As all of these compound, one wonders if Aster was ready to make the leap into feature filmmaking when simple elements of the production could not be executed thoughtfully.

A24 has again unleashed a genius campaign for Hereditary, touting it as the next great entry in the horror pantheon. It’s hardly a surprise that the film is oversold for what it is, and also for how good it promises to be. The overwhelming takeaway from Hereditary is that there is better horror out there, using many of the same techniques and themes. Aster’s missteps are due to a lack of understanding where horror truly comes from and what inspires it, logically, emotionally, and spatially. All too often Hereditary is caught up in repressing its twisted logic to be willing to admit its fears and explore them cohesively.