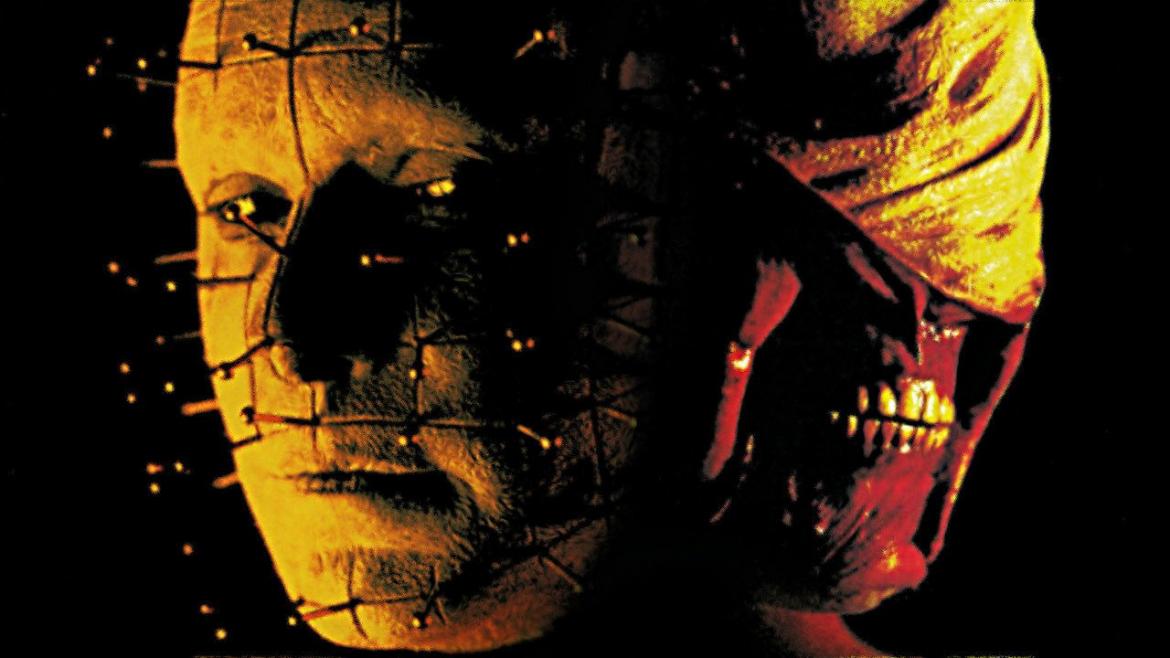 Hellraiser: Inferno is the first of the direct to video films in the series, and it's also the first film in the series in which it's glaringly obvious that the filmmakers had an unrelated script and just slapped the Hellraiser moniker on it.

In Inferno, Detective Joseph Thorne (Craig Sheffer) finds himself  tumbling down a rabbit hole of insanity that starts with a familiar puzzle box and may or may not have a certain prickly Cenobite at its end.

There's an alternate reality in which an entry in this franchise was done as noir and it was amazing; what we get in our reality, however, is a movie that feels like any number of interchangeable, cheesy, late 90s thrillers that would have shown up on Cinemax, with the rare bit of imagery that barely approximates Hellraiser thrown in. All the "bad cop" cliches are present in Thorne, but we're supposed to be convinced that he's also a Holmesian level puzzle solver; like most things in this film, this just feels unconvincing.

Pinhead himself (Doug Bradley) is barely in the movie at all. This in and of itself isn't bad - the cenobites are hardly in the first movie either - but the Hellraiser accoutrements here are window dressing and nothing more. This was originally a generic supernatural thriller in which a dirty cop hunts down some generic evil force called the Engineer through generic hellish insanity, and someone at Dimension Films realized that they could manage some brand recognition by throwing the Hellraiser name on it. Nothing feels right here. There's always been a sensuality to the horrors in this franchise until now. That's kind of the point behind the bdsm, pain is pleasure aesthetic. Again, it's not even that an interesting riff on the "is this insanity or is this hell?" trope couldn't be done in the context of Hellraiser, but things just feel ham fisted and sloppy here. For instance, Thorne's search for The Engineer takes him to a cowboy bar at one point. Why a cowboy bar? Wouldn't this have been a perfect opportunity to tie things in to the elements of the series by having him end up at a bdsm club? My guess: it happened to be a cowboy bar in the original script and they just didn't even want to put in the effort of figuring out how to use that element to mesh more with the property or they had a bunch of cowboy wardrobe sitting around. It's one of many instances where it's hard to ignore the "lazy" written across the face of the film.

The acting is pretty much what you'd expect from a dtv film from the time. Sheffer (no stranger to Barker's work, having been the lead in Nightbreed) is okay here, but his voiceover, essential for a noir film, is laughable at every turn. Even Bradley, previously a highlight in the lowest points of the series, is phoning it in here. It's hard to blame him with the little he's given to do as a character that written as a distant approximation of the one he's become known for.

It doesn't come as a surprise that the production values have dropped drastically. It's sad to see a series that's so tied to creative gore FX come to such a generic place. Even the new cenobites look cheap and unimpressive now, it's almost as if the requirement was to do as little sculpting as possible.

Overall, it is just too obvious that no one really gave a crap about making Hellraiser: Inferno a good film, which is its own form of hell for the viewer.